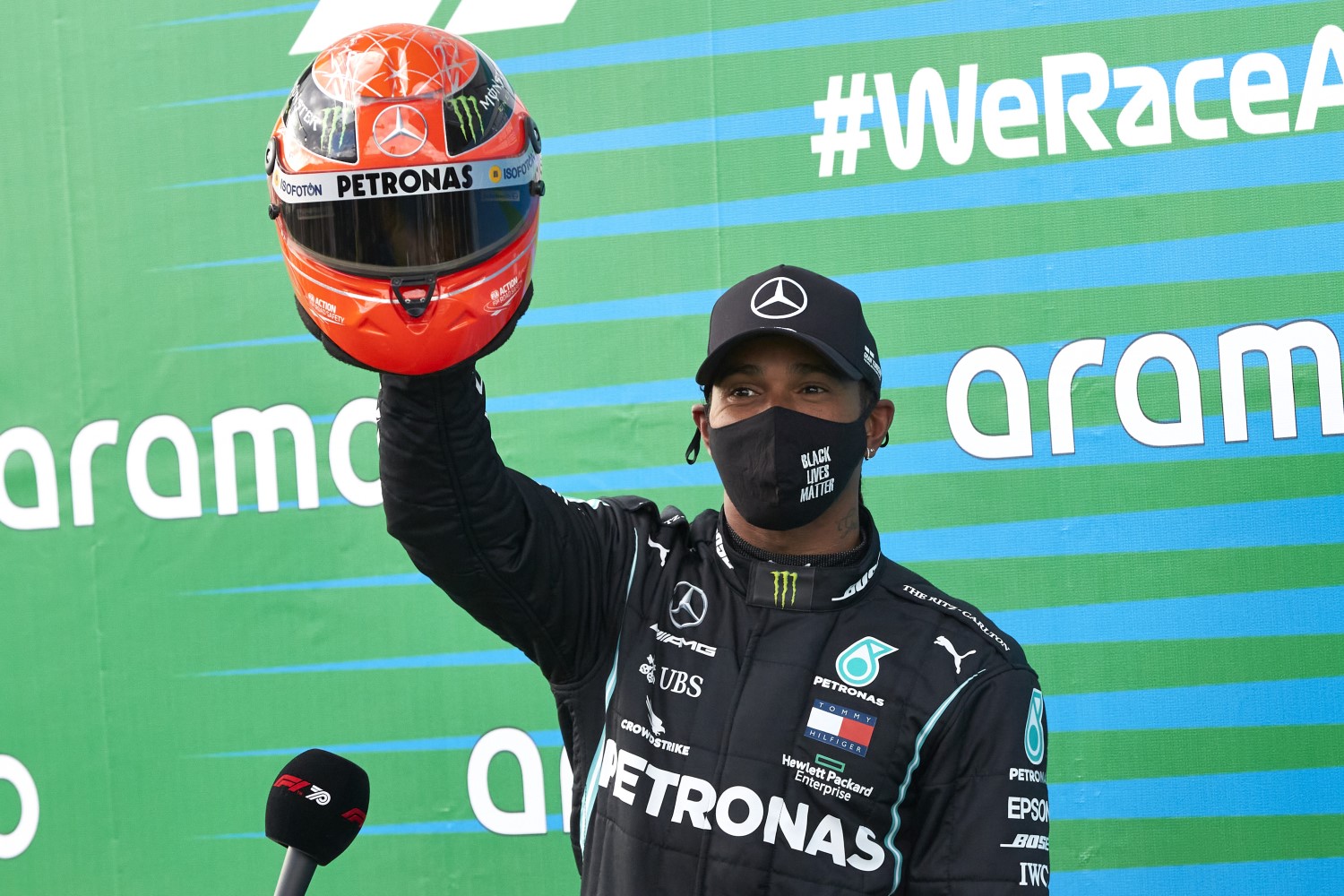 The six-time world champion, who is cruising towards equalling Michael Schumacher’s seven titles this year, broke Schumacher’s record of 91 wins in Portugal on Sunday.

And yet, he is still yet to sign a new contract for 2021 and beyond.

“I still want to race, but I don’t know for how much longer,” Hamilton said, indicating that he would prefer a one or two-year deal rather than a longer one.

“All I can say is that I plan to be here next year,” the Mercedes driver added.

According to Hamilton’s former Mercedes teammate Nico Rosberg, he thinks the hold-up could be because Toto Wolff is also yet to re-commit to the team contractually.

“Lewis is convinced that Toto is an important part of the success of the team, and that’s true,” he said. “Toto absolutely is.

“If he (Wolff) leaves, it could start a chain reaction,” Rosberg told RTL.

Others, though, think Hamilton is demanding a pay-rise based on his latest record achievements, even in the midst of the corona crisis and team parent Daimler’s cost-cutting.

When asked about Hamilton’s market value on Sunday, Wolff told reporters: “You’re right, the value of Lewis is incredibly high at the moment.

“It looks like we’ll have to sell the motor home to pay for his services,” the Austrian joked.