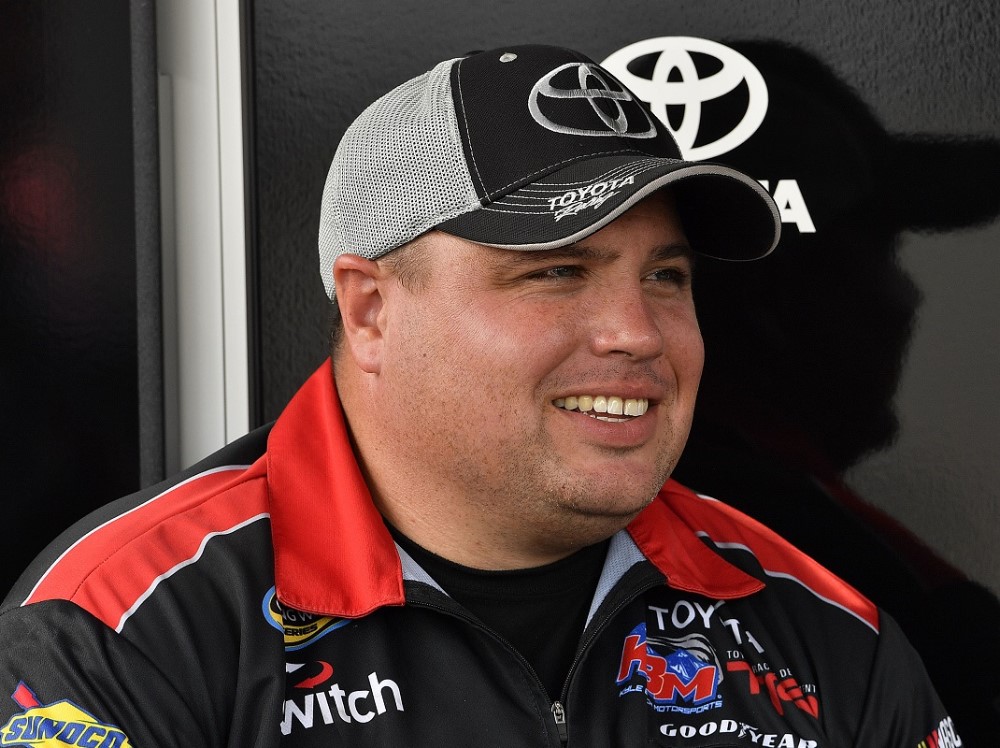 The 22-year-old driver will reunite with Rudy Fugle, who was named the crew chief of the No. 24 team on Monday. Fugle was Byron’s crew chief in the NASCAR Gander RV and Outdoors Truck Series in 2016 and will be replacing Chad Knaus, who will take on an executive role at Hendrick Motorsports after the 2020 season ends.

“(It’s) great news coming out with having Rudy on board next year for our team,” Byron said on SiriusXM during the rain delay at Texas Motor Speedway. “Obviously, Chad moved on to a bigger role with the company and I think Rudy will really fill this role well. We’ve got a great history together and he’s just a tremendous talent and I feel like he’s just a really hard worker, too. It’s going to be fun to work with him and build on that success we had a few years ago together.”

Even though Fugle has never been atop a Cup Series box, Byron is thrilled with the pairing.

“(Hendrick Motorsports) brought it to my attention that (Fugle) was who they had on their radar when Chad decided to go into a different role,” he said. “(The organization has) done a really good job understanding me and my personality and they feel like this is a great fit and that’s great, because I do, as well. I think it worked out perfectly.”

Since 2013, Fugle has been a crew chief with Kyle Busch Motorsports and has earned 28 overall victories in the series, which is tied for second-most. Byron said it was a group effort to ensure he had the right chemistry with the crew chief taking over the No. 24 team.

“We’re going into another year where communication is everything and Chad knows that,” Byron said. “This was Chad’s decision and (Hendrick Motorsports’) decision to get Rudy, and I think that a lot of it had to do with the fact that our communication is strong. He knows me extremely well. We’ve had success, which kind of helps with knowing what a driver needs and wants in the car. I do feel like it might take a little bit to adjust to the Cup car, but Rudy’s knowledge is second to none. He’s an engineer and he’s got a lot of great knowledge to build on and learn from.

“Having a crew chief who knows how to make something go fast is critical. I think he’ll adapt to a Cup car well.”