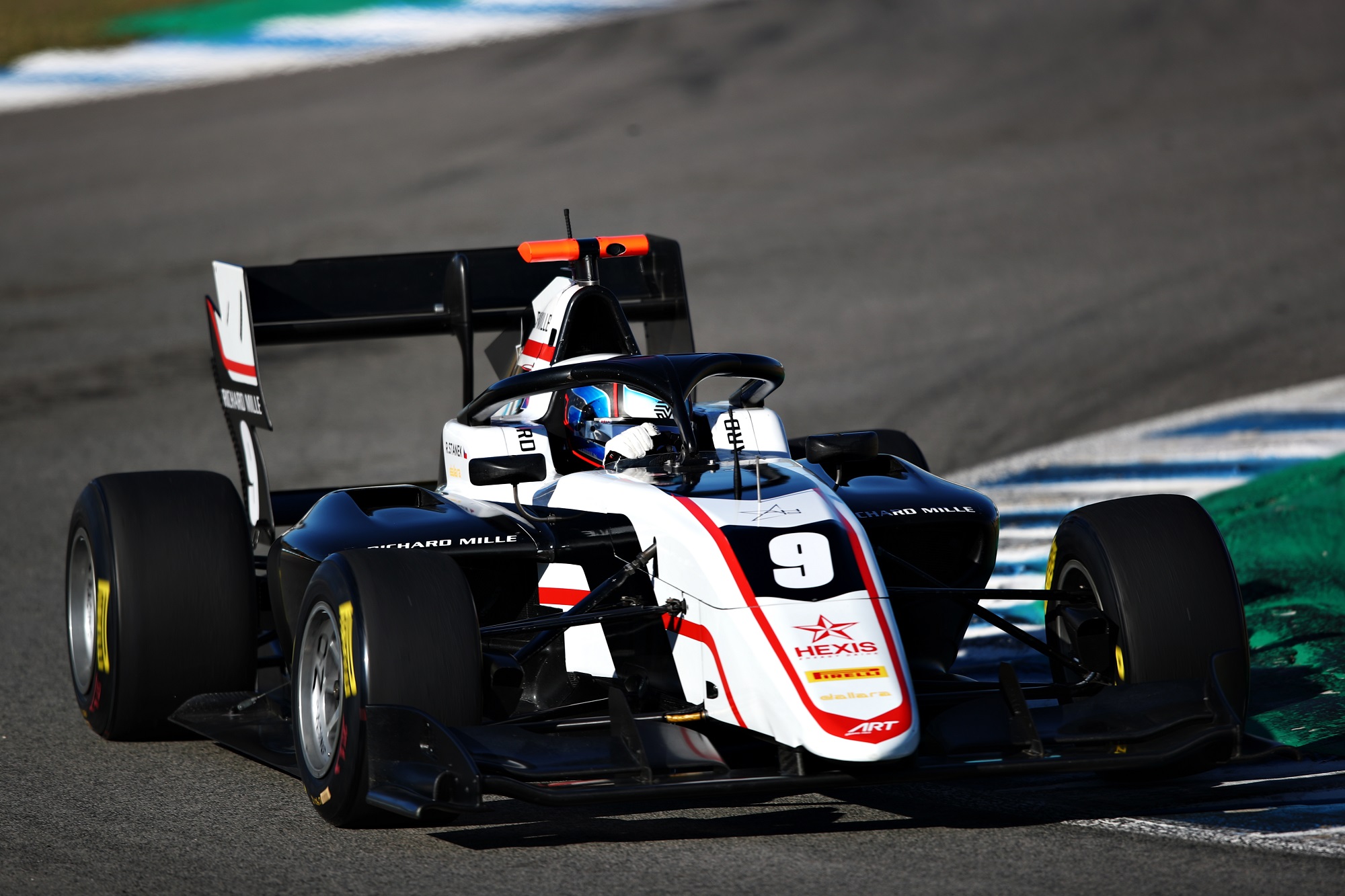 The F3 cars set out onto the Jerez circuit for the first time under cool temperatures on Tuesday morning and it was the recognizable name of Doohan who lit up the time screen first. The Australian racer was back with Trident after impressing with the Italian team last time out in Barcelona.

Filip Ugran was the first to set a meaningful lap, as the Romanian rookie beat out Doohan with a time of 1:33.541, on his second outing with Jenzer Motorsport.

The times dropped further, and the rookies continued to impress. Renault junior Caio Collet was the next driver to taste the top of the leaderboard, taking two seconds off Ugran’s time to steal P1 in the PREMA.

Experience came to the fore in the final hour of the session as Frederik Vesti flexed his muscles on his return to F3 machinery and claimed first. The Dane had swapped PREMA for ART Grand Prix and lapped Jerez in 1:30.738, beating out Clement Novalak and Cameron Das. The Dane would end up dropping down to fourth, with Das in seventh and Novalak ninth.

With half an hour to go, Hoggard was the only rookie inside of the top ten and momentarily stole first from Vesti, before he was beaten out by the returning Calan Williams, by two tenths. The Briton managed to hang on to sixth, just five hundredths off Matteo Nannini, who popped up in P5.

Doohan finished the session as he started it, lunging to first place in the final 20 minutes, beating out Williams with a tour of 1:30.165. While, Hauger managed to slip between the two of them for second. Igor Fraga, continuing with Hitech Grand Prix, sat eighth, as David Schumacher completed the top ten.

Testing with Charouz, 2020 title contender David Beckmann is aiding the Czech team in their preparations for the new season across the two days. The German was amongst the first out on track in the afternoon and set the standard at 1:31.367, ahead of Doohan and Jak Crawford.

Leclerc topped a familiar sounding front two shortly after, edging out Schumacher in the timesheets, with his teammate Hauger down in third. The Norwegian was eventually able to get the better of them both for first, but was then pipped by Hoggard, in the Hitech.

Hoggard was the first driver to break the 1m 31s barrier in the afternoon, and he was joined in the bracket by 15-year-old Crawford, who missed out on P1 by just 0.005s.

With 45 minutes to go, Doohan found his way back to the top of the order, nearly four tenths faster than fellow Trident tester Schumacher, who had fought back to P2. The Australian’s time was 0.004s faster than his quickest time in the morning.

With the temperature dropping and the track reaching its optimal condition, some of the field opted for a fresh set of rubber and a series of fast laps. Hoggard was one of these and bettered Doohan’s time by just over one tenth.

Stanek and Leclerc followed suit but went one better than Hoggard, breaking the 1m 30s barrier for the first time. Hauger completed the top five, with Enzo Fittipaldi, Fraga, Vesti and Collet also in the top ten.

Testing will resume at Jerez on Wednesday at 9am (local time), when Hoggard will look to carry his impressive form over to Campos, when he takes to the Spanish team’s car on Day 2.