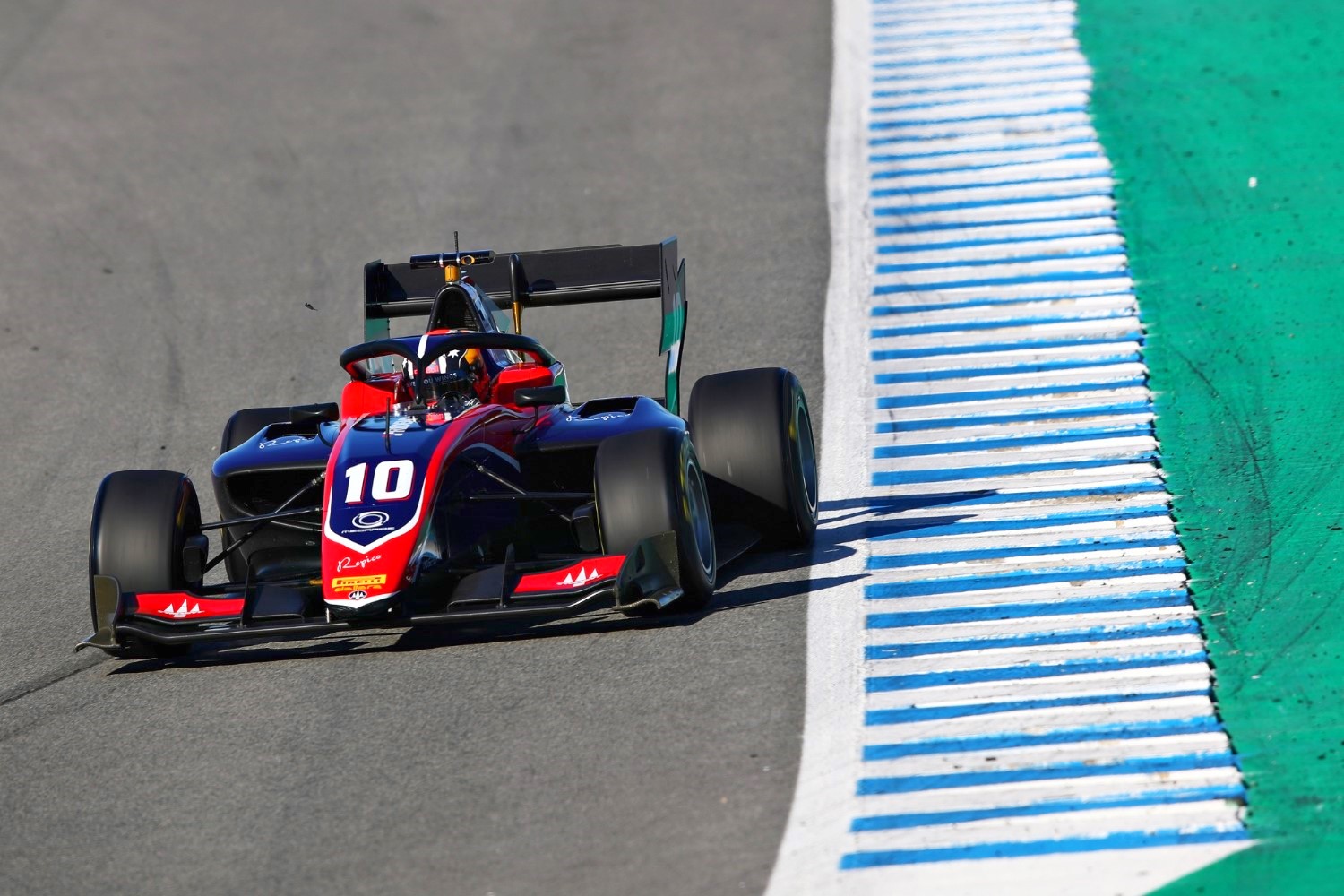 Experienced paid off for Jack Doohan (above), as the Australian finished fastest overall in the final 2020 FIA Formula 3 post-season test at Jerez. The Trident racer set the best time during a qualifying simulation in the morning session, lapping at 1:29.041, just 0.0019s faster than his Carlin teammate, Clement Novalak.

The temperature was once again mild as the cars hit the track in Jerez for the final day of post-season testing this year. Dennis Hauger led the field out of the traps and set the early standard at 1:30.043, during a flurry of early fast laps.

Shortly after, a fresh set of tires were chucked on and Enzo Fittipaldi replaced the PREMA driver at the top of the timesheets, punching in the fastest time of testing at Jerez so far, lapping at 1:29.675.

There were a couple of stoppages around the hour mark as Alessandro Famularo came to a halt at the chicane, before Ollie Caldwell skidded off track at Turn 9.

Doohan skipped to the top of the standings when action resumed. The Australian was creeping towards the 1m 29s barrier, beating out Hauger and Caio Collet with a time of 1:29.041.

Turn 9 was proving tricky to master, as Francesco Pizzi went crunching through the gravel at the same place as Caldwell, bringing out a brief red flag.

Jonathon Hoggard swerved off track and onto the gravel at Turn 5 in the final stages, bringing out another red flag, which ended the session five minutes early. This meant that Doohan finished the session in first place, beating out his teammate Clement Novalak by less than two hundredths of a second.

They may not have been able to touch the Trident duo for pace, but Calan Williams, Crawford, David Beckmann and Hauger were all able to get the better of Collet, who dropped down the order to seventh. Hoggard finished eighth with Campos, as Arthur Leclerc and Fittipaldi completed the top ten.

The cars headed back out onto the track for the final time after lunch and were prioritizing race runs as they looked to gather some final data. Igor Fraga found time for a fast lap early on, touring at 1:30.091, ahead of Calan Williams and David Beckmann.

There was a brief red flag as Arthur Leclerc stopped off track at Turn 8, but action soon resumed with Fraga still on top, the Brazilian completing more than 50 laps in the afternoon alone.

Little else would change in the final 90 minutes, as Fraga held on to first place ahead of Williams and Collet. Hauger took fourth, ahead of Hoggard, Leclerc and Cameron Das. Frederik Vesti, Beckmann and Bent Viscaal completed the top ten.

The tests in Jerez conclude the F3 Championship for 2020.