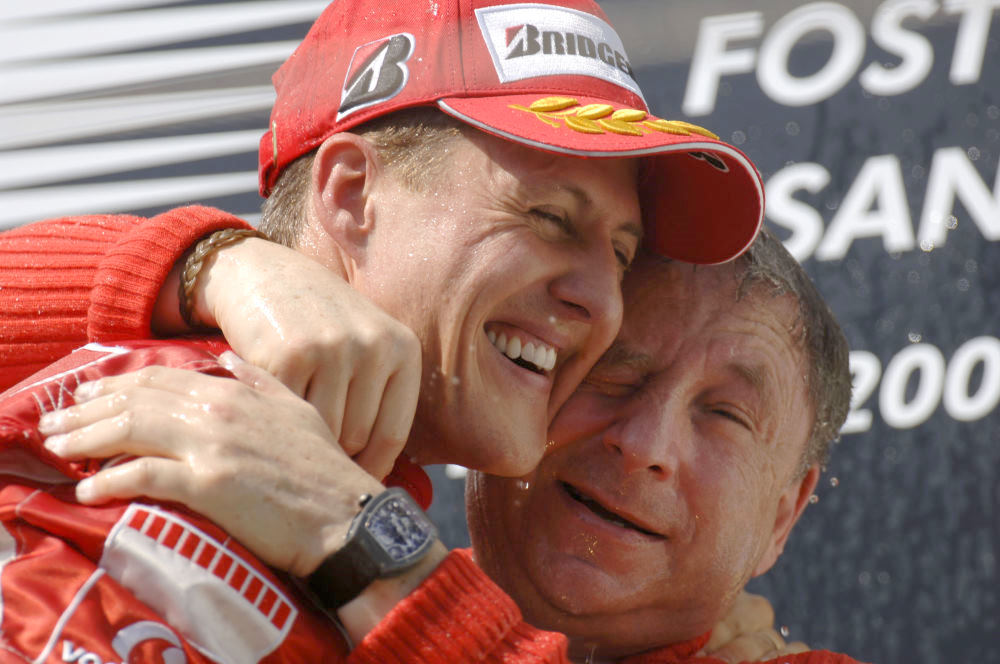 4 years on from the last San Marino Grand Prix in 2006, won by Michael Schumacher in a Ferrari 248 F1, Formula 1 returns to the Autodromo Enzo e Dino Ferrari at Imola for the Emilia Romagna Grand Prix, round 13 of the 2020 season and the third race on Italian soil this year, after those in Monza and Mugello.

It is 40 years since the World Championship first raced at the Santerno circuit, when it hosted the Italian GP instead of Monza, which was closed for modernization. The following year, the national race returned to Monza on the outskirts of Milan, but for 26 years, Imola hosted the San Marino Grand Prix. Scuderia Ferrari has won here eight times, the first in 1982 with Didier Pironi in a race where relations soured between the Frenchman and his Canadian team-mate Gilles Villeneuve.

Following on from September’s sojourn to Monza and Mugello the upcoming round at Imola will be the third Formula 1 World Championship to take place on Italian soil in 2020. This matches the record from 1982, when a trio of circuits in the United States – Long Beach, Detroit and Caesars Palace – were present on the schedule. Imola has not featured in the championship since 2006 and for its 2020 return it will be known as the Emilia Romagna Grand Prix, after the province in which the circuit is located. It will also be the 100th Formula 1 World Championship round to take place in Italy – the first country in the world to reach such a milestone.

Less track time. A two day weekend format is being trialed for the first time, even if it happened through force majeure in the Eifel Grand Prix when bad weather at the Nürburgring washed out Friday practice. It could be the way forward to allow additional races to be added to the calendar without spending too many days travelling far from home. Pre-event media activity moves from Thursday to Friday and the cars take to the track for the first time at 10 CET on Saturday for 90 minutes of free practice. Qualifying follows at 14, with the race on Sunday 1 November getting underway at 13.10 to ensure there is sufficient daylight in the four-hour window within which the event must end.

New layout. There are no lap times to aim for, partly because Formula 1 has not been here for several years and mainly down to the fact the layout has been changed: the chicane leading onto the pit straight has gone so that now, from the exit to Rivazza to the Tamburello chicane, the cars are accelerating all the way. Lap time should be around the 1 minute 14 second mark, much faster than Schumacher’s time of 1’20”411 set in 2004. Otherwise, the track is unchanged with its legendary corners such as the high speed Villeneuve, Tosa, the demanding Piratella and the downhill Acque Minerali. 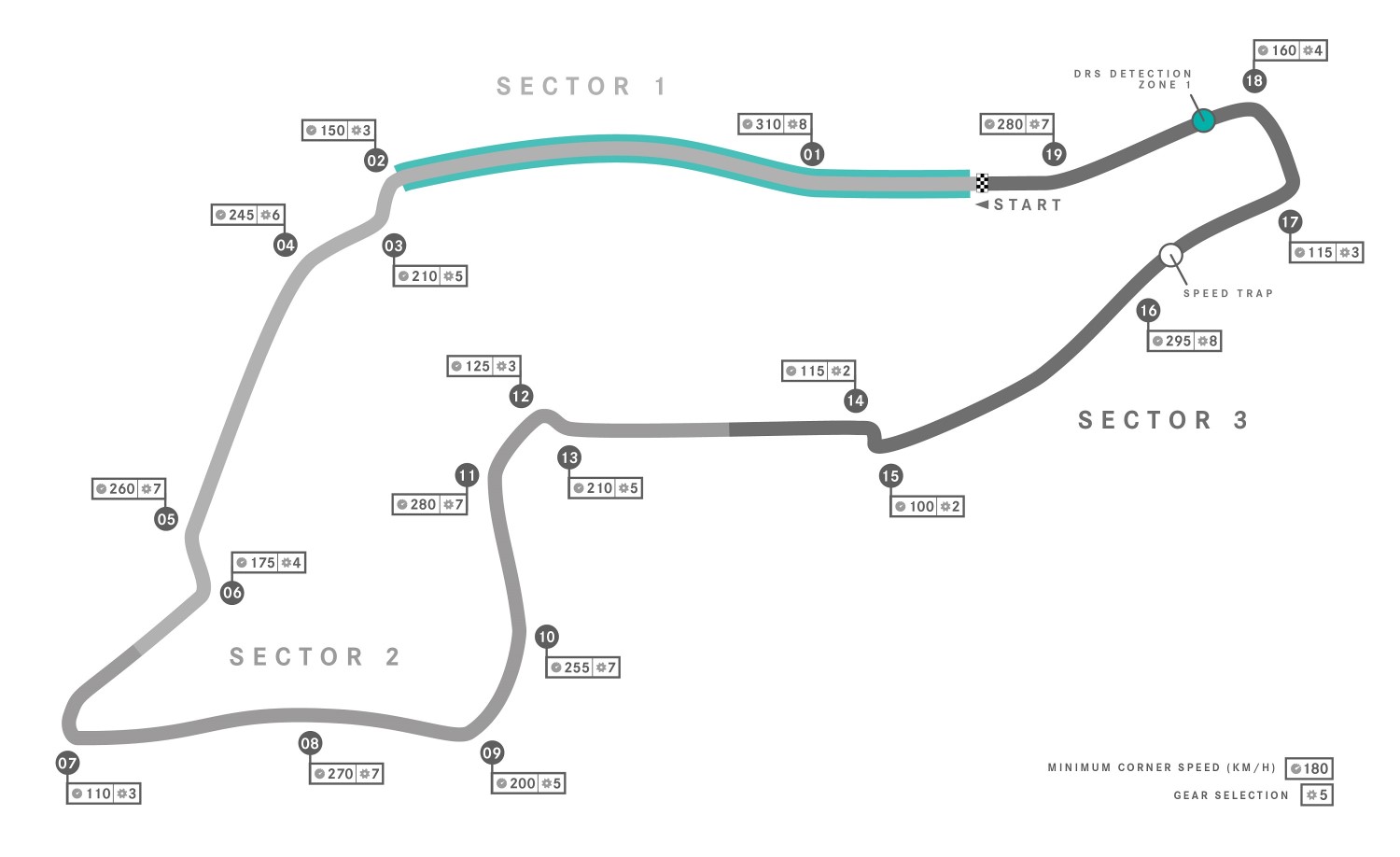 Dave Robson, Williams Head of Vehicle Performance: This week is our third trip of the year to Italy, this time for the Emilia Romagna Grand Prix at the famous Imola circuit. Although we have raced here in the past, this is essentially another new circuit and will present all the challenges that we have faced recently in Mugello and Portimão. However, this week there is the additional complexity of the shorter event format. A single free practice session shortly before the qualifying practice session will put a lot of pressure on the drivers and engineers alike and we are likely to see a range of approaches from the teams.
For this two-day event, Pirelli have made available ten sets of tires per driver, meaning that three sets are to be returned after the free practice session. The compounds are from the middle of Pirelli’s range and are overall softer than the tires taken to Portimão.

Over the years, the circuit itself has been remodeled numerous times, but it retains the fast-flowing nature, the unusual anti-clockwise direction and the famous corners at Piratella, Acque Minerali and Rivazza. The run from the second part of Rivazza to the chicane at Tamburello is now flat-out passing the new pit complex. Setting the car up to meet the demands of such an epic circuit will be difficult in just 90 minutes, but it’s a challenge that we are looking forward to. The weather looks like it will be stable and pleasant so we should see plenty of on-track activity throughout the weekend.

Spectators. Until very recently, it had been hoped that spectators would be allowed to attend in limited numbers, but the worsening of the Covid-19 situation in Italy means that yesterday the decision was taken to hold the race behind closed doors. While fully agreeing with the decision, the Scuderia is sad it will not be able to salute its many fans at the track.

Fifth new name. The Emilia Romagna Grand Prix is the fifth new name of this Formula 1 season, the others being Styria, 70th Anniversary, Tuscan – Ferrari 1000 and Eifel. The only driver to have raced in Formula 1 at Imola is the veteran Kimi Raikkonen, with five appearances. In 1948, Enzo Ferrari was a consultant when work started on building the circuit. It was inaugurated in 1953 with a motorcycle race and cars raced here for the first time the following year in an event called the Conchiglia d’Oro Shell won by the works Ferrari Mondial driven by Umberto Maglioli.

What’s in a name. In 1970, at a City Council meeting the mayor of Imola, wishing to honor Ferrari and mark the importance of the links between the race track and the Maranello marque, named the circuit after Enzo Ferrari’s son Dino, who died at the age of 24 in 1956.  When Enzo himself passed away in 1988, the decision was taken to add the father’s name to that of his son.

2. The number of countries that have hosted three Formula 1 world championship rounds in the same season. Before Italy this year, with Monza, Mugello and Imola, in 1982, only the USA did the same with races at Long Beach, Detroit and Las Vegas. Up to the end of this year, a further six nations have hosted or will host two races in a season: Japan, Great Britain, Germany, Spain and this year, Austria and Bahrain.

10. Apart from cars and motorbikes, Imola’s Enzo e Dino Ferrari track has also been the venue for cycle racing: there have been 10 races in total, four for men, four for women and two time trials. Imola has hosted four times the world championship race for both men and women. The first time dates back to 1968 when Italy took gold with Vittorio Adorni and the women’s winner jersey was worn by Dutch rider Keetie Hage. The Worlds returned to Imola this year when Frenchman Julian Alaphilippe and Dutchwoman Anna van der Breggen were victorious, the latter also taking the time trial, which in the men’s category, much to the delight of the Italian crowd, the winner was Filippo Ganna. The Giro d’Italia has twice featured the Imola circuit in 2015, when the stage started in Forlì, won by Russia’s Ilnur Zakarin and in 2018, when it started from Osimo and Ireland’s Sam Bennett won. The circuit also hosted the 2009 Italian championships won by Filippo Pozzato and Monia Baccaille.

12. Drivers from the Emilia Romagna region have raced in Formula 1. The only one to have won a race was Lorenzo Bandini, born in Libya from parents born in Emilia Romagna. Cesare Perdisa and Stefano Modena made it to the podium, Alex Zanardi, Mauro Baldi and Pierluigi Martini all scored points, while the others are Nanni Galli, Andrea Montermini, Lamberto Leoni, Giuseppe Gabbiani, Siegfried Stohr and Marco Apicella.

13. The number of constructors from the Emilia Romagna region to have competed in Formula 1, starting with two teams currently racing, Ferrari and AlphaTauri, the latter formerly Minardi and Scuderia Toro Rosso, based in Faenza. Then the prestigious Maserati marque along with Dallara, both with podiums to their name and Tecno that scored points. Then there were ATS (Automobili Turismo e Sport), De Tomaso, Lambo (Lamborghini), Osca, Tec-Mec and finally Life, run by Ernesto Vita who tried but failed to race the W12 Rocchi engine.

90. The number of kilometers between Maranello and the Autodromo Enzo e Dino Ferrari. It’s the shortest trip of the year for the Scuderia, with Mugello being 122 kilometers from the factory and Monza even further away at 205 kilometers.