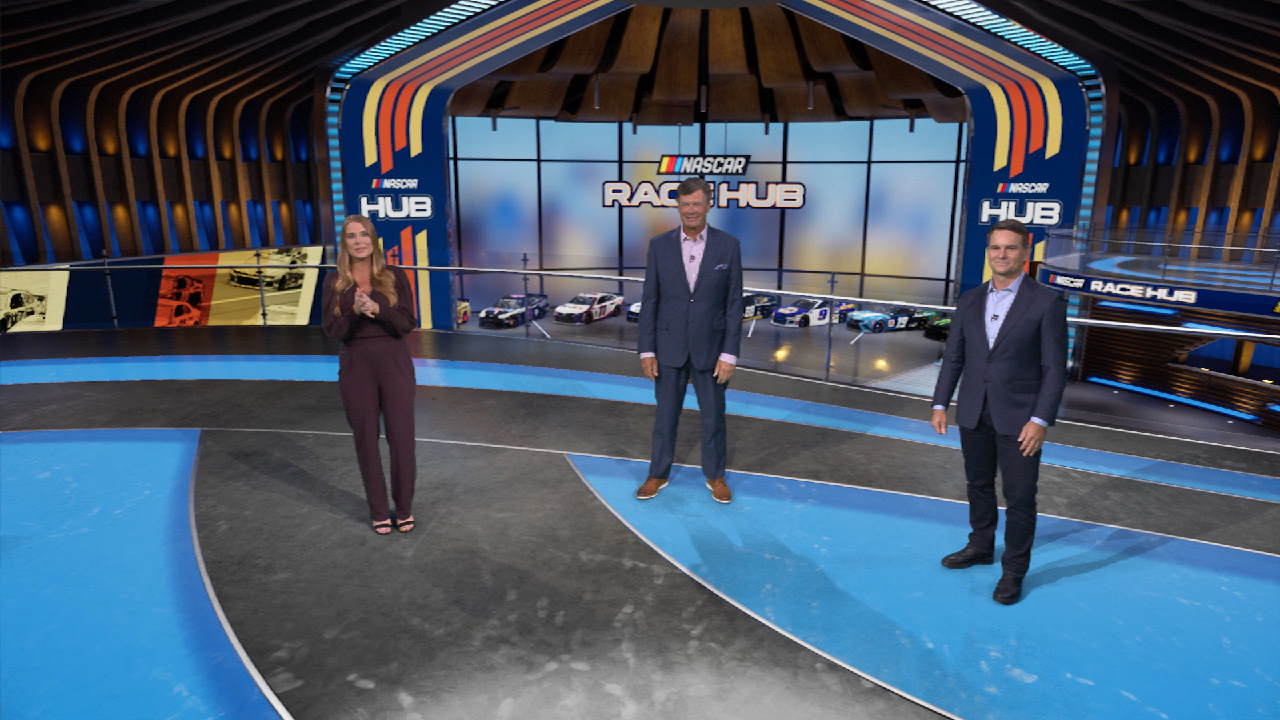 NASCAR CUP SERIES driver Kyle Larson, recently reinstated by NASCAR following a months-long suspension for using a racial slur, was announced this week as the driver of the No. 5 Hendrick Motorsports Chevrolet for the 2021 season. Larson joined Kaitlyn Vincie, Jeff Gordon and Michael Waltrip Thursday on FS1’s NASCAR RACE HUB for a lengthy interview to discuss his suspension, the steps he has undertaken to learn from the incident, his plans to continue efforts to help change social inequality and how he will use this experience as a teaching moment for his children.

What did you see out of Kyle Larson that convinced you he deserved a second chance?

“I was a big fan and am a big fan of Kyle Larson myself, but he hurt a lot of people — obviously the African American community, his family, his friends, the racing community. He disappointed these people. For Hendrick Motorsports to have any chance of hiring him, Rick (Hendrick) wanted to sit down with him and see if he was disappointed in himself because of these actions. I think one of the gifts Rick has is he is one of the best at reading a person’s character – where their heart is, and he wanted to see where Kyle Larson was. We sat down over the summer together with Rick, and when that conversation was over, Rick talked to me and he said, ‘His heart is in the right place. He’s doing the right things. We need to think about if this is a real option to give him a second chance.’”

What have you seen Larson do and how much did his efforts play into the decision of having him join your team?

“We hear about what NASCAR requires him to do … but he went above and beyond that. He went into the community. He went to African American leaders in different communities. He went up to Minneapolis to the George Floyd Memorial. He volunteered. He wanted to be able to understand face-to-face what this word meant that he said and how it affected these individuals and understand that he has to become a better person because of it for himself as well as for his family.”

What are the on-track expectations for Kyle Larson once he gets back in a Cup car?

“I don’t think there’s any denying Kyle Larson’s talent. He has been proving that for years, but he has been proving it this year in the dirt races he has been doing. We all know that when you put him behind the wheel of a good race car, put a good team around him, he’s going to be very successful. It’s going to be exciting and interesting to see him behind the wheel of a Hendrick Motorsports car — the No. 5 car next year to start off the season — and see how he and Cliff Daniels and that team jell and get off to a good start … I love when I talk to Kyle, all the dirt racing he has been doing is amazing, (but) he has unfinished business to do in NASCAR. That’s why he really wanted to get this opportunity.”

What do you think about the young crop of drivers at Hendrick Motorsports – the average age is under 30 for the 2021 season?

“When you look at the lineup for the foreseeable future, it’s stable. They’ve got drivers they can count on for years to come, and all of them are really fast and all are winners. I think it’s a real exciting time for Rick and Hendrick Motorsports. We talk about the youth movement – it’s alive and well at Hendrick Motorsports.”

“You have to remember that three of these guys got to work alongside Jimmie Johnson, seven-time champion, to get the knowledge and experience from him.”