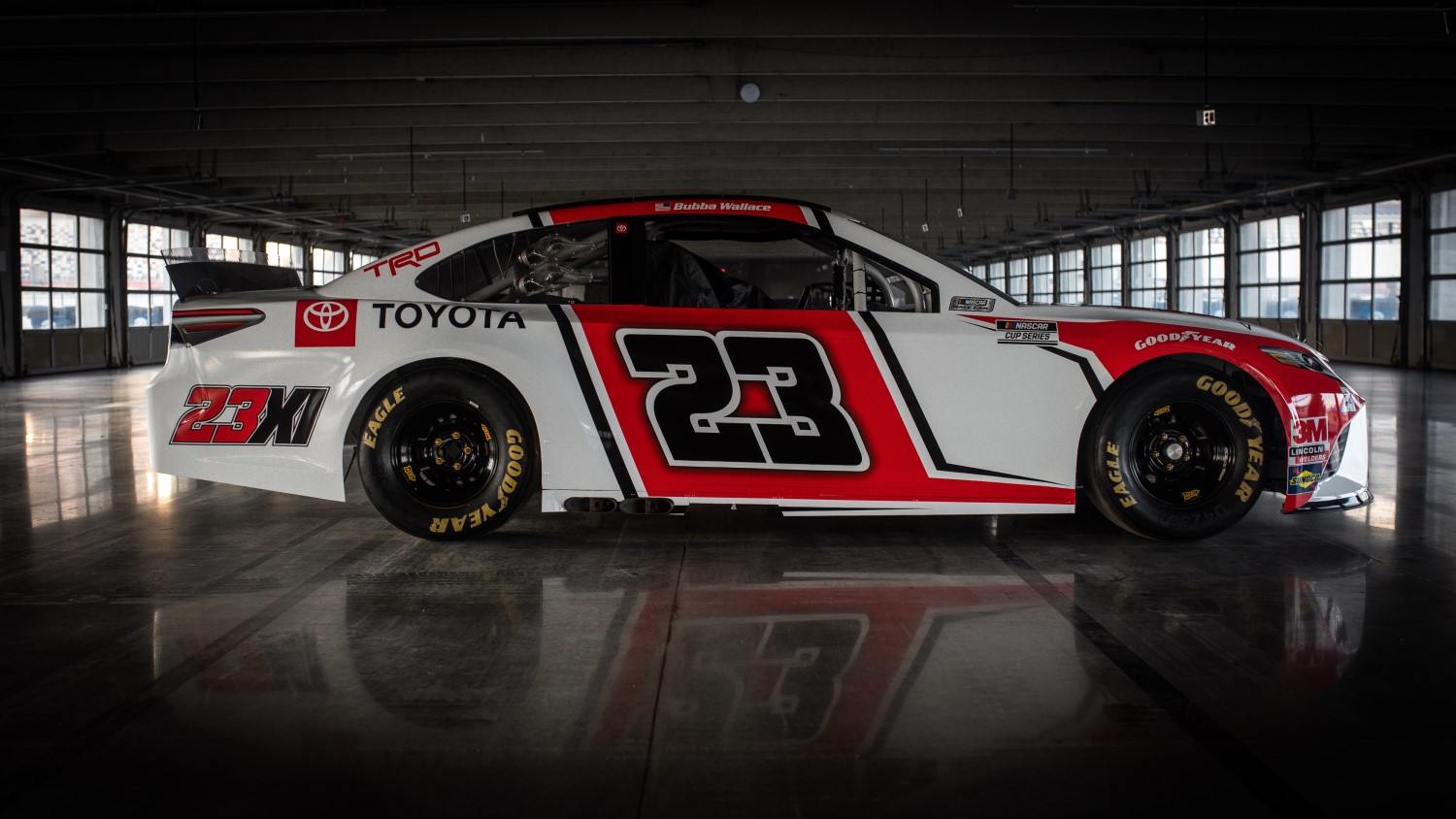 Toyota is pleased to announce their support of the new NASCAR Cup Series team 23XI Racing, which is co-owned by NBA legend Michael Jordan and current NASCAR Cup Series championship contender Denny Hamlin. 23XI Racing will make its debut in the 2021 Daytona 500 with Bubba Wallace behind the wheel of the No. 23 Toyota Camry.

“We are excited to be a part of this new team with Michael, Denny and Bubba,” said Ed Laukes, Group Vice President of Toyota Division Marketing at TMNA. “As a Chicago native, I saw firsthand Michael’s determination as he led his team to multiple NBA championships. I know he brings that same drive and work ethic to this new opportunity. Denny has been a valuable part of the Toyota family for over a decade and we are happy to support him as he takes the next step into NASCAR team ownership. We are also thrilled to bring Bubba back to the Toyota family. Bubba achieved many firsts with Toyota, and we are counting on him earning many more victories with 23XI Racing behind the wheel of a Camry.”

The Toyota relationship will also incorporate an agreement with Joe Gibbs Racing (JGR) to allow 23XI Racing to purchase chassis and other services. As is the case with many other Toyota and TRD teams within the NASCAR garages, technical information and communication amongst the teams will be encouraged to help improve performance across the Toyota and TRD family of teams and drivers.

“We’re excited to have the opportunity to provide resources to this new Toyota team to help them get started,” said Joe Gibbs, owner of Joe Gibbs Racing. “We can remember being in a similar position nearly three decades ago and we were fortunate to have a similar agreement that helped us in the beginning. We’re happy for Denny to realize his dream of ownership and certainly it’s a big deal for NASCAR to have someone with the respect and stature of Michael Jordan enter our sport.”

A lifelong NASCAR fan, Jordan was inducted into the Naismith Memorial Basketball Hall of Fame in 2009. He played 13 seasons for the Chicago Bulls, leading them to six NBA Championships. In 2010, he became the majority owner of the Charlotte Hornets (then Bobcats) and is the first former player to become the majority owner of an NBA franchise.

“My main goal for 23XI Racing is to be competitive for a championship as soon as possible,” said Jordan. “Our partnership with Toyota and Joe Gibbs Racing gives us the equipment, resources and expertise to do it.”

Hamlin has been a vital part of the Toyota family for over a decade. Since first climbing behind the wheel of a Camry in 2008, Hamlin has scored 41 victories, three Daytona 500 wins and has finished in the top-10 in the point standings 10 times. He has earned seven victories this season and has advanced to the Round of 8 as he pursues his first NASCAR Cup Series title.

“Toyota has been a big part of my NASCAR career,” said Hamlin. “We’ve achieved multiple milestones together including back-to-back Daytona 500 victories. I know how they support their teams, and when I decided move to team ownership, I knew that I wanted Toyota to be alongside our team. Toyota supports my vision with this team and will be integrated with our team members to support us as we grow and strive to achieve race wins and championships.”

23XI Racing marks a return to the Toyota family for Bubba Wallace. Wallace first joined Toyota in 2011 as a part of Rev Racing in what’s now the ARCA Menards Series East. As a 17-year-old, he drove to three wins and a runner-up finish in the point standings. In 2012, he joined Joe Gibbs Racing and made his NASCAR Xfinity Series debut, scoring a top-10 finish. From 2013-2014, Wallace competed in the Truck Series with Kyle Busch Motorsports (KBM), including becoming the first African-American to win in NASCAR in nearly 40 years when he drove to victory at Martinsville Speedway in October 2013. Wallace added four additional victories and two top-10 finishes in the final point standings in his tenure with KBM.

The No. 23 Toyota Camry will make its debut in the 2021 Daytona 500 and join fellow Toyota teams, Joe Gibbs Racing and Gaunt Brothers Racing, in the Great American Race on February 14, 2021.