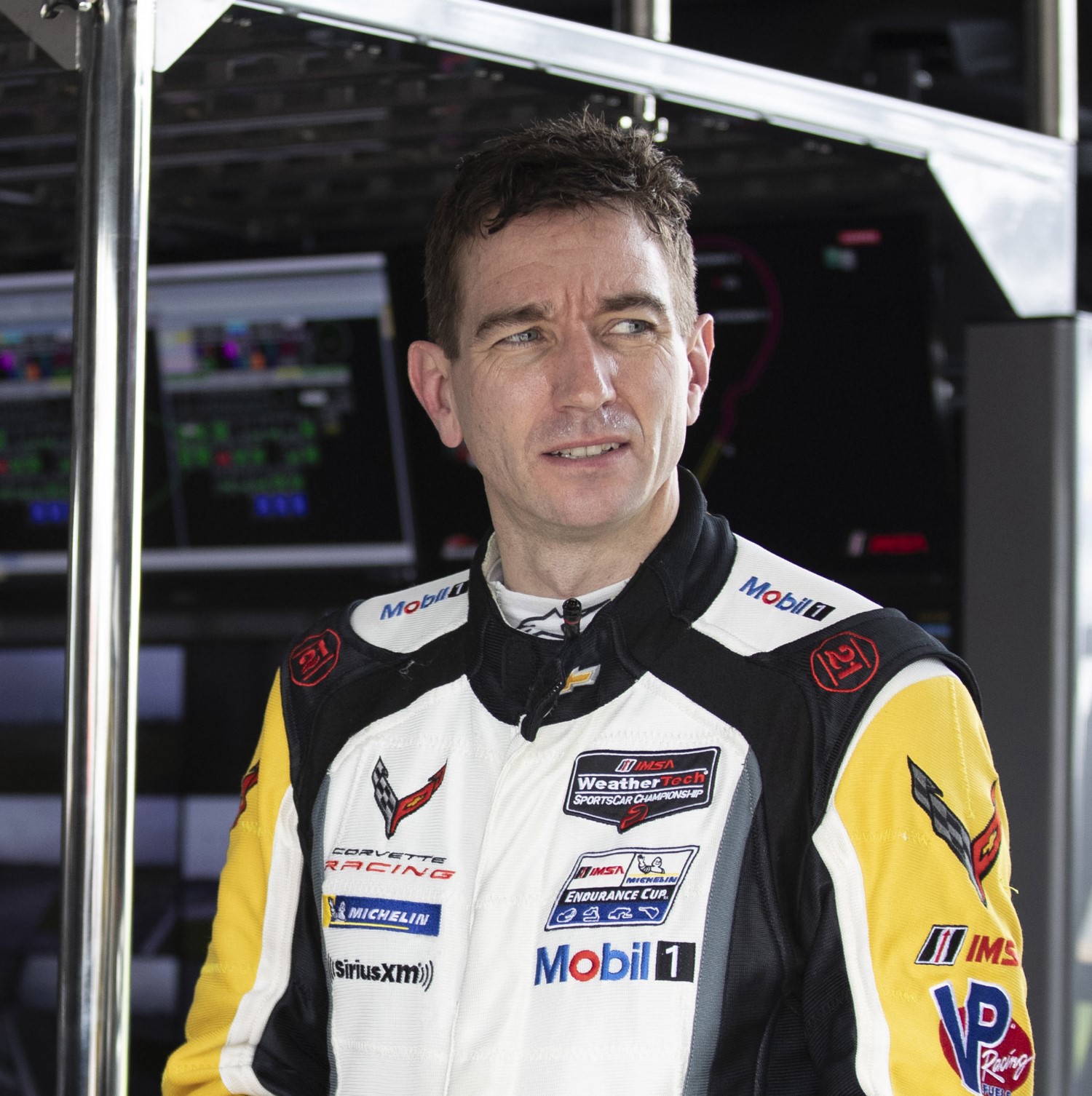 Chevrolet and Corvette Racing are paying tribute to the accomplishments of Oliver Gavin, who will step away from full-time competition with the program at the end of 2020. Gavin, one of sports car racing’s biggest stars, has been part of Corvette Racing since 2002 and will complete his 18th full-time season with the team at the Mobil 1 Twelve Hours of Sebring in two weeks.

The first race for Gavin with Corvette Racing took place at Sebring in 2002, and he was promoted to full-time status the following year.

Gavin’s list of accomplishments with Corvette Racing is unmatched. He has more starts (201), championships (five), race wins (51), 24 Hours of Le Mans victories (five) and pole positions (25) than any other driver in program history. He also has won five times at both Sebring and Petit Le Mans with Corvette Racing and captured the Rolex 24 At Daytona in 2016 to begin his latest championship run.

“To have been with the same team for 19 seasons has been an immense privilege, and I thank from the bottom of my heart each and every person who has shared that journey with me,” Gavin said. “It’s been an amazing run, and I’ve been very lucky to have been able to drive at such a high level for so long. I’m extremely proud of what we’ve achieved together, especially the championship wins and milestone victories at Le Mans, Daytona and Sebring, among others. I’m also very proud of the part I played in developing four generations of Corvette race cars for both IMSA and at Le Mans, and I look forward to exploring opportunities to represent Chevrolet and Corvette Racing in the future.”

In addition to his competitive record, Gavin also has been a fundamental part in the development of every generation of racing Corvette during his tenure with the program. His efforts in the Corvette C5-R laid the groundwork for the GT1- and GT-spec versions of the C6.R. Gavin was heavily involved in testing and development of the C7.R and mid-engine C8.R. He won an IMSA championship, the 24 Hours of Le Mans, the Rolex 24 At Daytona and 12 Hours of Sebring with the Corvette C7.R.

“Oliver Gavin is a name that is synonymous with Corvette Racing,” said Jim Campbell, Chevrolet U.S. Vice President, Performance and Motorsports. “He has been one of the sport’s greatest drivers and a fantastic representative of Chevrolet for nearly two decades – on the track, working with our Corvette production engineers, and engaging Corvette owners and fans around the world.”

Gavin claimed the first pole position for the C8.R at Daytona in July, and he and Milner won the next event at Sebring in their No. 4 Mobil 1/SiriusXM Corvette C8.R. They stand second in the GT Le Mans Drivers’ Championship entering this weekend’s IMSA WeatherTech SportsCar Championship event at Laguna Seca.

“All of us at Chevrolet thank Oliver for his nearly 20 years of contributions to Corvette Racing,” Campbell added. “No driver at Corvette Racing has started more events, captured more championships or won more races. Oliver’s success has brought great improvements over the years not just to Corvette Racing, but also to every Corvette that sits in an owner’s driveway. We are hopeful of creating more of those opportunities with Oliver into the future.”

Details on Corvette Racing’s complete driver roster for 2021 will be confirmed at a later date.