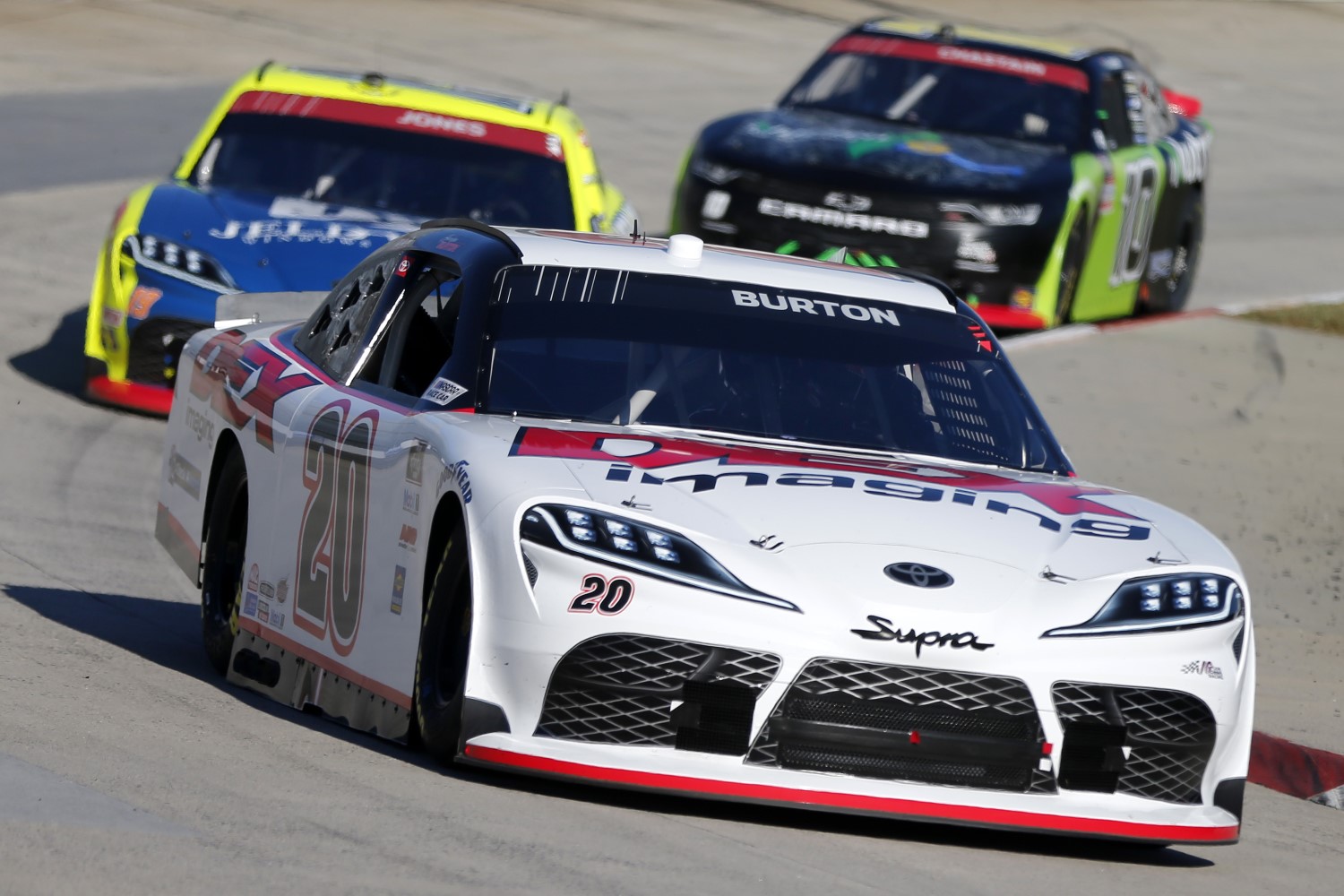 Rookie of the Year leader Harrison Burton led the most laps (81) and drove to his fourth victory of the season. It is the first time in Burton’s career that he has won back-to-back races and it is the eighth victory for the Toyota Supra this year.

Burton pushed the Joe Gibbs Racing No. 20 Toyota to a .355-second win, leading a race-high 81 of the 250 laps in the Draft Top 250. The Sunoco Rookie of the Year candidate’s fourth victory of the season was his first at the .526-mile Virginia track and the fourth of his Xfinity Series career.

Only Chase Briscoe entered Martinsville with a clinched title shot, thanks to his victory earlier in the postseason’s Round of 8. Austin Cindric, Justin Allgaier and Justin Haley added their names to the list of four finalists who will battle for the Xfinity Series crown in next Saturday’s season finale (5 p.m. ET, NBCSN/NBC Sports App, MRN, SiriusXM NASCAR Radio) at Phoenix Raceway.

The playoff field was cut in half, with Ross Chastain, Brandon Jones, Noah Gragson and Ryan Sieg eliminated from title contention.

AJ Allmendinger led twice for 68 laps but fell from contention when his No. 16 Kaulig Racing Chevrolet slowed with a flat left-rear tire with 37 laps remaining. He finished 26th, two laps down.

What does it mean to win at Martinsville?

“It was a really fun race. Martinsville is one of those places that’s really cool to win at. For me in particular because my family is from here. There’s a guy in a hot dog for Halloween. The fans here are awesome. It’s amazing to win here at what is one of my home tracks I would say and do what my dad did. I think it was his first Xfinity win was here.”

Did you grow up wanting a Grandfather clock with your name on it considering your Dad had one since you were a kid?

“Absolutely. It’s probably one of the coolest trophies in the whole series that we get. It’s pretty hard to describe how exciting this is. My race team worked their tails off on this car expecting us to have to fight to get into Phoenix to win a championship and we got knocked out, but we’ve proven people wrong. We won two in a row in this round and we’re going to go try to make it three at Phoenix.”

What do you take away from the Playoffs heading into 2021?

“Just confidence. I think the schedule got released and it’s the same round going to Phoenix next year. If we can come and perform next year and make it through the first round, we’re going to be fighting for a championship and that’s an amazing feeling. I’m really proud of my race team. They work their tails off on this race car and our DEX Imaging Supra was pretty bad to the bone.”