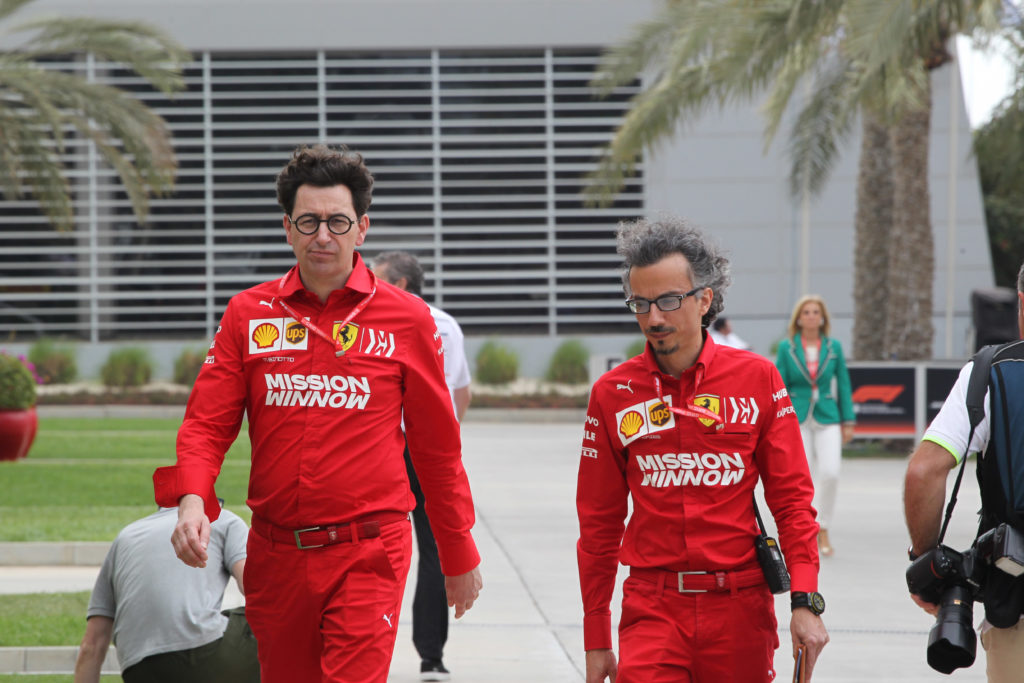 (GMM) Laurent Mekies (above, right of Binotto) will step up and serve as Ferrari’s acting team boss at the next race in Istanbul.

The rumor at Imola was confirmed by team boss Mattia Binotto, who said he will stay at Maranello instead of travelling to Turkey before missing “a few more” of the remaining four races after that.

It is not clear why Binotto is sitting out Turkey, but it is almost certainly simply a move to focus on factory-based issues in preparation for 2021.

Ferrari has struggled notably this year, but sporting director Mekies says the trend of the last few races has been in the upwards direction.

“Of course it has been a very difficult season for us,” said the Frenchman. “For many races in a row our results were declining, and we realized that there were serious problems with our car.

“It took a lot of time to deal with them, find the causes and find the solutions, but now we would like to think that the most difficult part is over.

“If we look at the last three or four races where we brought some technical innovations, it is clear that we are gradually improving.”

Also looking more competitive at Imola is Sebastian Vettel, who had even hinted after Portimao that he might not be receiving equal machinery compared to his teammate Charles Leclerc.

But the German, who will switch to Aston Martin for 2021, now insists that Ferrari treats him fairly.

“It is I who cannot get the most out of the car,” he said at Imola. “I’ve always been able to do it my career, but not this year.”

However, Mekies confirmed that Vettel is “much more comfortable” this weekend, even if he is only 14th on the grid compared to Leclerc’s seventh.

“But if you analyze the results, Vettel is already closer to his teammate than in the previous weekend,” he said.

“Sebastian and his team did not give up, they tried to understand why he was losing his former confidence, and they tried to find some solutions.

“We know that our car is more capricious than last season – more difficult to find the right approach – but the situation has started to improve a little,” Mekies added.