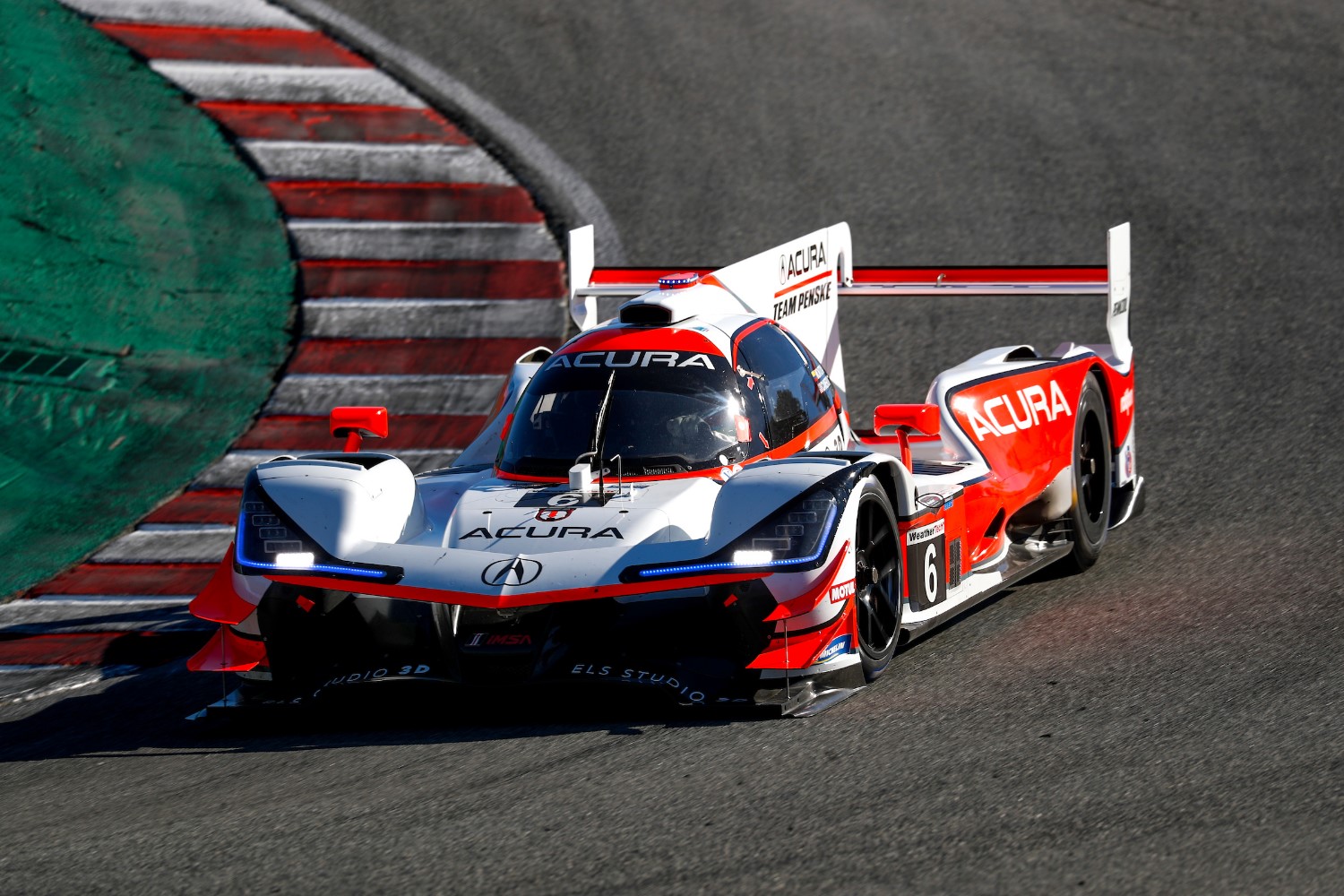 After he won the Motul Pole Award for today’s IMSA WeatherTech SportsCar Championship race at WeatherTech Raceway Laguna Seca, Juan Pablo Montoya (above) hoped for peace and quiet during the race.

Tensions are running high heading into the penultimate race of the 2020 season, the Hyundai Monterey Sports Car Championship, especially after an incident between the No. 31 Action Express Cadillac DPi-V.R and the No. 7 Acura Team Penske Acura ARX-05 DPi during a practice session Saturday.

After winning the pole position with a lap of 1 minute 15.174 seconds (107.175 mph) in the No. 6 Acura Team Penske Acura – the fifth straight pole for the team in Daytona Prototype international (DPi) competition this season – Montoya hoped for an uneventful race this afternoon.

“It’s either going to be really quiet or really crazy,” Montoya said. “I think after what happened in practice between the 7 car and the 31, I would be inclined for it to be a more quiet and calm race. I think everybody kind of understands the consequences. At the end of the day, everybody wants to beat the 10 car.”

The No. 10 Wayne Taylor Racing Cadillac will start seventh in the race, which starts at 4:05 p.m. ET and can be viewed on TrackPass on NBC Sports Gold, the NBC Sports App and NBCSports.com. Ryan Briscoe and Renger van der Zande, drivers of the No. 10, share the DPi championship lead by eight points over Helio Castroneves and Ricky Taylor, co-drivers of the No. 7 Acura.

Castroneves will start alongside Montoya for the start of the race. Oliver Jarvis will start third in the No. 77 Mazda Motorsports Mazda DPi.

The No. 52 PR1 Mathiasen Motorsports ORECA LMP2 07, the only car in the Le Mans Prototype 2 class this weekend, will clinch the season championship with drivers Patrick Kelly and Simon Trummer by taking the green flag.

Meanwhile, the last of Jordan Taylor’s six laps was fast enough to score his team’s fourth consecutive pole in the GT Le Mans (GTLM) class. Taylor circled the 11-turn, 2.238-mile WeatherTech Raceway circuit in a class record of 1:21.483 (98.876 mph) in the No. 3 Corvette Racing Chevrolet Corvette C8.R he shares with Antonio Garcia. Jesse Krohn set the previous record of 1:21.557 in a BMW last year.

With tire degradation expected to be an issue in the race on the low-grip track, Taylor said starting first was top priority for the No. 3 team, which leads its sister No. 4 Corvette by 28 points in the GTLM standings.

“We wanted to get track position early on like this,” Taylor said. “The year has been going incredibly well. We just want to close it off on a sharp point.”

Matt McMurry recorded a lap of 1:25.126 (94.645 mph) in the No. 86 Meyer Shank Racing with Curb-Agajanian Acura NSX GT3 to win the pole in the GT Daytona (GTD) class. He’ll go for the win later today with teammate Mario Farnbacher; the two are fourth in the GTD driver standings, but just seven points out of first.

Like Taylor, McMurry mentioned tire degradation as part of his pole-winning strategy.

“The plan going in was to warm it up slow and then do one or two fast laps and park it,” McMurry said. “It all worked out for us, thankfully.”