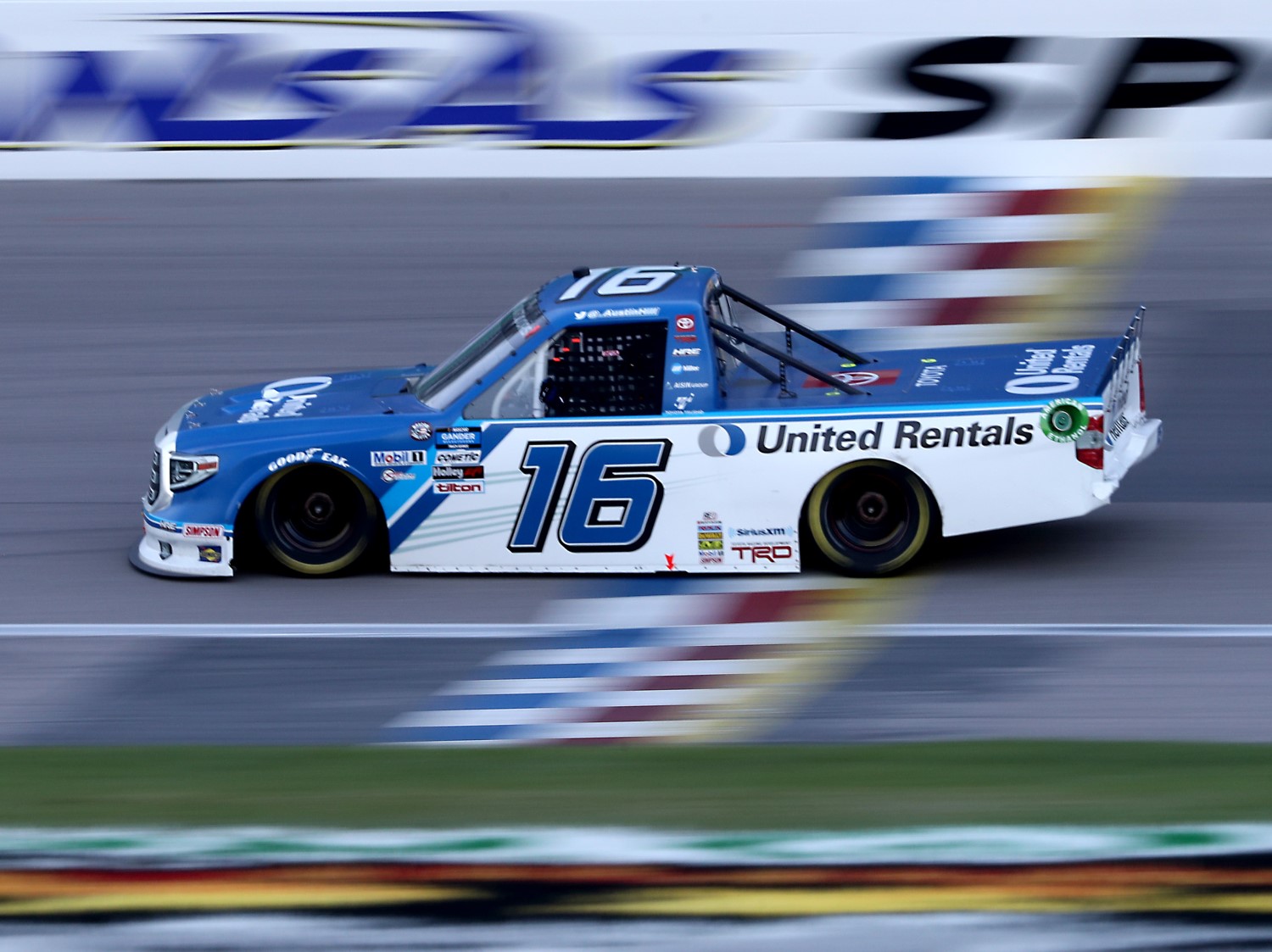 Hattori Racing Enterprises announced that Austin Hill will return to drive the No. 16 United Rentals Toyota Tundra in the rebranded NASCAR Camping World Truck Series in 2021. The six-time Camping World Trucks winner will return for his fourth full-time season on the tour and his third with crew chief Scott Zipadelli and the HRE team.

“I can’t imagine a better scenario than to be with this team and everybody at HRE,” Hill said. “I keep saying it, but I truly believe this is the best team in the series and I’m proud to race with this group and can’t wait to continue what we’ve built over the last two seasons. It’s even better to have partners like United Rentals and everyone at Toyota and Toyota Racing Development for supporting our program like they do. We’re glad to have next year laid out, but we have two more races to try and win a championship.”

The Winston, Ga. native will pilot the familiar blue and white United Rentals colors for multiple races next season and looks to build on his career season thus far in 2020, which has included two wins, 11 top-five and 17 top-10 finishes. Hill and the HRE team have reached the Round of 8 of the playoffs by utilizing all the tools, data, safety and necessary equipment to maximize the team’s performance, traits that are also exemplified at United Rentals.

“Austin Hill and HRE are great partners,” said Rob Halsey, director, customer & marketing strategy for United Rentals. “We all agree that a focus on safety and data, with the right partners, makes all the difference whether on the track or on the jobsite. United Rentals is excited to see Austin close out a strong 2020 and return in 2021 to build on that success.”

The 2021 campaign extends Hill’s occupancy in the seat of the No. 16 Toyota Tundra and has made 44 Gander Trucks starts to date with HRE, the most of any driver in the organization’s history.

“We’re glad to keep the team together next season with Austin and United Rentals,” team owner Shige Hattori said. “He has done a great job with Scott and the entire team the last two years, and hopefully we can close out this season with a championship and start strong at Daytona next year.”