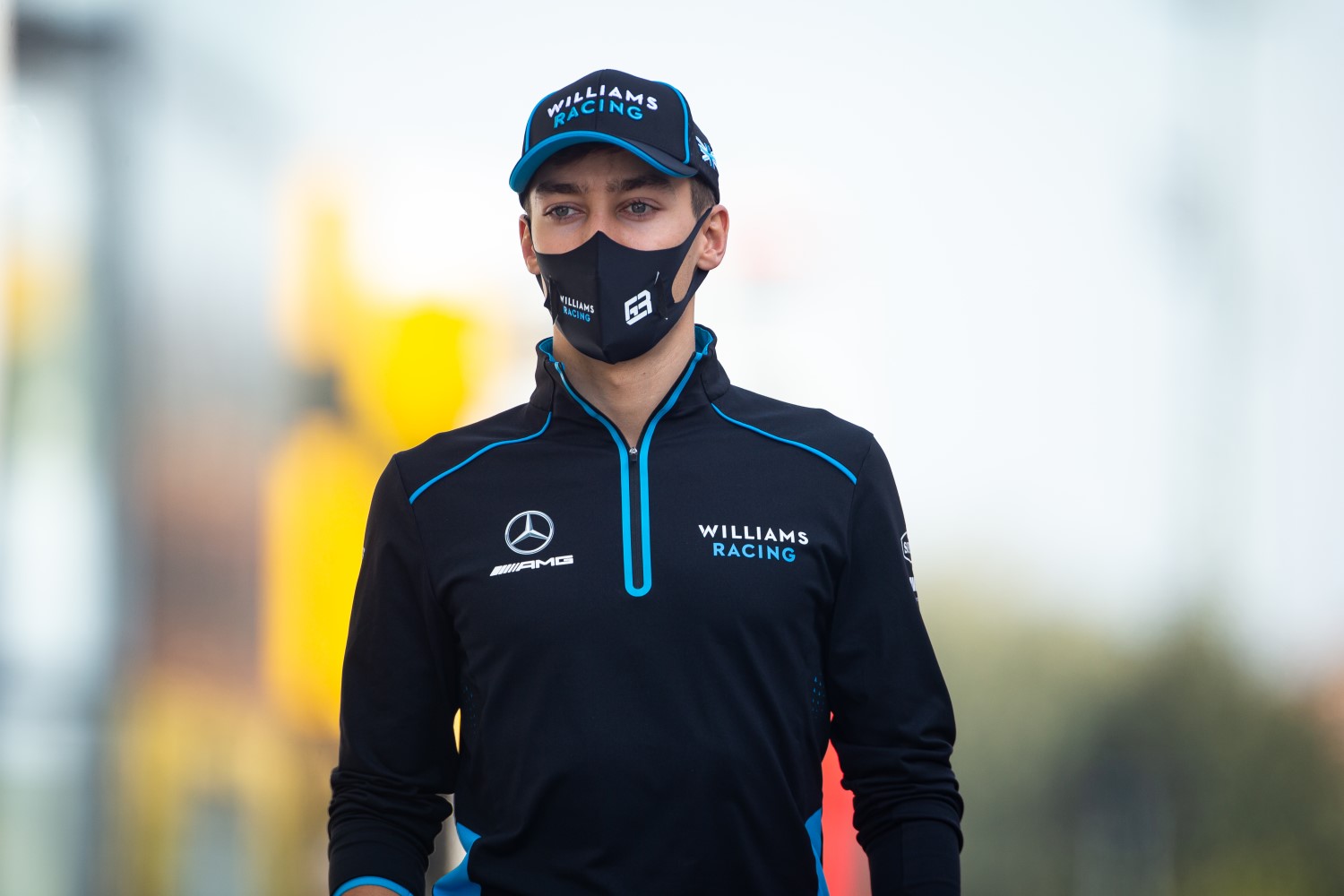 A frustrated and apologetic George Russell said he was “so sorry” to his Williams team for crashing under the Safety Car and missing out on a possible first points finish of his F1 career.

Russell has yet to score a point in 34 grands prix, while Williams are without a point in 2020 and now in danger of their first score-less full season with four races to go.

“Gutting to be honest. I don’t really know what to say,” said Russell, who sat disconsolate at the side of the track after clambering out of his crashed car.

“I think it was really showing, and we were in such a good position. Obviously, I just went over the limit under the Safety Car and as soon as I lost the car it was already too late, and I was in the wall.

“Really sorry for the team and unacceptable from my side really.”

“This sometimes happen with cold tires and it was my job to try and work them as hard as I can to keep Kimi [Raikkonen] and Sebastian [Vettel] behind on new hot fresh tires.

“But there’re no excuses. I’ll go away and learn from this and come back stronger next time.”