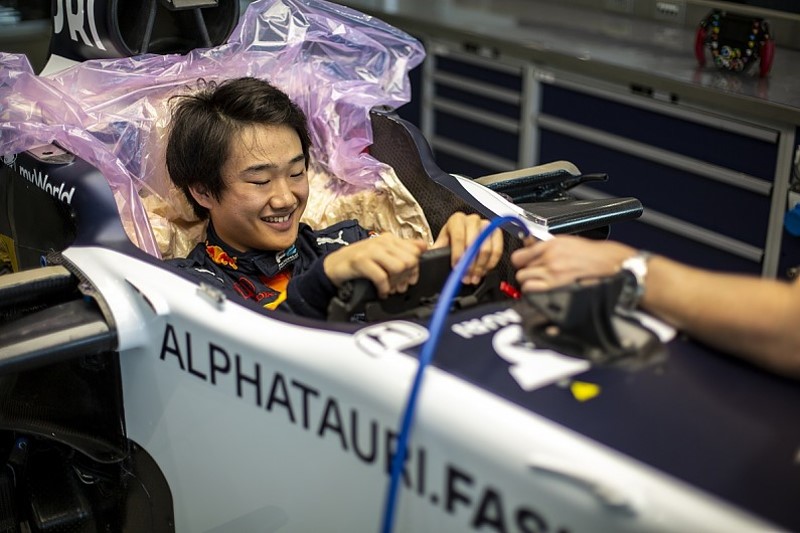 (GMM) Yuki Tsunoda (getting a seat fitting above) is standing on the cusp of a busy period ahead of his almost certain 2021 debut for Alpha Tauri.

The Honda-linked 20-year-old is set to replace Daniil Kvyat at Red Bull’s second team next year, and in preparation will test the 2020 Alpha Tauri at Imola this week.

“Imola will be his first time behind the wheel of a Formula 1 car so he has to get comfortable,” team boss Franz Tost said.

“We want him to do 300 kilometers so that he can possibly do the first practice session in Bahrain or Abu Dhabi – we’ll see,” the Austrian revealed.

“It all depends on his position in Formula 2. If he stays in the top four, as he is now, he will receive a super license. If he is fifth, then we need the two sessions to get the sufficient points,” Tost added.

However, while Dr Helmut Marko is openly hinting at the Japanese’s 2021 appointment, Kvyat is nominally still in the running and Alex Albon may need a seat to land in if he is ousted by Red Bull.

“It’s better to have several candidates than none,” Tost smiled.

“I think the decision will be taken by Red Bull soon, but we are in no hurry. It’s good if it happens before the end of the season but a lot depends on where Tsunoda finishes in Formula 2.”

Tost denied that Red Bull is only leaning in Tsunoda’s direction because of his nationality and link with departing engine supplier Honda.

“The decision on contracts has never been about sponsors at Toro Rosso or Alpha Tauri,” the Austrian insists.

“Although we are the so-called sister team, Red Bull expects good results from us so we must be sure the driver has the necessary abilities and skills to succeed in Formula 1.”