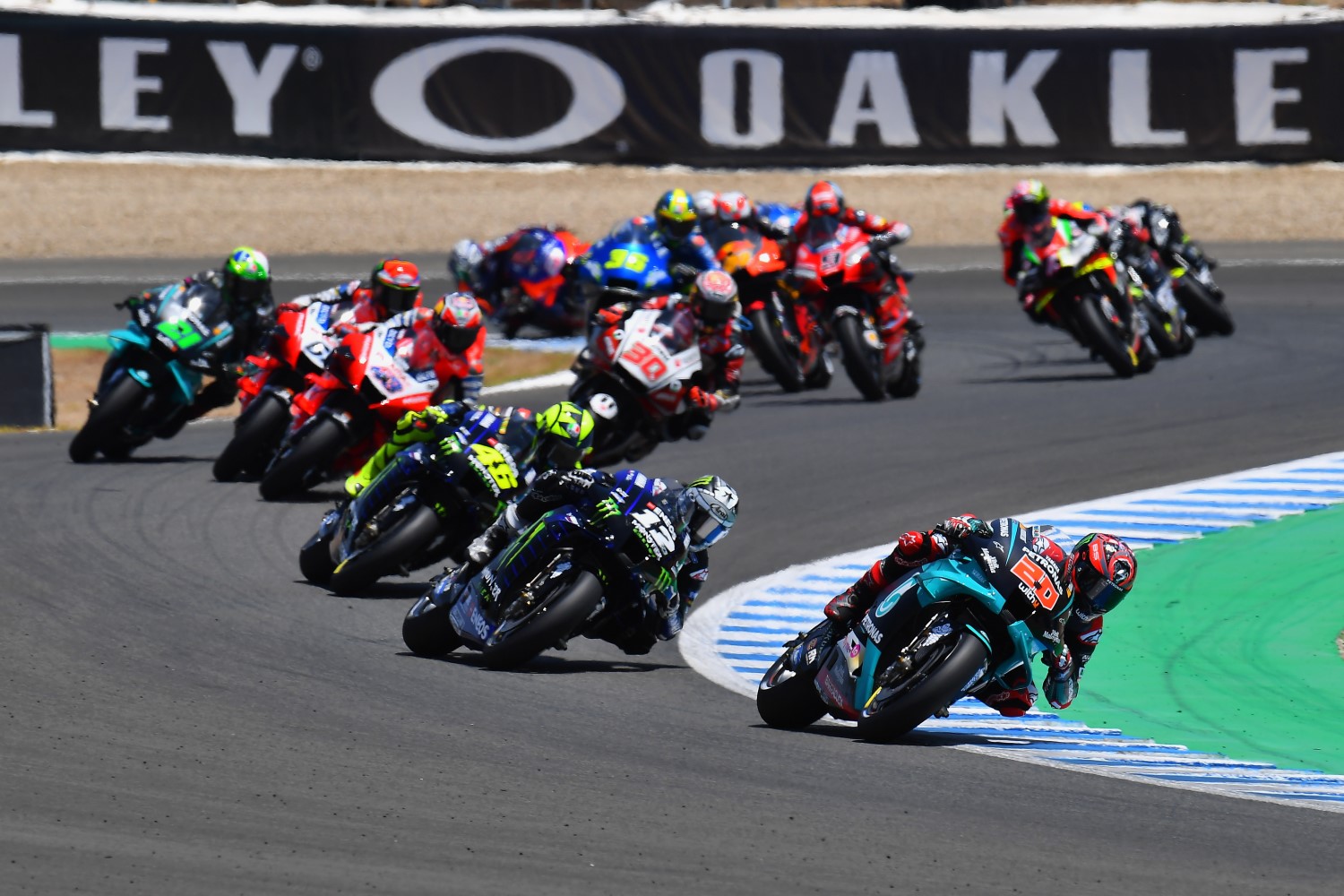 A provisional 2021 MotoGP calendar featuring 20 races has been unveiled, with circuits in Portugal, Indonesia and Russia designated as reserve venues.

The provisional calendar will see the opening race of the season take place in Qatar, our usual opening Grand Prix venue at the end of March. After a weekend off the MotoGP™ circus heads to Argentina and America on the 11th and 18th of April before the European leg begins – as usual – at the Circuito de Jerez-Angel Nieto on the 2nd of May.

France, Italy, Catalunya, Germany, Netherlands and – subject to homologation – Finland will lead us to the 11th of July, with the next venue on the list currently down as TBC. If the provisional calendar becomes the final one, then Austria and Great Britain host MotoGP™ races in August, before the Aragon and San Marino rounds take place in September.

Then, hopefully, it’s time for the flyaway races. Japan and Thailand will be back-to-back on the 3rd and 10th of October, before Australia and Malaysia get underway on the 24th and 31st of October. And then, after a weekend off, the grand finale will be held in Valencia on the 14th of November as another season draws to a close in eastern Spain.