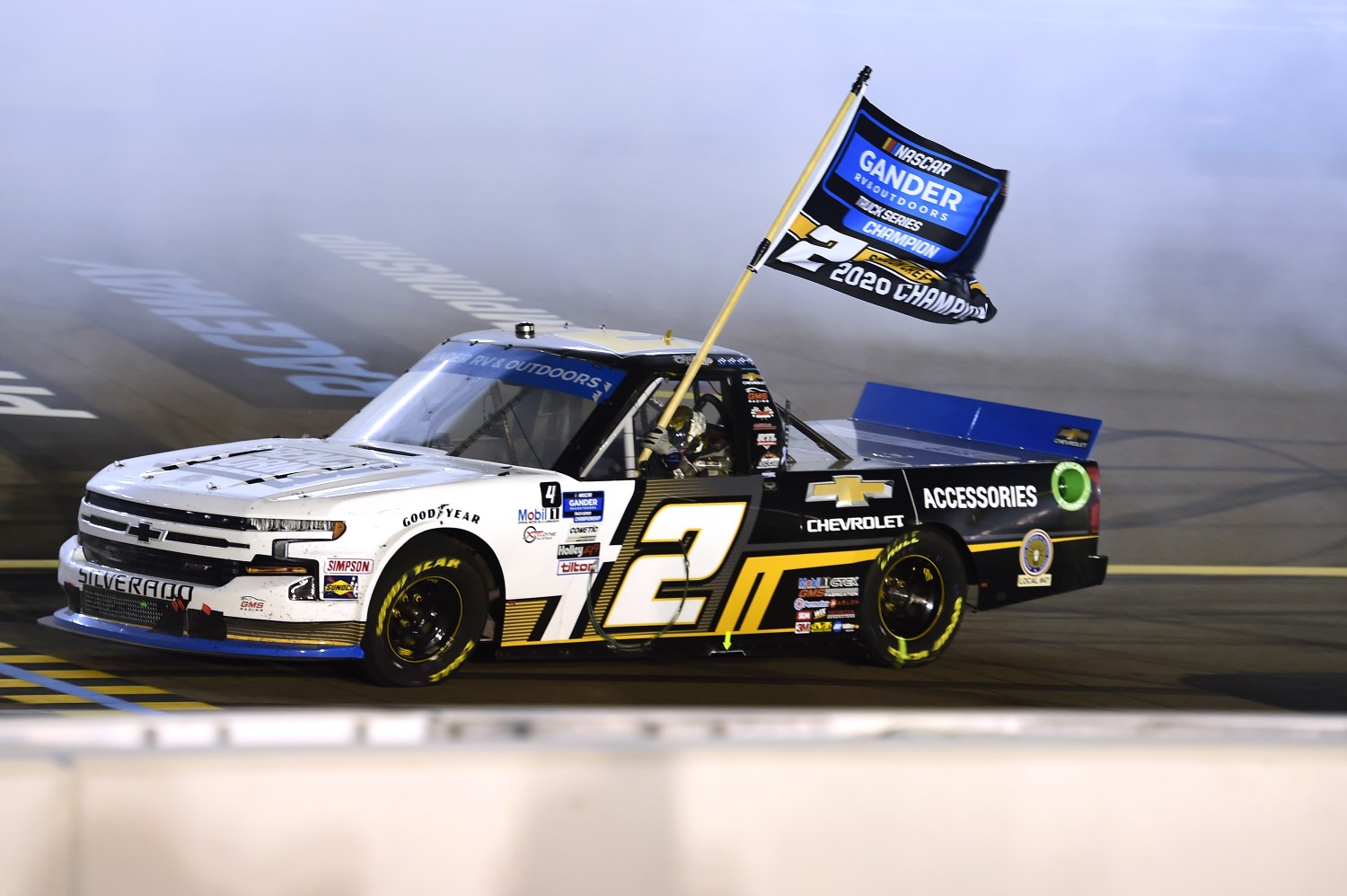 With the wave of the checkered flag at the Lucas Oil 150 at Phoenix Raceway, Chevrolet earned the 2020 NASCAR Gander RV & Outdoors Truck Series (NGROTS) manufacturer championship award. This marks the 10th time in NASCAR Truck Series competition history that Chevrolet has captured this prestigious honor.

Silverado has powered Team Chevy drivers in the NASCAR Truck Series division since the inception of the series in 1995 and has now earned the Bowtie Brand 10 manufacturer championships and 252 victories.

“Chevrolet is honored to win the manufacturer championship in the NASCAR Truck Series for the tenth time,” said Jim Campbell, Chevrolet U.S. Vice President of Performance and Motorsports. “This championship is the result of hard work, persistence and dedication of all the Chevrolet teams that contributed valuable manufacturer points all season.”

The journey to earning the 2020 NGROTS honor consisted of 10 Chevy Silverado trips to Victory Lane with Chevrolet drivers Sheldon Creed (5 wins), Zane Smith (2 wins), Sam Mayer (1 win), Brett Moffitt (1 win), Chase Elliott (1 win); along with points-paying finishes by many other Team Chevy competitors that contributed to this title throughout the 23-race season.