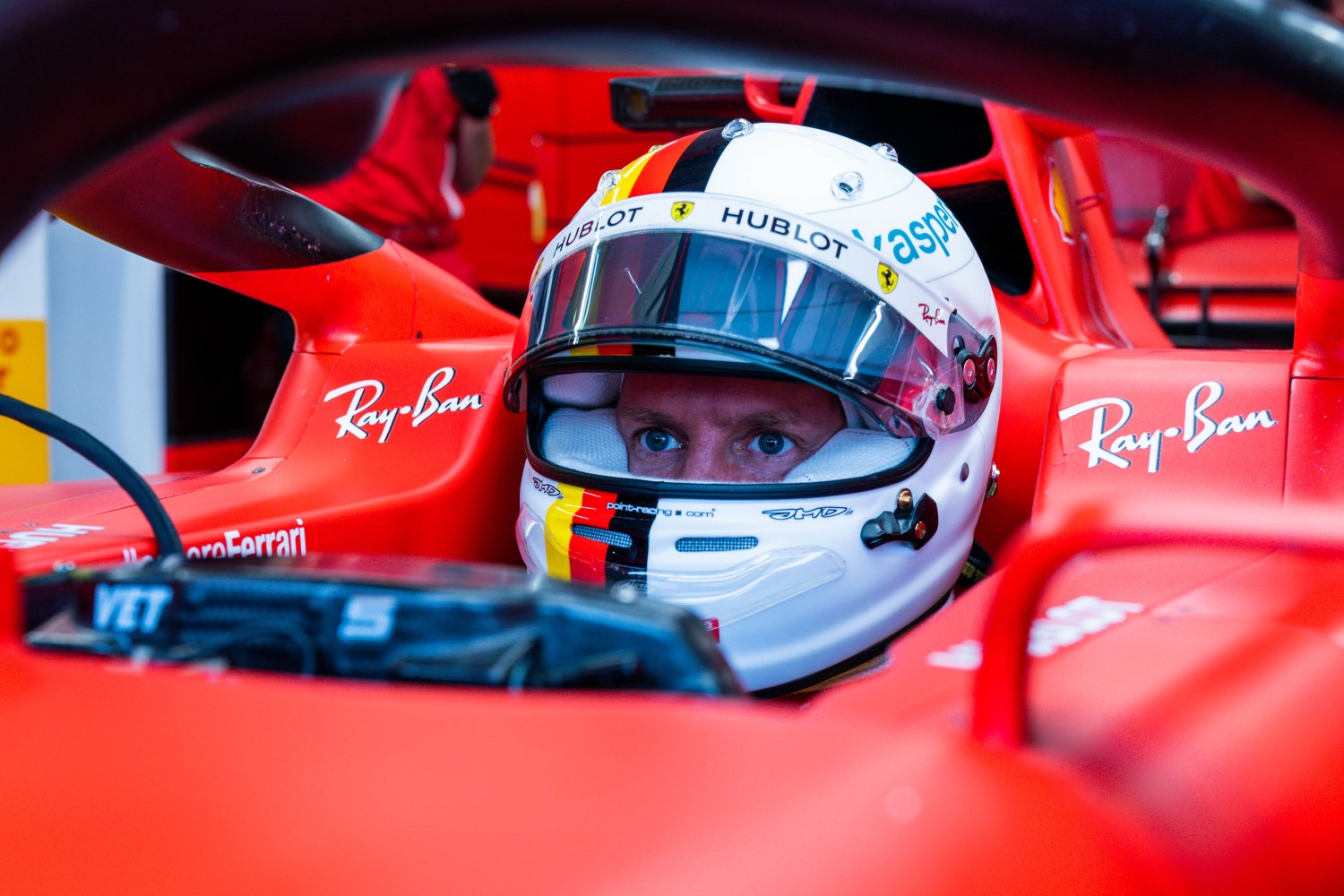 Sebastian Vettel prepares to swap red for green and join Aston Martin next season – and the four-time champion has explained how he will throw himself into the challenge with his new team.

Vettel signed a deal through 2021 “and beyond” with Racing Point – which will rebrand as Aston Martin for 2021 – to replace the outgoing Sergio Perez, and speaking at Imola last week he said he was preparing himself for the work that will be needed to get used to the workings at the Silverstone-based squad.

“I think obviously ’21 should be a similar in terms of the cars to this year but I think it will be a big challenge to get on top of everything, so… come January, February, I’m going to throw myself into the project and try to make sure I have understood all the things that are there to be understood before the driving, the testing and the racing starts,” he said.

“I don’t think there’s one particular thing to be honest, or one particular person to know. I think it will be getting to know the whole team and rhythm they’re working on – trying to establish the differences – and trying to contribute to make things better.”

“Obviously he’s not where he was, for sure,” admitted Green.

“From where he was at Monza, to where he is now, there’s definitely a lack of confidence, which we’re going to have to work on over the next week or so to try and get him back again.

“I think the illness did knock it out of him, that’s something that we hadn’t really foreseen.

“We had heard about the length of time it can take to recover from the illness, and I think it is taking some time.

“I think he just needs to get his confidence back again, and believe in himself again. And we’ll get the Lance back that we had for the first two-thirds of the season.”

Elaborating on the situation, Green explained, “He’s obviously taken quite a battering physically and mentally.

“It was quite a big accident in Mugello. So I think that probably dented his confidence.

“Physically, we thought it would be difficult at the last race to jump back in. I think that was true.

“I think now mentally he’s just not where he was a few races ago. But I think he needs to get a couple of races under his belt, which is what he’s done now.

“I think it is really, really fine margins. And if you’re not on top of the car, and understanding where the tires are, and getting them in their sweet spot, you can be made to look like an idiot.

“And we need to get him back onto track. We can do that. We’ve got the tools, we’ve got the people.

“I think half of it probably just needs a bit of an arm around him and a bit of a hug and saying, ‘Come on, let’s pull yourself together now and let’s get on with it, do the last few races and let’s try and get back to third in the championship.’

“I think he’s more than capable of doing it. It’s a bit tough on him at the moment.”

A set-up misstep which saw Car #18 revert to an older suspension specification is also said to have exacerbated the 22-year-old’s woes at Imola.

“He actually went back on a portion of that suspension for this race,” noted Green.

“I think, in hindsight, he now realises that was probably a bad move.

“I think that’s all part of a bit of a lack of confidence at the moment, and questioning now where the car is and what’s changed, and making sure that it’s not something we’ve changed.

“But, now it’s too reactive, so we’ll have to go back. Now he’s learned the lesson.”