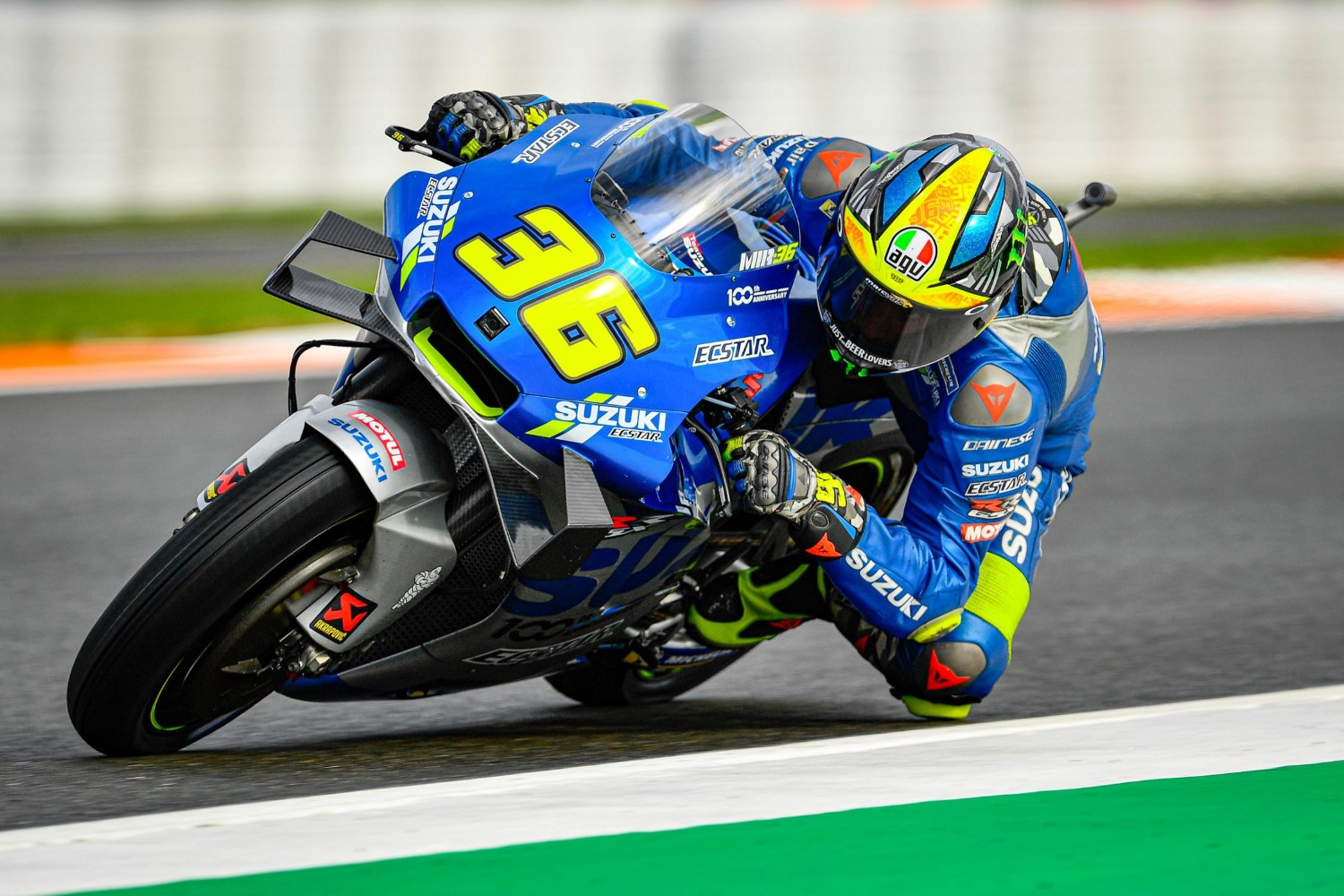 The 2020 MotoGP World Championship title race took a decisive swing on Sunday afternoon at the Gran Premio de Europa. A ninth winner rose to the fore and it was in the form of title race leader Joan Mir (Team Suzuki Ecstar) as he bagged an absolutely monumental 25-point haul to place one hand on the coveted trophy.

Poleman Pol Espargaro got the jump into Turn 1 ahead of Alex Rins on the sister Suzuki, with Takaaki Nakagami holding third off the line on the LCR Honda.

Quartararo leaped up to ninth from 11th on the opening lap and was trying to pass Aprilia’s Aleix Espargaro at the Turn 8 left-hander when both slid off their motorcycles.

Quartararo was able to get back on his bike at the back of the field, some 15 seconds behind, and salvaged two points through misfortune for others – but his title hopes are all but over now, with his deficit to Mir now 37 points.

Rins took the lead from Espargaro at the Turn 11 right-hander on the second lap, with Mir passing the polesitter two laps later.

Rins held the lead from his teammate for a number of laps, with Espargaro lurking in 3rd.

But a mistake from Rins on the run into Turn 11 on lap 17 opened the door for Mir to come through into the lead, with the number 36 immediately opening up a gap of half a second.

From this point, Mir took total control of the race and continued to extend his advantage over Rins all the way to the checkered flag.