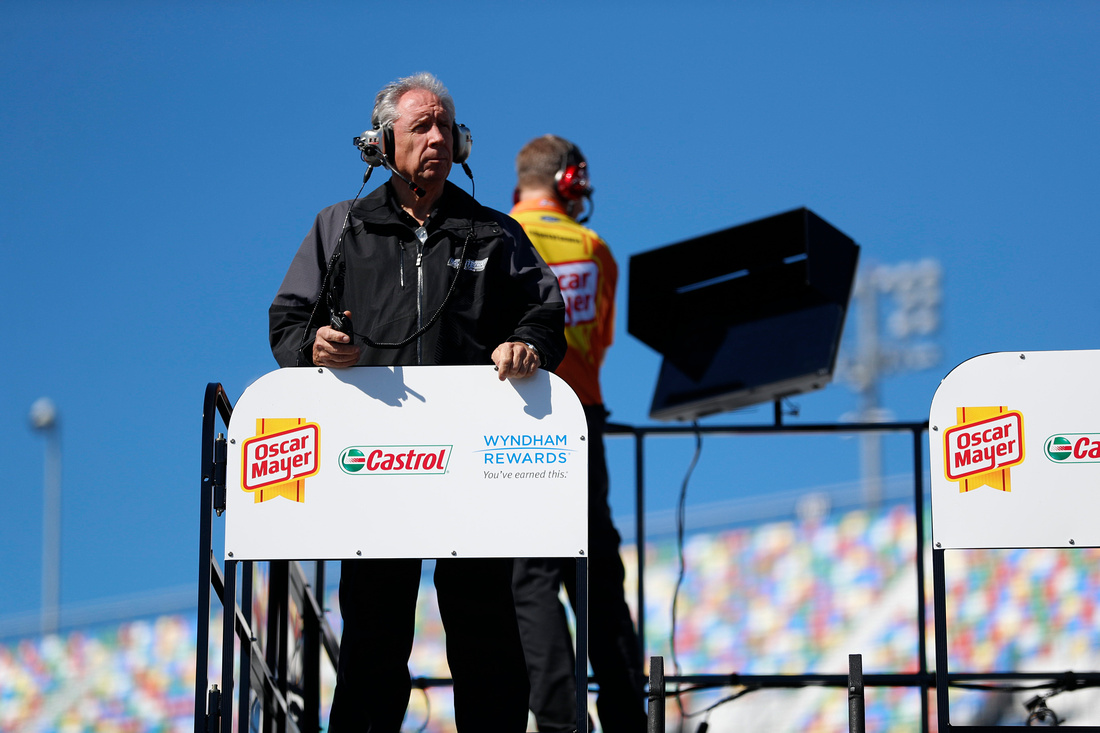 Roush Fenway Racing has named Jimmy Fennig executive vice president in charge of competition. Fennig, who joined the organization in 1997 and played a major role in several of the team’s greatest successes, will oversee all aspects of competition for Roush Fenway’s racing operations that currently fields two entries in the NASCAR Cup Series.

The Milwaukee native served as a crew chief at Roush Fenway for almost two decades, working with a parade of all-star drivers including NASCAR Hall-of-Famer Mark Martin, Matt Kenseth, Carl Edwards and Kurt Busch. He most recently oversaw the team’s superspeedway racing program, growing Roush Fenway into a recurrent powerhouse at Daytona and Talladega.

“I’m certainly humbled at the opportunity provided to me by Jack (Roush) and everyone at Roush Fenway Racing,” said Fennig, who in 2018 was awarded the prestigious Smokey Yunick Award for his lifetime impact on the motorsports industry.  “I’ve been a part of this organization for a long time and during that time we’ve experienced a lot of highs and lows, but I believe in the team, I believe in Jack and I believe in the people we have here to help us get back to the top.

“Make no mistake, our goal is to get these Roush Fenway Fords to the front,” added Fennig. “We know we have a lot of work in front of us, but I believe we owe that to Jack and we owe that to ourselves as racers, and I know the entire team embraces that challenge.”

In a career worthy of major Hall-of-Fame consideration, Fennig guided his vast lineup of drivers to 40 wins, 192 top five and 255 top-10 finishes, while seeing his race cars lead over 10,200 laps in Cup Series action. He cut his teeth on the pit box at NASCAR’s highest levels with a young Martin in 1986, before moving to head up Bobby Allison’s team the following year – where he helped guide the NASCAR Hall-of-Famer to a 1988 Daytona 500 win.

Fennig joined Roush in 1993, teaming with Martin from 1997-2001 and building Roush’s No. 6 team into a perennial championship contender. The duo won 14 races in that span and finished runner-up in the Cup Series in 1998 – after winning seven races, scoring 22 top-five finishes and leading 1,730 laps in one of the most successful seasons in NASCAR history.

Fennig was instrumental in leading Roush Fenway to its second-consecutive Cup Series Championship with Kurt Busch in 2004 and in 2012 he kicked off the team’s 25th-Anniversary season by guiding Matt Kenseth to a dramatic win in the Daytona 500 – marking Jack Roush’s historic 300th NASCAR victory.

“Jimmy Fennig has been a key part of our organization for over two decades,” said Hall-of-Fame team owner Jack Roush. “Jimmy is a real racer and his record and accolades as a championship level crew chief speak for themselves.

“His passion and drive have played an important role in our success as a race team,” added Roush. “He is one of the most loyal and dedicated people I’ve ever known and I’m confident that he is the right man for the job. I’m certainly excited to work with him as we continue to build our program back to the level that will see us compete on the track each week for wins and championships.”

Both Tommy Wheeler and Kevin Kidd will continue to serve in their current roles under Fennig as director of operations and director of competition respectively.