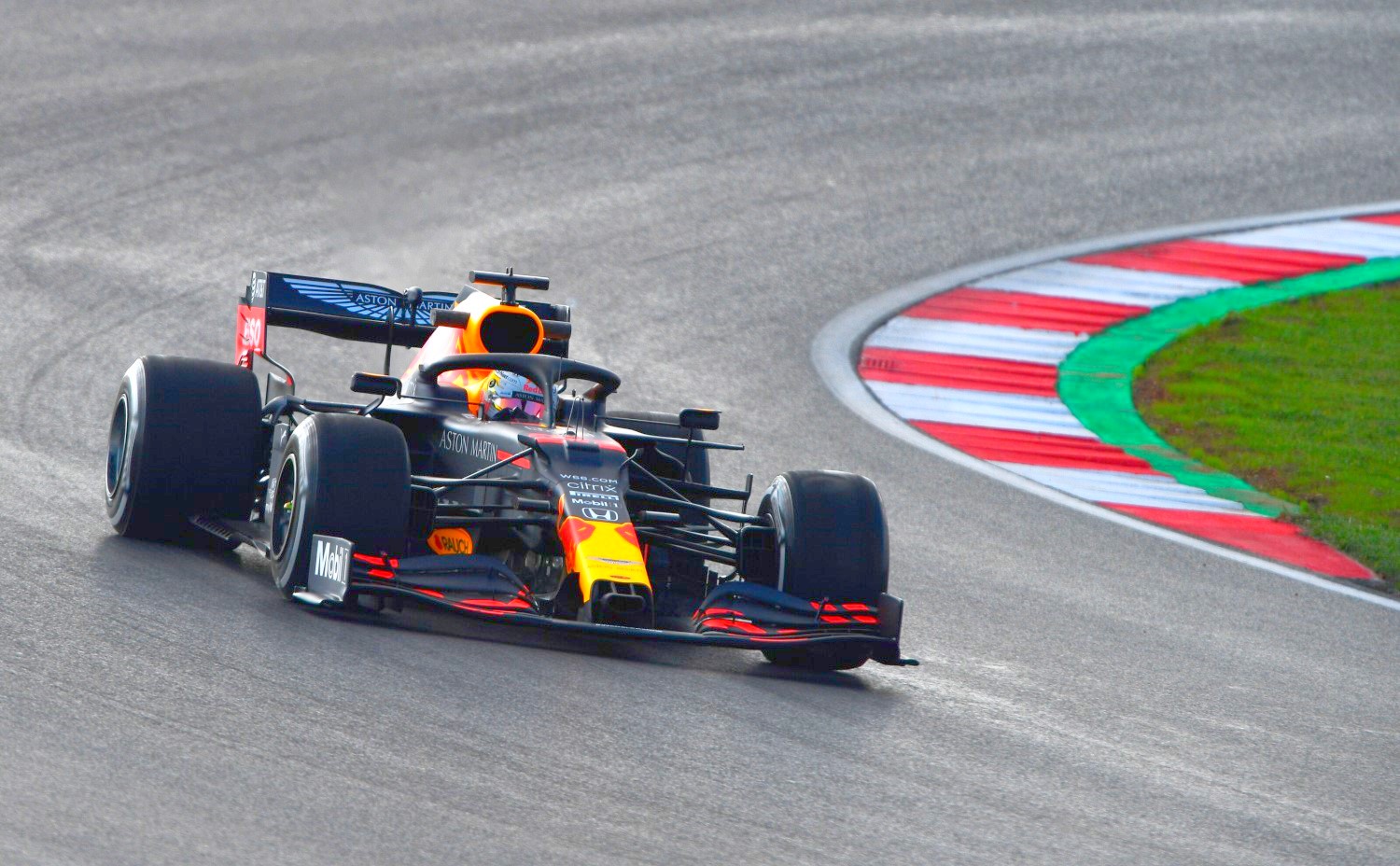 A late lap of top with a 1m 35.077s by Max Verstappen, which included some dicey overtakes, turned the fastest lap on a slippery track in opening practice for the GP of Turkey in Istanbul. His Red Bull Honda teammate Alex. Albon was a credible second 0.241s behind and ahead of the Ferrari of Charles Leclerc in third 0.430s behind.

Pierre Gasly in the AlphaTauri and Sebastian Vettel in the 2nd Ferrari rounded out the top-5.

As for Mercedes, they were saving tires,  sandbagging and not even trying. Valtteri Bottas wound up ninth and Lewis Hamilton a lowly P15.  Track temps were cold  and the teams only have seven sets of the soft red tires as opposed to the usual eight sets, hence the decision to save them in FP1.

This afternoon will also be more representative in terms of track temperatures for qualifying tomorrow, so there should be more of the soft compound tyre being used in FP2.