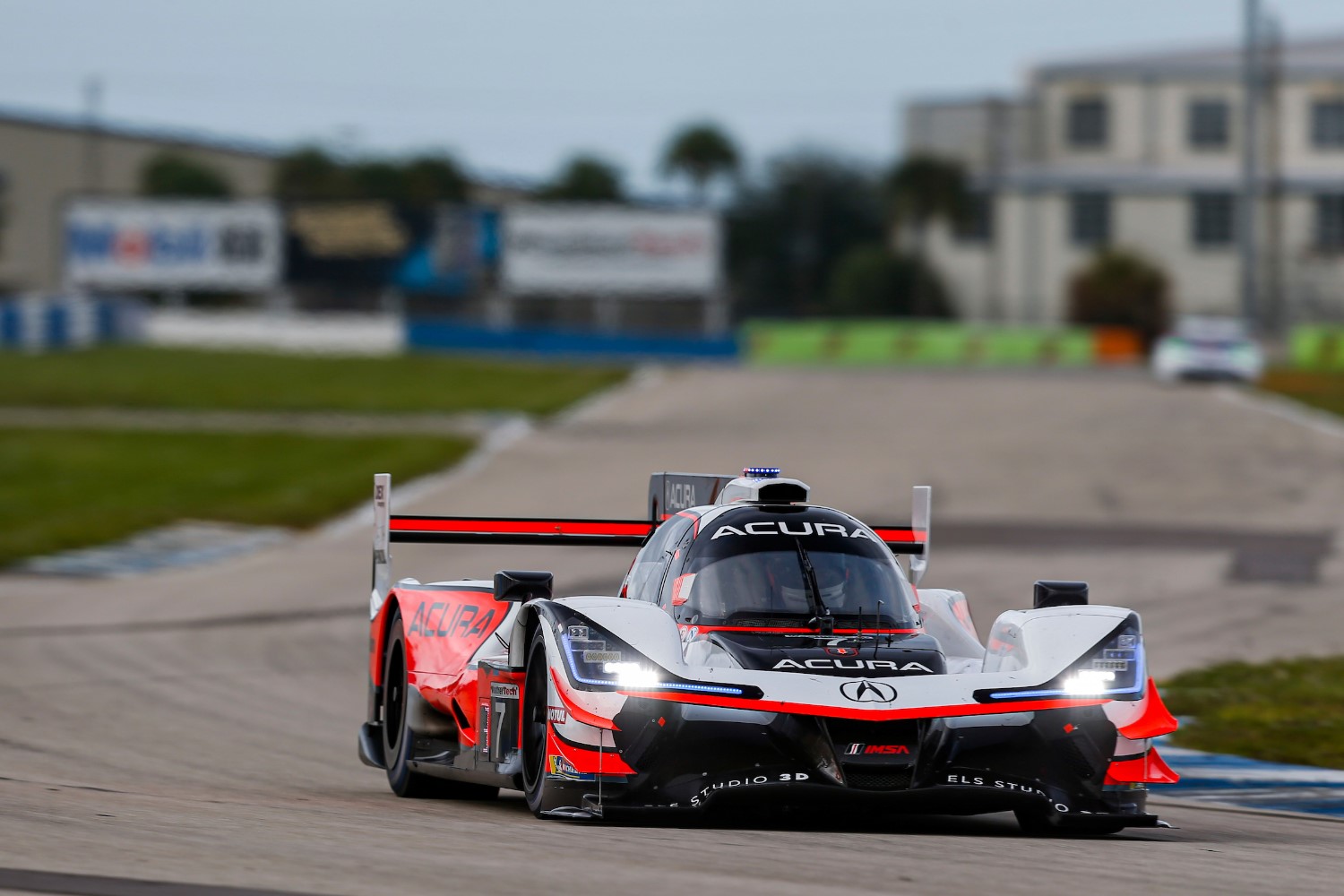 Taylor, who will share the No. 7 Acura with Helio Castroneves and Alexander Rossi, is co-leading the Daytona Prototype international (DPi) driver standings with Castroneves, while also helping the No. 7 lead the team championship.

They are just two points ahead of the No. 10 Cadillac and Van der Zande and his full-season co-driver, Ryan Briscoe. The No. 10 Wayne Taylor Racing entry will be joined Saturday by six-time IndyCar Series champion Scott Dixon.

“It’s such an amazing way to end a championship,” Taylor said of the duel with his dad’s team. “As a fan, you want it to come down to the last race. Basically, whoever wins the race wins the championship. I don’t think you could have scripted it any better. To be racing against the (No.) 10 car, of all teams, is really weird, but it’s fun. I wouldn’t want to be racing against anybody else.”

The No. 31 Whelen Engineering Racing Cadillac and driver Pipo Derani have remote hopes of pulling out the team and driver titles, sitting nine points behind the No. 7. Derani, who’ll share the No. 31 with Felipe Nasr and Gabby Chaves, qualified sixth on Friday. Derani, Nasr and Eric Curran won last year’s Twelve Hours of Sebring in the No. 31.

Kelly Adapts and Puts No. 52 ORECA on LMP2 Pole

Kelly, who shares the No. 52 with Simon Trummer and Scott Huffaker, topped the best lap by the No. 51 Inter Europol Competition ORECA LMP2 07 driven by Naveen Rao, who is fresh from winning the IMSA Prototype Challenge championship last month with Matthew Bell. Rao, Bell and Jakub Smiechowski will share the No. 51.

No. 3 Corvette on GTLM pole

Corvette Racing’s Antonio Garcia claimed his second pole position of the season Friday ahead of the Mobil 1 Twelve Hours of Sebring, adding yet another exclamation point to a championship season for the No. 3 Mobil 1/SiriusXM Chevrolet Corvette C8.R.

Garcia’s effort was the seventh pole position for Corvette Racing this season and sixth for the No. 3 C8.R. Garcia also claimed pole position for the 10-hour Petit Le Mans at Michelin Raceway Road Atlanta, and Taylor captured poles at Sebring in July, Mid-Ohio, Charlotte and WeatherTech Raceway Laguna Seca. Gavin, who will make his final full-season appearance for Corvette Racing, was the GTLM pole-winner at Daytona in July.

“It was a perfect lap,” said Garcia. “From yesterday, we flipped around the car a little bit. With not as much track time as in years past, qualifying is almost like practice for us, too. We gambled on something different and it seems to be working. I’m happy with that. The Corvette Racing guys did a fantastic job. It’s been an amazing season. This year I had my first pole at Petit Le Mans and today is my first pole at Sebring. I’m very, very happy for that, too. That defines how 2020 has been for us. Let’s hope we can carry on that way. The C8.R seems to be really good although I’m expecting a lot of close fights with BMW and Porsche. We are starting in the best place, so let’s see what tomorrow brings. It’s not a two-hour, 40-minute one like in July. Tomorrow will the classic race where we finish at night. We’ll see what the new Sebring date brings us.”

BMW Team RLL qualified a strong second and third for tomorrow’s Mobil 1 Twelve Hours of Sebring presented by Advance Auto Parts, the final race of the 2020 IMSA WeatherTech SportsCar Championship season. With a lap of 1:56116-minutes around the 3.74-mile, 17-turn Sebring International Raceway, Connor De Phillippi qualified the No. 25 MOTUL BMW M8 GTE on the outside of the GTLM class front row. De Phillippi will co-drive with Bruno Spengler and Colton Herta.

“P2 is certainly a good place to start the 12 Hour. We have focused primarily on race pace this week and hopefully all our efforts will translate into the result we want – the win.”

Jesse Krohn qualified the No. 24 MOTUL BMW M8 GTE in the third starting position with a lap time of 1:56.316-minutes. He will co-drive with John Edwards and Augusto Farfus. The BMWs qualified within 0.660 and 0.860 seconds respectively of the pole sitting Corvette C8.R.

Davis turned a lap of 2:01.546 (110.772 mph) on his sixth trip around the 17-turn, 3.74-mile circuit. This is Davis’ second appearance with Team Hardpoint, joining the team previously at Michelin Raceway Road Atlanta for the Petit LeMans endurance race.

“These guys have been working hard, working together, working as a unit to get better,” Davis said. “It’s nice to see that positive attitude and a willingness to improve the car and improve the team. Everybody’s on the same page. I think that came together in qualifying where the Audi R8 LMS GT3 was running great, I was able to push it. We did a good job with the strategy on when to go out, to wait on the tires to come up to pressure, and then just hit it when everything was right.

“You can say it’s a 12-hour race and it doesn’t matter where you start, but in reality, not only is it a great morale boost but you can start to control the event. Ideally when you’re up front, it’s easier. You’re in less of a mess. You’re the first one to get to the corners, you have less traffic, you can work your way through. It’s just step one of a 12-hour plan. Hopefully that plays well into our strategy and will open it up a little bit so we can hit the ground running. I’m really proud of the team, really appreciative of the opportunity from Team Hardpoint, Rob Ferriol and Audi Sport customer racing, and glad I could make the most of it in qualifying.”

The Mobil 1 Twelve Hours of Sebring is set for 10:10 a.m. ET on Saturday. NBCSN will air the race live from 10 a.m.-3 p.m., and 6-10:30 p.m. ET; live network coverage on NBC is 3-6 p.m. TrackPass on NBC Sports Gold will offer live streaming of the full race starting at 10:05 a.m. ET. In addition, IMSA Radio will broadcast the race on IMSA.com, which also will host live timing and scoring. The race also will air on XM channel 202 and SiriusXM Online 972.