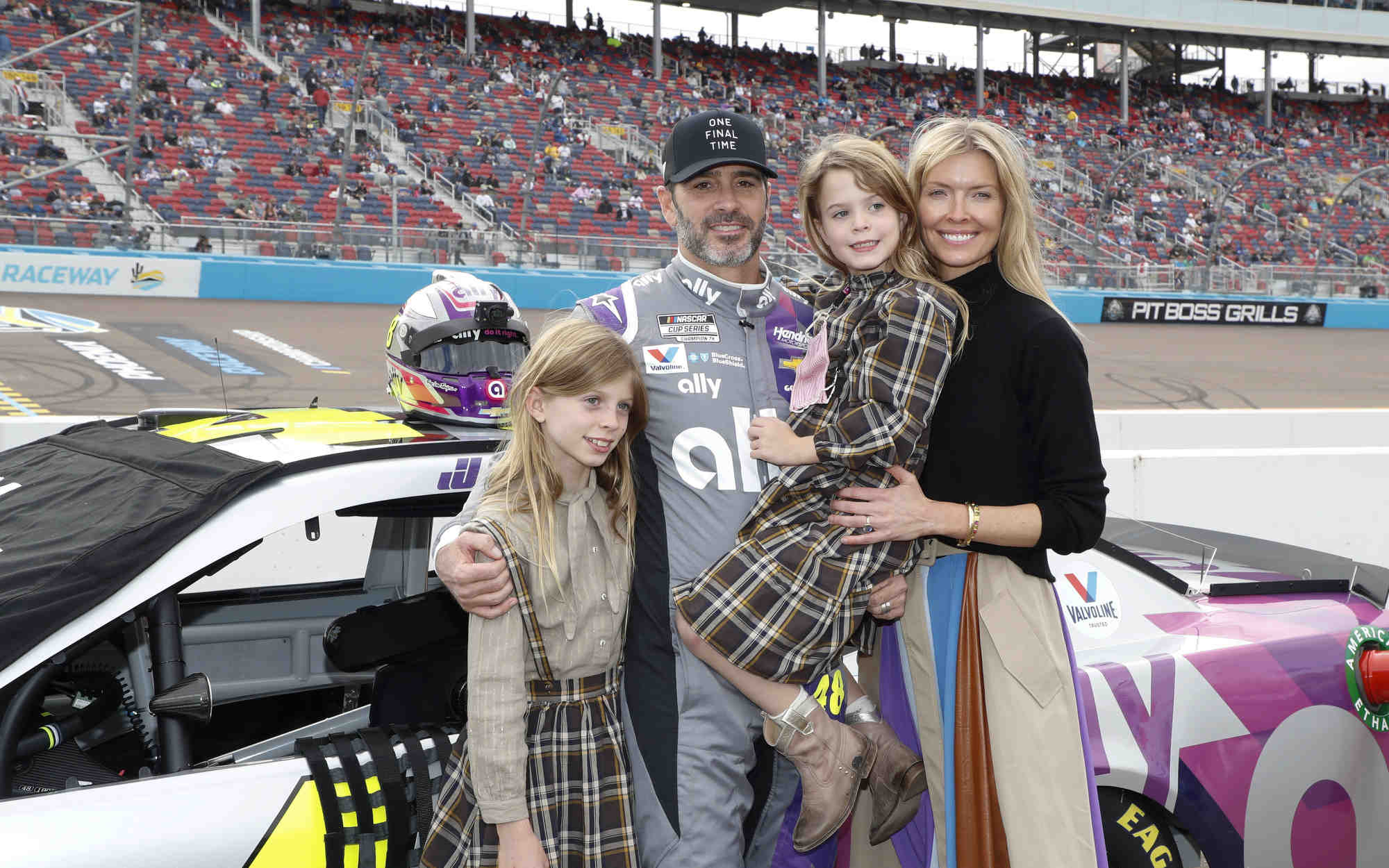 You know the stats: 19 season in the NASCAR Cup Series, 83 race wins, seven championships. The numbers are eye-popping, among the best in the game, and when Jimmie Johnson climbed out of his No. 48 Chevrolet for the final time on Sunday at Phoenix, the numbers weighed heavy. Johnson was the best of his generation, one of the best in NASCAR history.

But like those who have gone before and those who will come, they don’t tell the whole story.

Growing up in southern California, motorsports were a way of life for Johnson and eventually his younger brothers, as the family spent weekends in the desert hills outside of El Cajon, riding dirt bikes and four-wheelers, and that led to racing dirt bikes. Johnson had his first taste of success on two wheels even after having to undergo surgery to repair an injured knee while he was still in elementary school.

As a young teen, Johnson was ready for the next step in his budding career…but he’d gone as far as his parents’ modest incomes could take him. So at an age where most youngsters are worried about what to wear to the next junior high school dance, Johnson learned how to approach potential sponsors, polite and polished, in hopes of securing his next ride.

It was a skill that would serve him well, even lead to some television commentating gigs in his late teens, and it had the desired outcome as Johnson moved into larger vehicles, first off-road biggies and later trophy trucks, competing in both stadiums and the open desert.

Racing off-road taught Johnson two other important lessons. He learned perseverance in his first attempt at Baja, running as co-driver for off-road legend Bob Gordon. The problem? Johnson gets carsick when he rides anywhere but the driver’s seat, and he spent most of the time throwing up. He could have gotten out, but he didn’t.

He also learned car control, the importance of riding on the edge and how to drive a vehicle so loose it was barely in control. And his ability to do just that got Johnson noticed by Chevrolet as a teenager, leading to a development deal. And while spending a long, cold night in the desert with an injured co-driver after running off the road in Baja, Johnson had plenty of time to contemplate his next step.

He wanted to drive Indy Cars in the footsteps of Rick Mears, but didn’t have the money or backing to go that route. Stock cars made more sense, and so Johnson went stock-car racing, climbing through first the ASA ranks, where he had two wins in two seasons and then moving into the then-NASCAR Busch Series with the relatively modestly-funded Herzog Motorsports camp.

In two full-time seasons in that series, Johnson had fair results: top-10 points finishes both years, and his first NASCAR win at Chicagoland Speedway in 2001. They weren’t bad numbers for a young driver still learning to race asphalt.

But that’s not what anyone remembers about Johnson’s Busch career. Oh, no.  The remember the crash.

It was Johnson’s spectacular crash after a brake failure at Watkins Glen during his rookie season in 2000 that made NASCAR fans take notice for the first time. After burying his car door-deep in Styrofoam and Armco, Johnson, who had thought the Styrofoam blocks were concrete, jumped onto the roof of his car in a victory salute simply because he was still alive.

A year later, Johnson was contemplating his future again—the Herzogs wanted to take him Cup racing but the money just wasn’t coming together. He didn’t know that bigger wheels were already in motion.

Johnson, to the surprise of…well, just about everyone, was Jeff Gordon’s pick to drive a new, fourth Hendrick Motorsports entry that Gordon owned half of thanks to a contract extension that included his stake in the new No. 48 Chevy.

Johnson’s Cup career didn’t start in a particularly memorable way. On the night he qualified for the 2001 fall race at Charlotte, his close friend Blaise Alexander was killed in a crash in an ARCA race at the same track. Johnson struggled through the weekend, finishing 39th, and in two more races in 2001, he finished no better than 25th.

During the off-season before his full rookie Cup season, Johnson was paired with crew chief Chad Knaus. After starting the 2002 season with a Daytona 500 pole, Johnson and Knaus set about setting expectations on their ears. Johnson’s first win came at his home track in Fontana in just his 13th start. He won twice more as a rookie and is the only rookie in Cup history to lead the overall points standings. He finished fifth in points, but lost rookie honors to Ryan Newman.

Johnson won three times in 2003, finishing second to Matt Kenseth in points. He won eight times the following year, again finishing second in points to Kurt Busch as the playoffs determined the champion for the first time.

Johnson’s most memorable win in 2004 was in Atlanta, just a week after an airplane crash had claimed the lives of 10 people, including Hendrick’s heir apparent Ricky Hendrick, on the way to the race at Martinsville the previous weekend, another Johnson win.

He finished fifth in points in 2005, but seemed on the brink of a breakout with four more wins. And break out he did, wining a record five straight Cup titles from 2006-2010, winning 35 races in the same span including a 10-win season in 2007.

Johnson won his sixth title in 2013 and his seventh in 2016 to join Richard Petty and Dale Earnhardt as the only Cup drivers to reach that number. His 83rd win came at Dover in 2017.

Johnson made an impact away from the track as well, as he and his wide, Chandra, started the Jimmie Johnson Foundation, which has funded Habitat for Humanity home builds and projects for multiple schools in need.

His competitors unfailingly speak of Johnson with respect. Gordon calls him “the best I ever raced against.” Tony Stewart says Johnson is the most underappreciated driver in the history of the sport. He raced others with respect and was raced that way in return.

As he rolled onto the track for the last time Sunday, crewmen from every team lined up to shake his hand.

Not bad for a kid who was disappointed to walk into Hardee’s and not find his racing hero, Cale Yarborough, whom the chain sponsored, inside, or whose early home videos include him riding his tricycle wearing oversized racing goggles and socks for driving gloves.

Johnson’s next step? He’ll run the Rolex 24 Hours in January and then a partial IndyCar schedule in 2021 and 2022, finally realizing that childhood dream. After that, who knows? Johnson has said he’d like to race sports cars. He’s stepping away from the year-long NASCAR grind, but it’ll be a long time before Jimmie Johnson gets too far from a racetrack.