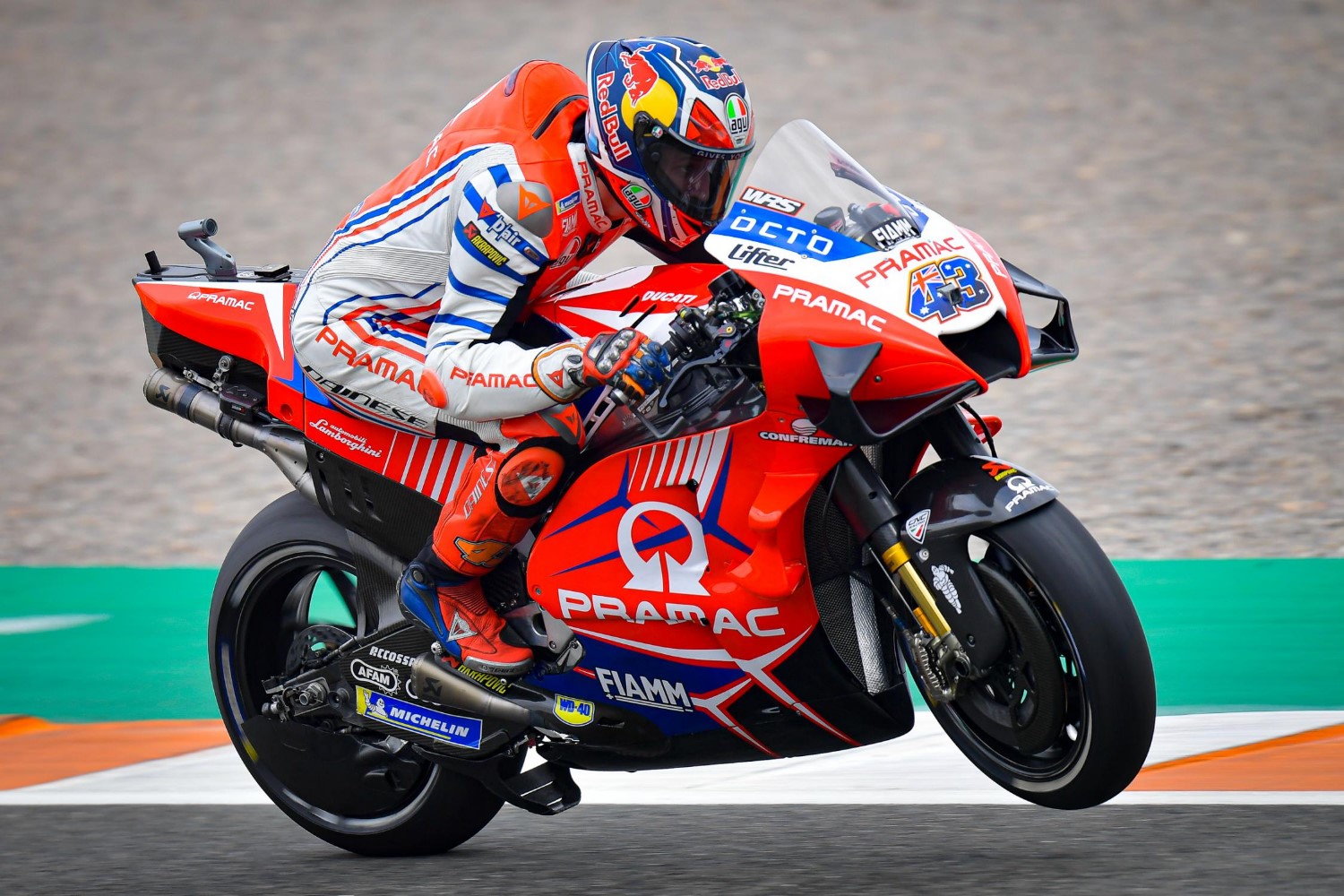 Just 0.749 seconds covered the top 19 from Miller down to Alex Marquez in FP2, with the likes of Mir and joint-nearest title rival Fabio Quartararo missing out on a provisional Q2 place after Friday’s running.

Not a good day for ALex Marquez:

A tough session gets worse for @alexmarquez73! 😱

The @HRC_MotoGP rider suffers his second fall of the afternoon, but is already back in the pit box! 💢#ValenciaGP 🏁 pic.twitter.com/QtRUyMxMTA

A relatively quiet FP2 burst into life in the final 10 minutes as the order changed dramatically. Miller, just as he was seven days ago, led the premier class field on Friday at the Circuit Ricardo Tormo thanks to his late time. Nakagami enjoyed his Friday to end P2, slipping a place from FP1, with Bagnaia joining his teammate in the top three. The Italian was P19 after FP1, a solid afternoon session sees the future Ducati Team rider climb to the timing screens.

European Grand Prix polesitter Pol Espargaro ends Day 1 in P4, staying inside the top four as the KTM star looks bang in form ahead of qualifying. Zarco also had a handy FP2 session to finish Friday in P5, the Frenchman picks up one place from his P6 finish in FP1. Dovizioso and Crutchlow – two outgoing riders at the end of the season – claimed P6 and P7 respectively, their two laps saw Morbidelli get demoted to P8 as the Italian and Viñales are the only two riders to not go quicker in the afternoon. Rins finished P9 – the only Suzuki inside the top 10 – as Viñales currently sits in the final top 10 spot, just 0.346 away from Miller.

So then, how much did that crash affect Mir’s day? Well, a P12 isn’t ideal for the Championship leader which means he’s got some work to do on Saturday morning – if it’s dry. Quartararo was seven tenths slower than Miller and finds himself lingering in P16, two of the main title contenders are heading for Q1 as things stand.