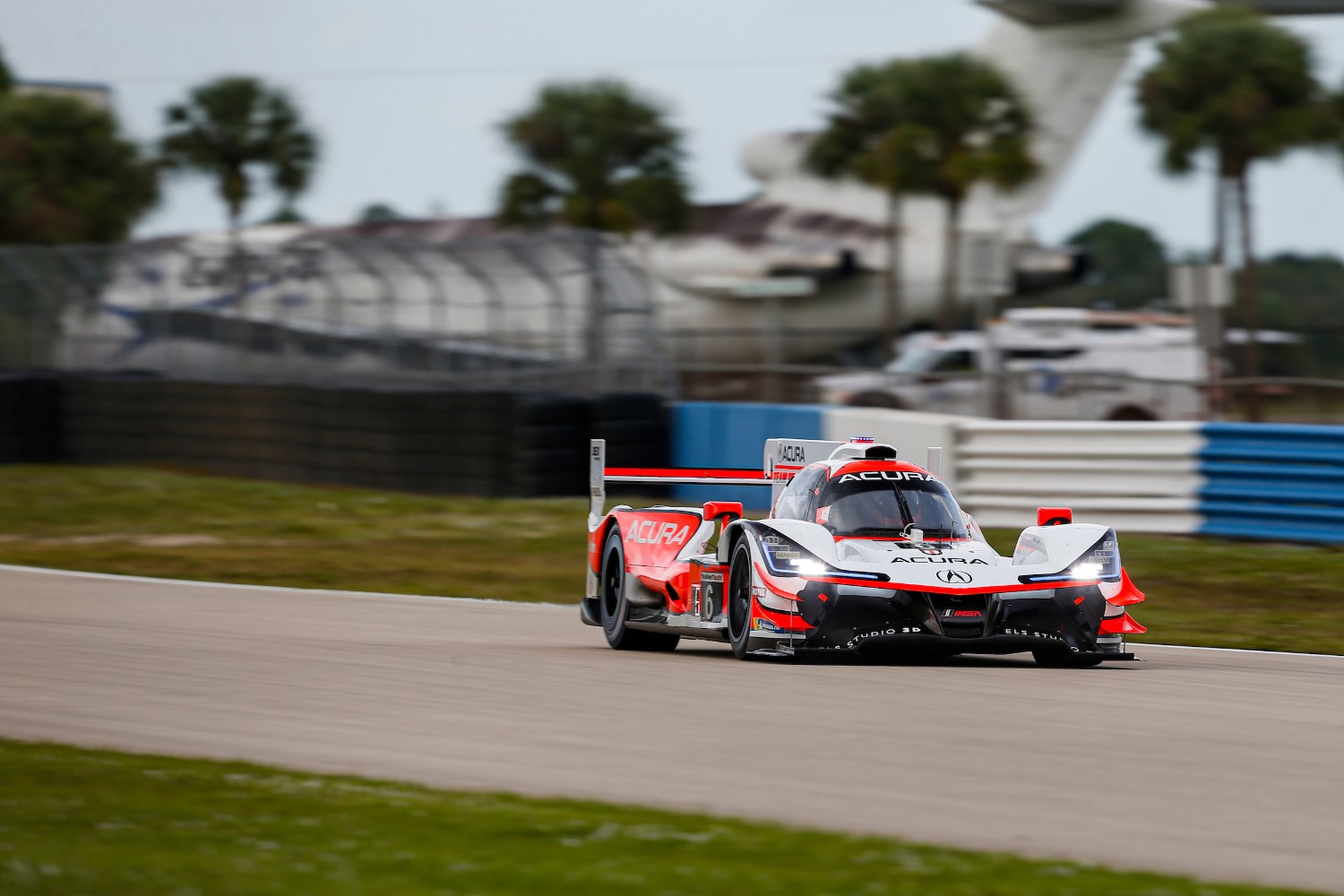 After 1 Hour Dane Cameron has assumed the early lead of the Mobil 1 Twelve Hours of Sebring after turbo issues struck the championship-leading No. 7 Team Penske Acura ARX-05 of Ricky Taylor.

Taylor, who had led the IMSA WeatherTech SportsCar Championship title-decider from pole, pitted on Lap 22 with a boost-related issue. An intercooler was replaced on the car, but they are 9 laps down.

Taylor and co-driver Helio Castroneves headed into the race with only a two-point lead over Wayne Taylor Racing’s Ryan Briscoe and Renger van der Zande, who was assessed a drive-through penalty for an improper start procedure.

The Dutchman lost around 30 seconds and currently runs seventh, with Pipo Derani third in the No. 31 Action Express Racing Cadillac DPi-V.R, which has suddenly found itself back in title contention.

Connor De Phillippi leads GT Le Mans in the No. 25 Team RLL BMW M8 GTD following a pass on Antonio Garcia at the start of the race.