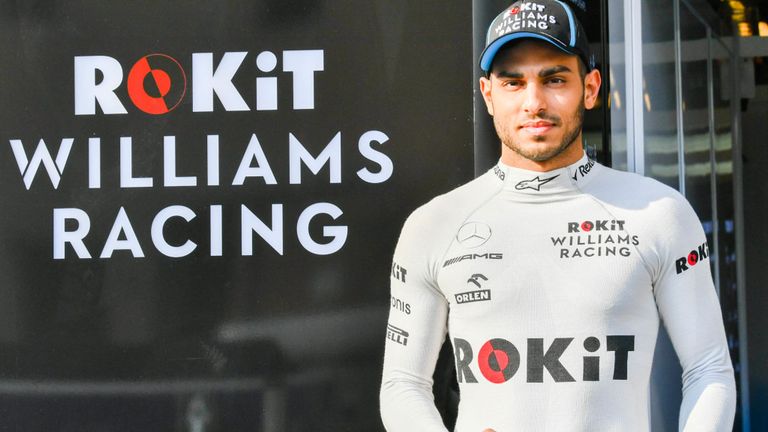 Williams Racing is pleased to confirm that Reserve Driver Jack Aitken and Test Driver Roy Nissany (shown above) will drive in the post-season Abu Dhabi test at the Yas Marina circuit on Tuesday 15th December. The team can also confirm that Roy Nissany will make his third FP1 appearance of the year at the Bahrain Grand Prix on Friday 27th November.

Jack and Roy will both be building on their previous experience of the FW43, with Jack having taken part in FP1 at the Styrian Grand Prix. Roy has driven the car twice so far this year, in FP1 at the Spanish and Italian Grands Prix, with Bahrain and Abu Dhabi marking his third and fourth appearances of the year.

The Young Driver Test, which replaces the traditional end of season Tyre Test, will run for just one day and is solely for drivers who have not started more than two Grands Prix. Jack and Roy, who have both been competing in FIA Formula 2 this year, will each spend a day behind the wheel with the team running two cars.

The optional one-day test is aimed at providing Young Drivers the opportunity to test a current Formula One Car. Williams is excited to be able to offer this additional track time to the team’s Academy Drivers to help with their development and aid with the correlation work going on behind the scenes at Grove.

Jack Aitken said: “Of course I’m delighted to be able to step back into the FW43 in Abu Dhabi. After my FP1 outing with the team earlier in the year, I’ll be looking to build upon my experience with the team and get some ever-welcome laps under my belt. Although we won’t be able to test too much with the way the program is set, there are always things to learn, and it will be a great way to finish the season.”

Roy Nissany added, “The Abu Dhabi test is another great opportunity for me to develop my connection with the car. In contrast to an FP1, the test gives us much more time and miles to fine tune and synergize the car and my driving.”