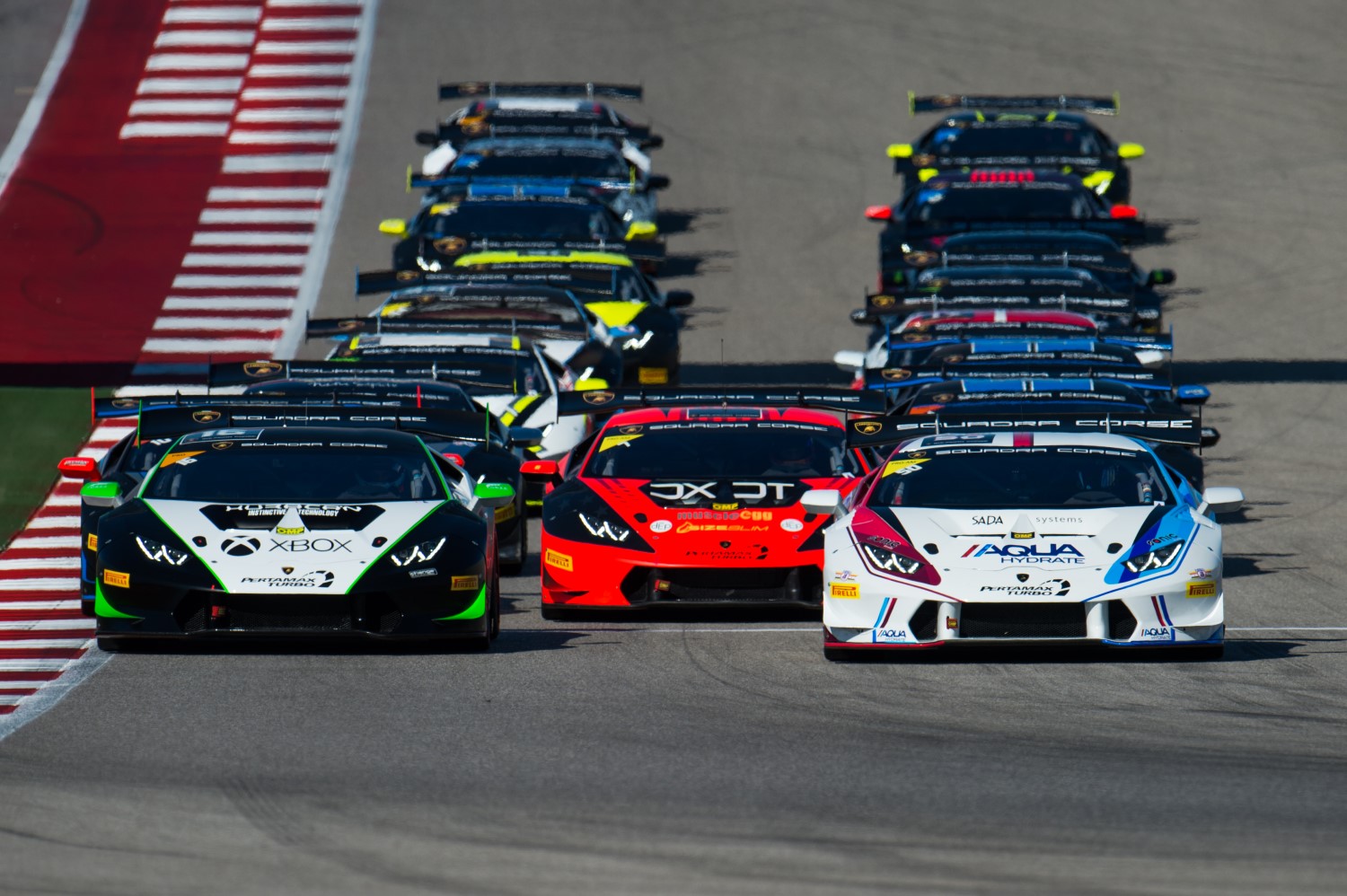 The inaugural NASCAR weekend at Circuit of The Americas (COTA) just got even bigger. The Lamborghini Super Trofeo North America Series sanctioned by the International Motor Sports Association (IMSA) will join a jam-packed weekend alongside the NASCAR Cup Series, NASCAR Xfinity Series and the NASCAR Camping World Truck Series at COTA in Austin, Texas, May 21-23, 2021.

“NASCAR’s inaugural weekend at COTA will be one of the most entertaining motorsport festivals of the entire year,” said Speedway Motorsports President and CEO Marcus Smith. “With the addition of the IMSA Lamborghinis, we’ve put together a wide-open, three-day adrenaline rush for both stock car and sports car fans.”

Racing at COTA for the first time since 2017, the Lamborghini series will run two 45-minute practice sessions on Friday and two 50-minute races – the first Saturday evening and then another Sunday afternoon. Competition will include the four North American continental championship categories: PRO, PRO-AM, AM and Lamborghini Cup. Schedules are subject to change.

“We are absolutely thrilled to be returning to Circuit of The Americas with Lamborghini Super Trofeo in 2021,” said Chris Ward, Head of Motorsports – Lamborghini America. “The circuit remains a favorite with our teams and drivers, and we are particularly excited to be returning on such a special weekend to coincide with the inaugural visit of the NASCAR Cup Series. I know our Texas Dealers are already planning their activations for what will be a fantastic weekend of on-track action.”

Fans will get their first glimpse of the weekend action as drivers from the NASCAR Xfinity and Camping World Truck Series and the Lamborghini Super Trofeo North America Series take their first practice laps on the world-renowned road course on Friday, May 21. On Saturday, May 22, the on-track action will heat up with practice and qualifying sessions for each series, NASCAR Xfinity and Camping World Truck Series races as well as the first Lamborghini race. The weekend will conclude with the second Lamborghini race plus qualifying and the first-ever NASCAR Cup Series race at COTA on Sunday, May 23.

Fans who have already made deposits for weekend ticket packages will be contacted directly to finalize their seat selections, while new purchases can be made at NASCARatCOTA.com.

Three-day weekend ticket packages are the most affordable way to catch all the action for the May 21-23 event. Single-day tickets will go on sale Feb. 1.

Announcements regarding race length, course selection and the complete weekend schedule will be made at a later date.