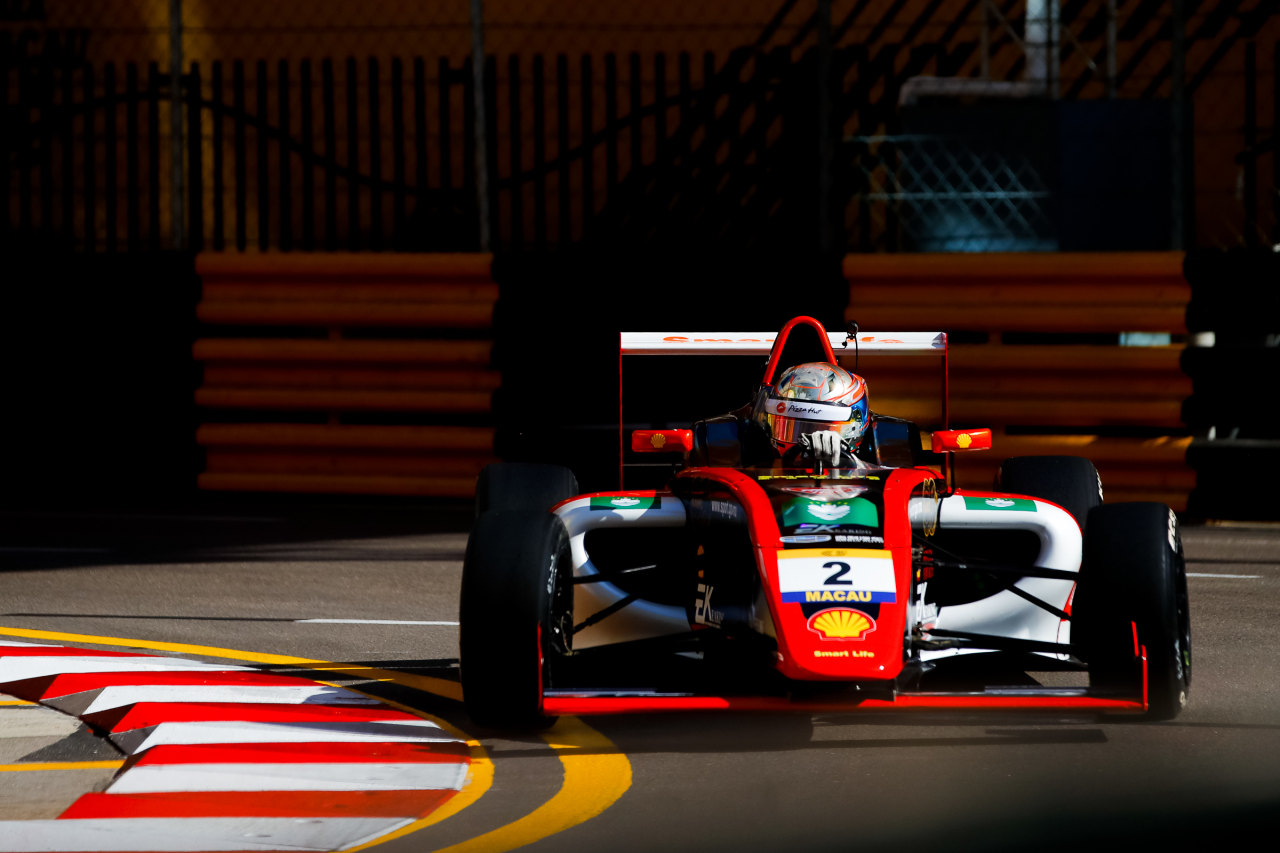 Hon Chio Leong  (shown above) led the way in a shortened second practice session for the 67th Macau Grand Prix.

The Macao driver made a flying start to what was scheduled as a 35-minute session, a 2m33.466s on his first run putting him within striking distance of Li Si Cheng’s morning benchmark.

It didn’t take long for him to lower that benchmark, either, Leong storming to a 2m30.893s at the midway point of the session.

The 2017 FIA Chinese Formula 4 and Asian Formula Renault champion then went quicker again with 10 minutes to go, a 2m30.168s leaving him well clear of the field.

Shortly afterwards the session was red-flagged, courtesy of Zhu Yuan Jie clattering into the wall at Police.

A decision by officials to not restart the session meant nobody was given a shot at chasing down Leong’s time, his final margin over fellow Macao driver Wing Chung Chang more than a second and a half.

For the second time Chang was the runner-up in the session, while Practice 1 pacesetter Li finished up third, despite going six-tenths quicker than he did this morning.

His session wasn’t entirely straightforward, though, the Chinese driver at one point taking to the escape road at Lisboa.

The 2020 Macau Grand Prix continues with qualifying at 9am local time on Saturday.