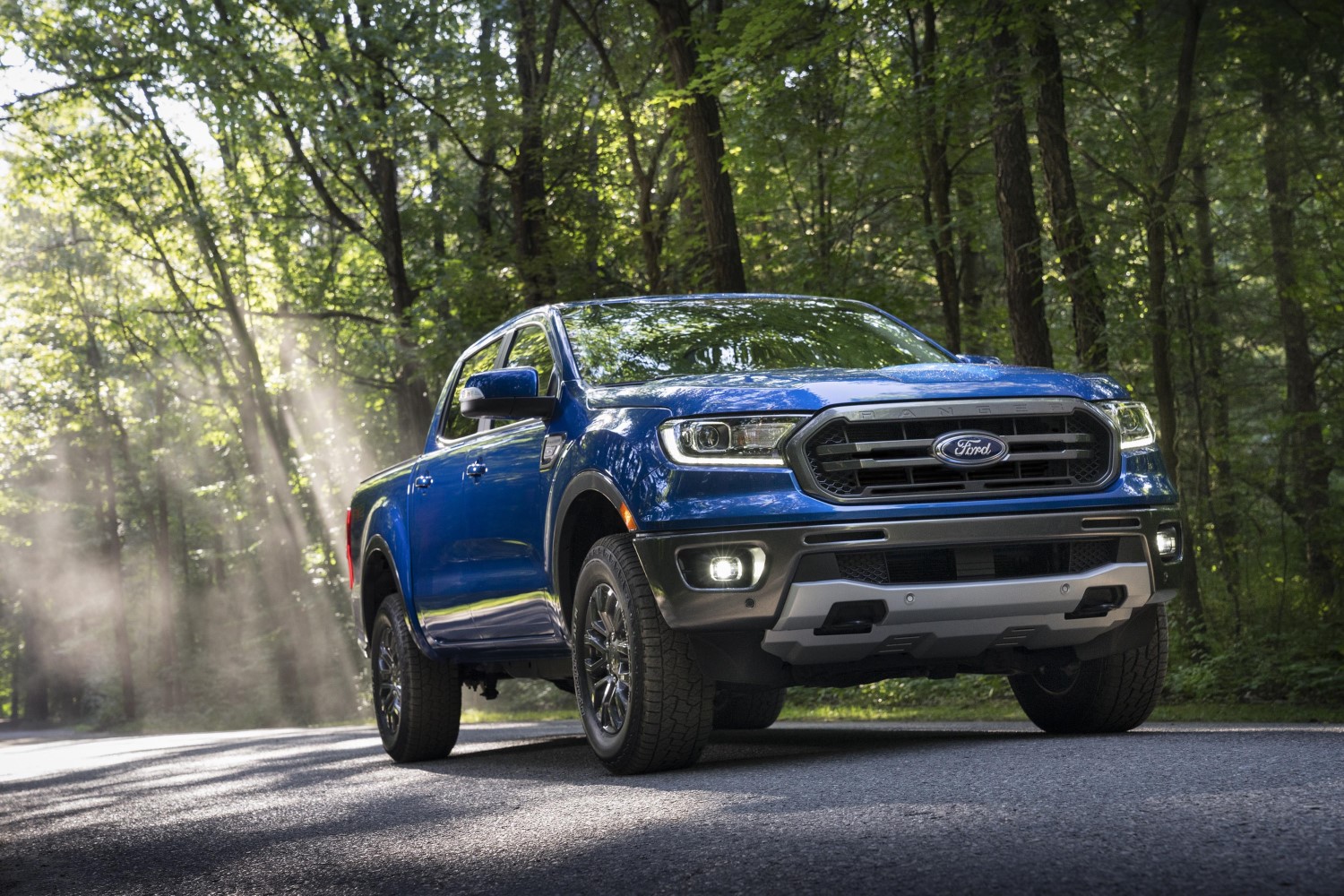 The compact truck market almost died a few years ago after a huge boom in the 80’s when everyone seemed to have one in their showroom. However, there has been renewed interest with many players getting back into the game. What is different now is that they are bigger and stronger than ever and there are some interesting varieties. Jeep’s new Gladiator is a serious off road machine while Honda’s Ridgline goes the other way and focuses on being great on the tarmac. In the middle are the volume players such as Chevrolet, Toyota, Nissan and now Ford. They focus on making trucks that can do it all and Ford has one of the newest trucks in the segment.

The Ford Ranger was a huge seller for Ford when the compact pickup was introduced in 1983. Ford stopped selling the Ranger in the US in 2012 because of declining sales probably due to the fact the Ranger never received a proper update and was still very similar to the 1983 version.  Ford finally decided to bring back the Ranger to the US market for the 2019 model year with an all new and very modern truck.

After spending time with the Ranger, we can report that the Ranger is a terrific vehicle. It is simple and pure, what the F150 should be. Depending on sales numbers, we could see higher end versions of the Ranger in the coming years since those are much more profitable but we like the Ranger the way it is.

For 2020, the Ranger lineup is quite simple. All Rangers come with the same engine and transmission. There are no other choices. The engine is a 2.3 liter DOHC EcoBoost turbocharged four cylinder that puts out 270 hp, compared to 207 hp for the 2011 Ranger V6. The transmission is also state of the art, a ten speed automatic with close ratios. The transmission is well calibrated and makes itself pretty much invisible. You never have the need to manually select a gear. It always finds the right gear and does it quickly.

Compared to the competition, the power output is a bit lower but you would never know it. Everyone else uses V6 engines (there is a turbo diesel option on the Chevrolet Colorado) but the advantage of the turbo four cylinder seems to show up in fuel economy. The EPA rates the Ranger 4WD at 20 mpg in the city and 24 mpg on the freeway. We easily matched those numbers and even managed to get 20 mpg while towing a 3500 pound trailer.

Speaking of towing, the Ranger is rated to tow 7500 pounds which is a very big number for a small truck.  We did not come close to trying out that number but our 3500 pound trailer did not provide any kind of challenge to the Ranger. It towed it with ease and it was not bothered at all. Even with heavy winds the Ranger’s strong chassis handled it comfortably and we did not experience any swaying. The brakes were also strong and worry free while towing.  One item of interest if you plan on towing is that the Ranger does not come with a brake controller built in like its big brother, the F150.

The interior of the Ranger is definitely smaller than a full-size truck. It is much more car like and the advantage is that you can drive it like a car. It fits in most garages and tight parking spaces. A full-size truck feels huge in comparison and if you don’t need to tow a huge trailer or carry a heavy payload why get something that big. The Ranger is perfectly sized for the big city yet it can haul up to 1860 pounds.

The front seats are very comfortable and the view from the driver’s seat is fantastic. Our Lariat truck had the leather seats which were very comfortable and supportive. The rear seat is perfect for carrying two or three people but legroom is a bit limited. The rear seat folds in two ways if you want to haul stuff back there. You can either pull the bottom cushion up or the back rest down but either way, the seat remains in the way. The best way to haul boxes back there seems to be to put the boxes right on the back seats which is not great because you can get the seats dirty. Under the rear seats are a couple of small cubby holes to store small items.

There are many reasons why a Ranger makes more sense than a full size F150. Fuel economy and driving ease are two that come to mind. The other important factor is price. The Ranger, unlike the F150, comes only in a few trim levels and none are crazy expensive. You have a choice of basic XL that starts out at $24,410.  Upgrade to the XLT trim and you will spend $28,460. Go for the top of the line Lariat and the price jumps to $32,500. Our truck was the Lariat level and it had more features than we needed. It was a SuperCrew with 4WD and had a few additional options that brought the final price to $47,305. The XL has everything we need in a truck and has a ton of great features. Our advice is to get the XL or the XLT, select only the options you need and you will get a bargain.

The Ranger is a terrific truck that we have been waiting for. It easily hauls almost everything you can throw at it and gets good fuel economy in the process while costing you very little. We are living in a time where an F150 can cost $75,000 which is a ridiculous amount of money to spend on a truck. The Ranger is a breath of fresh air and is a bargain if you just need a truck.