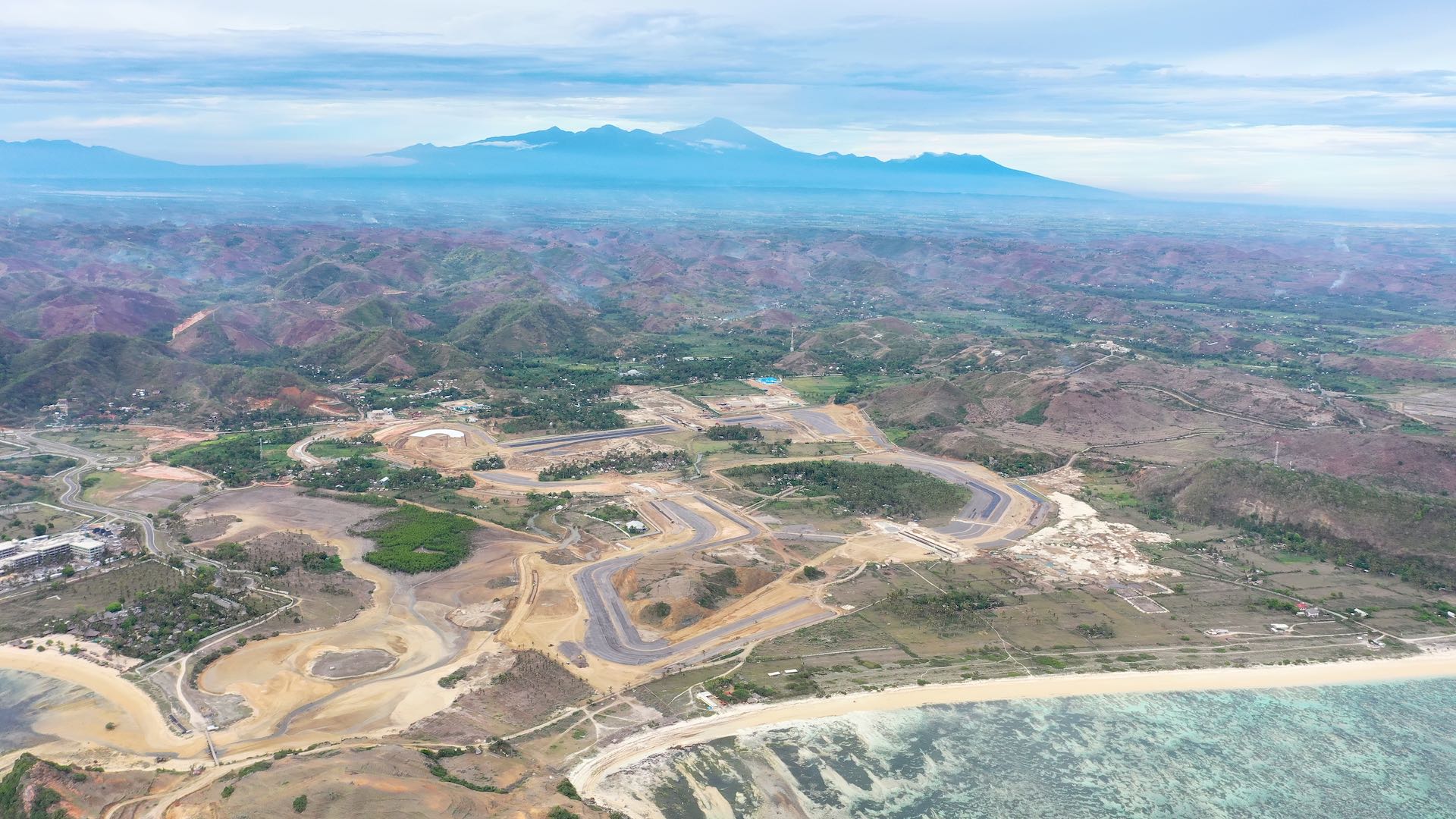 By mid-2021, the Swiss-based Geobrugg says construction should be complete on Indonesia’s Mandalika International Street Circuit, what can become MotoGP’s “largest circuit project.”

The track, located on the island of Lombok, is listed as a reserve on the MotoGP calendar. If the track’s construction is completed in time, Mandalika can possibly show up later on the 2021 MotoGP calendar, says Mark Hughes, interim COO of the Indonesian Tourism Development Corporation (ITDC), which is developing the track and the area around it as a tourist destination with numerous luxury hotels and leisure facilities.

Goebrugg reports that they had shipped 1,550 mobile debris fence panels for placement around the circuit, and 31 molds to create the concrete blocks that are essential for each turn.

The goal is to develop a circuit that meets both FIM Class A and FIA Grade 1 level, says Hughes. This is one of the key reasons for using F1-level circuit suppliers such as Geobrugg, as the venue owners have no limit to the circuit’s ambitions.

“MotoGP is our priority at the moment but we have our eye on the long term,” says Hughes. “We will have car racing at some point and it makes sense to use an FIA-endorsed product like the Geobrugg fences so that we are ready for the pinnacle of car racing if required. I’ve used Geobrugg before on other circuit projects and I think it is a fantastic product.

“It’s an incredibly fast track. We spoke with a number of riders when we were going through the different design iterations and everybody identified it as being one of the fastest tracks on the calendar.”