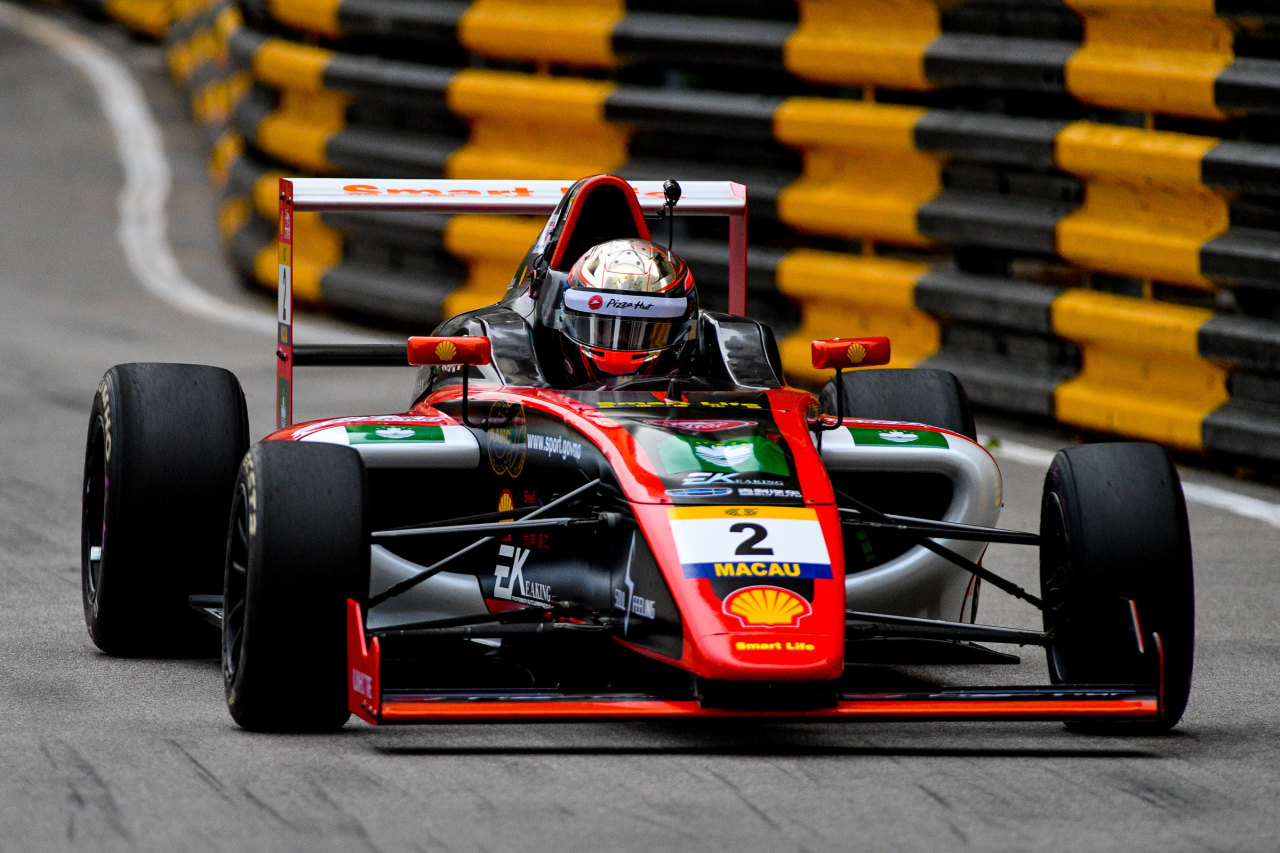 Charles Leong (shown above) led a historic one-two for local Macao drivers to win the Formula 4 Macau Grand Prix. Leong, who is only the second Macao driver to win the Macau Grand Prix, and Andy Chang Wing Chung were a cut above the field throughout the 12-lap race, the pair sprinting away from the chasing pack led by Liu Yang on the opening lap.

Their early advantage was swiftly wiped out when Liu hit the wall at Faraway on the opening lap, triggering the race’s sole safety car. When the race went green on Lap 4 the leading duo took off again, Leong settling in to a comfortable lead over Chang. That was until the closing stages of the race when lapped traffic began to play its part and Chang was able to close right up Leong’s rear wing.

The race-long leader was able to hold on, though, becoming the first Macao driver to win the Macau Grand Prix since André Couto in 2000.

“I just reached one of my childhood dreams,” said Leong. “I’m a bit speechless, I don’t know how to describe my feeling right now. There’s too much happening, I feel like I’m dreaming right now. I had a couple of cars blocking me through the mountain part [late in the race] and I was struggling quite a bit to get past them. In the end it was really, really close. I think I used my tires a bit too quick at the start of the race. It was pretty tough.”

Chang added: “In the beginning I was trying to get closer, but Charles was so quick, I couldn’t catch him. And then on the last lap I saw there was a slow car in front, and I thought I had a chance. But I’m really happy to finish second.”

Li Si Cheng finished third, 23 seconds behind the race winner and 16 seconds clear of Lo Kwan Kit in fourth. The battle for fourth was a thriller, with Lo spending a number of laps locked in tense combat with Hong Shi Jie and Ling Kang. With three laps to go, Lo managed to pass Hong and pull a small gap, leaving Hong and Ling to fight it out to the flag. The gap between the pair was just two-tenths at the finish, with Hong hanging on to fifth. 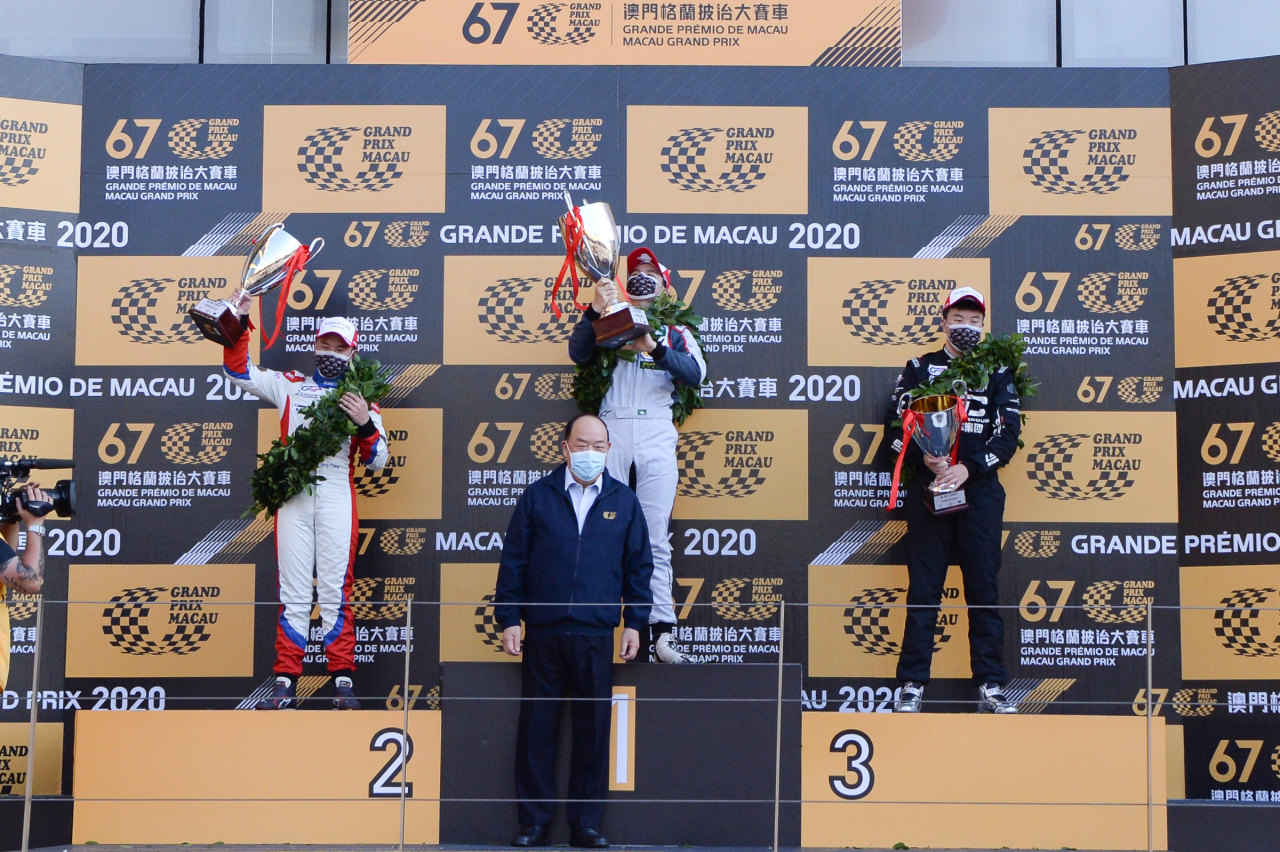