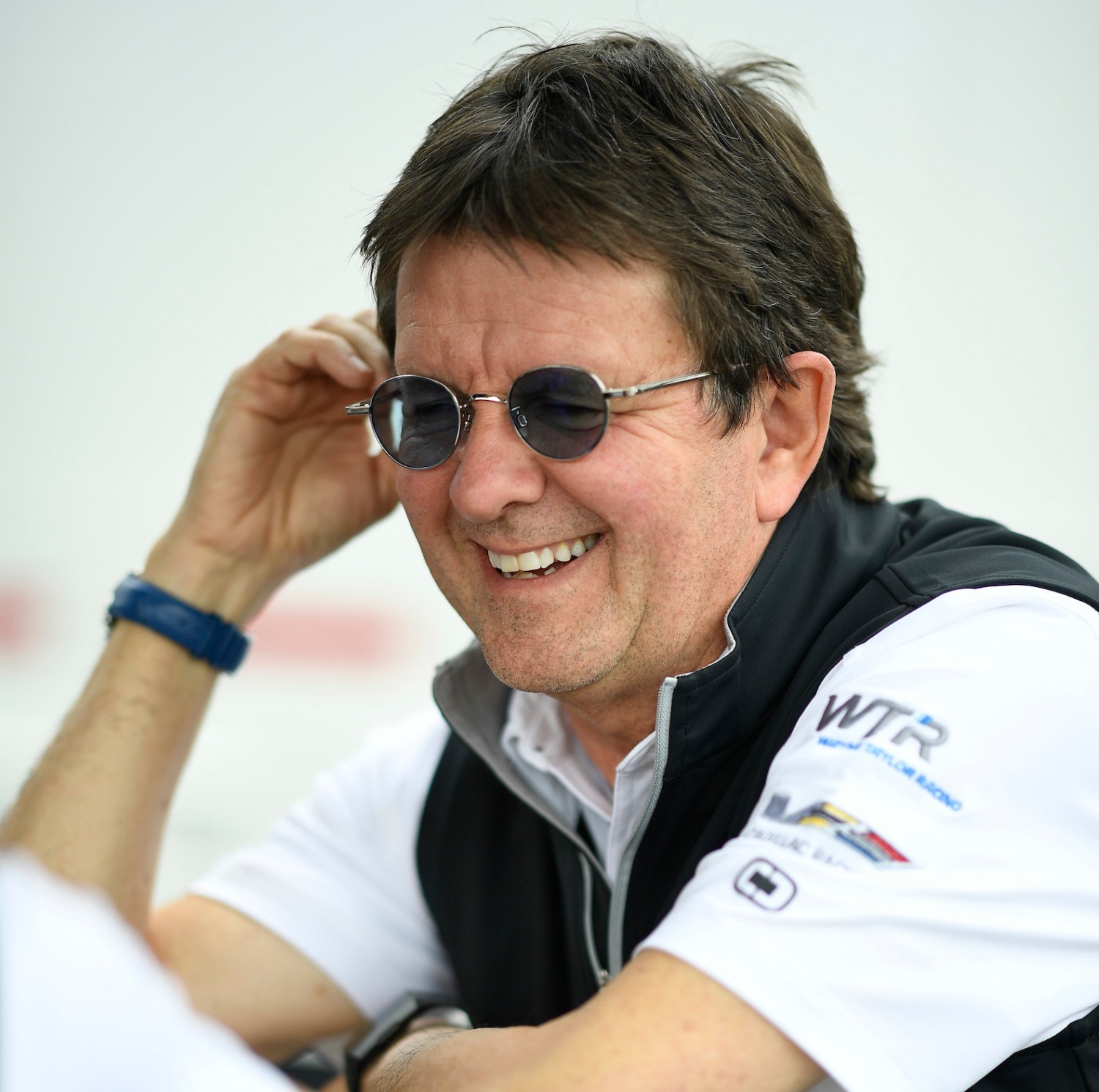 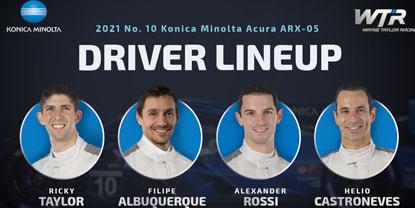 The 2021 IMSA WeatherTech SportsCar Championship season launches a new era for the No. 10 Konica Minolta team, with an entirely new manufacturer and driver lineup. Ricky Taylor returns to Wayne Taylor Racing after a three-year stint with Team Penske and will be joined by world-class sportscar veteran Filipe Albuquerque. The move to Acura for the 2021 season marks an exciting new chapter in the team’s history, fielding an Acura ARX-05 in the Daytona Prototype International (DPi) class.

2016 Indianapolis 500 Champion Alexander Rossi will compete alongside Taylor and Albuquerque for three endurance races, with three-time Indianapolis 500 Champion Helio Castroneves joining the team for the Rolex 24 at DAYTONA in January. Castroneves was Taylor’s co-driver at Acura Team Penske for the last three seasons, while Rossi joined the duo for the endurance races the past two years.

“This is an exciting time for Wayne Taylor Racing,” said team owner Wayne Taylor. “I am extremely excited about securing the three drivers that have been driving the Acura ARX-05 the past few years as well as Filipe Albuquerque who has been driving a similar car in Europe with great success. With us as a team changing manufacturers, I wanted to have consistency in the drivers and with this group, that is one thing we can tick off the list. I am very excited that Konica Minolta and, of course, CIT, are joining us again this year. It is certainly a new challenge, but I believe we have the right people and the right drivers in place to be competitive and win races. On another note, I would like to introduce Harrison Contracting as a new sponsor of the No. 10 Konica Minolta Acura ARX-05.”

“I have a lot of history with Wayne Taylor Racing,” said Ricky Taylor who has 24 wins, 57 podiums, and 28 pole positions in his IMSA WeatherTech SportsCar championship career. “I grew up with the team and they helped develop me as a driver. It was a very difficult decision to leave the team in 2017 and join Acura Team Penske, but I was able to grow more. It’s always great to go somewhere and bring value to the team, so now that I feel like when I return, I can do that. Alex, Helio and I have a lot of experience with the Arura ARX-05 and I know the team really well, it’s literally family. The addition of Filipe Albuquerque who is a world class driver and has a lot of experience driving for big manufacturers and winning of the biggest races in the world. I think we have a very strong line-up.”

Filipe Albuquerque joins Wayne Taylor Racing for the 2021 IMSA WeatherTech SportsCar Championship after a banner year as the 2020 European Le Mans Champion, LMP2 World Endurance Champion and winner of the 24 Hours of Le Mans. The veteran sportscar driver holds one overall and one class victory at the Rolex 24 at DAYTONA.

“I am really really happy with this new project,” commented Albuquerque with six victories and 19 podiums in IWSC. “Wayne Taylor Racing is one of the best teams at IMSA, they are always at the top at every event. My motivation couldn’t be higher. Regarding my teammates I think it’s hard to have picked better ones. I fought them in the past and now they are my teammates, it takes away a lot of pressure. WTR could not have chosen better. Between us all we have won everything: IMSA, Daytona, Le Mans, ELMS, WEC, Indy500.”

“It’s a great honor to not only drive for WTR next year, but also to continue to race the Acura DPi for the three endurance races,” said Alexander Rossi who has two podiums in his five IWSC races. “On top of that, to be able to stay united with Ricky and Helio will be a huge benefit to all as we make this transition. I look forward to working with Felipe for the first time and I am excited to get to work right away in January, and hopefully we can bring home a Daytona win for HPD.”

“To be part of the WTR super team with a great group of drivers is like we are continuing what we left off from last year,” said Helio Castroneves who hopes to add a Rolex 24 at DAYTONA victory to his acclaimed resume. “Working with Ricky Taylor, Alexander Rossi and Filipe Albuquerque is just a great way to start 2021! Looking forward to working and racing with this organization with eyes on the Rolex 24 win, something they know very well!”

The 2021 season begins January 22nd at Daytona International Speedway for the annual Roar Before the 24 test, with the Rolex 24 at DAYTONA immediately following on Saturday and Sunday, January 30th and 31st.