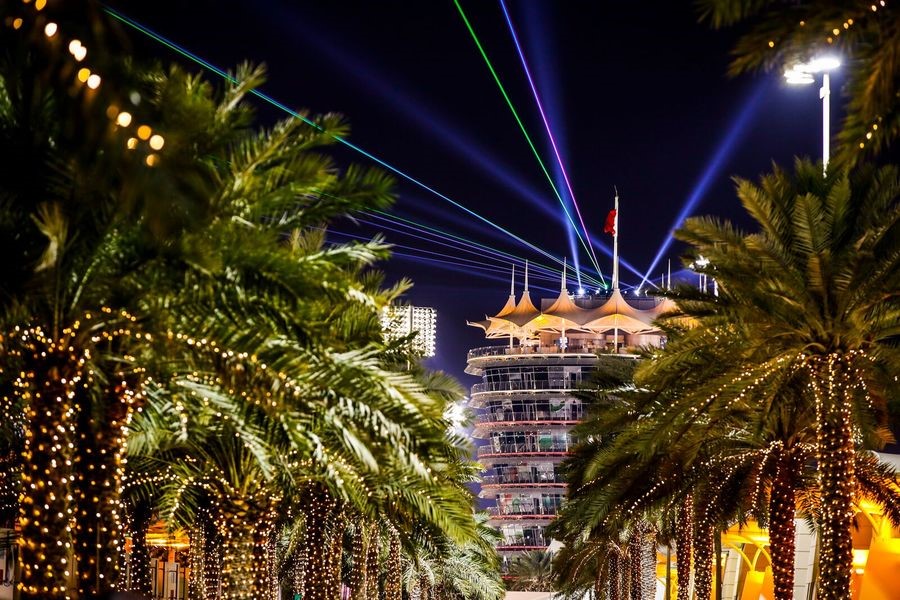 From one Hermann Tilke circuit to the next, the F1 teams heads to the Persian Gulf for the next two rounds of the 2020 FIA Formula One World Championship held in Bahrain. The first weekend will take place on the regular 5.412km Bahrain International Circuit layout, a track that usually provides great racing and overtaking, crowned by the tight, downhill, off-camber left at Turn 10 and the fast run through Turn 12.

The second Bahrain race the following weekend will be  breaking new ground with the short and fast “outer” circuit. This specific configuration is a real leap in the dark for the sport, even by the standards of a season that brought unusual tracks and experimental formats to the fore: the short layout, featuring a narrow ribbon of tarmac on the “upper” side of the circuit connecting the traditional sectors one and three, measures 3.543 km, just marginally longer than Monaco but a lot faster than its Principality counterpart. Modern Formula One cars are expected to run a lap in less than a minute, and with 20 competitors on track, things could get a bit crowded – especially in qualifying.

The track is almost an oval. There are just four corners, so it will be a game of slipstreaming, like a mini F1 version of the Indianapolis 500. Lap time is under one minute, so dealing with traffic won’t be easy. In qualifying, drivers will be towing their teammate round and then being towed themselves. There will be a lot of slipstreaming in the race, so it will be an interesting experience and a first time for everyone. It should be a spectacular race with a lot of overtaking and it will be interesting to see if it is almost too easy to overtake with the DRS.

One obvious difference is that the second race is a full night race, whereas the first one starts in daylight, so that impacts things like tire temperatures during the race.

After the recent run of races at unexpected tracks and in the cool conditions of the European autumn, we now return to more familiar territory in Bahrain. The weather and the track surface should be more predictable than at the previous event in Turkey, and it should be possible to work through more testing than was practical at Istanbul. That said, there could be some rain around over the weekend.

The first of the two races in Bahrain is on the familiar Grand Prix circuit with qualifying and the race both taking place in the early evening. The tire compounds are from the middle of Pirelli’s range and should be well suited to the cool evening conditions. As always in Bahrain, FP1 and FP3 are a little more challenging as they take place in the afternoon, meaning that FP2 is the most important test session of the weekend.

Roy Nissany will get behind the wheel of the Williams FW43 for FP1 on Friday, making his penultimate appearance of the season ahead of driving for the team in the post-season test in Abu Dhabi. He will drive in place of George Russell.

Alfa Romeo Racing ORLEN reserve driver, Robert Kubica, will return to the cockpit during Free Practice for this weekend’s Bahrain Grand Prix. The Pole, who already completed three FP1 sessions in Styria, Hungary and Britain this season, will resume his Friday duties at the Bahrain International Circuit and continue to work with the team in the engineering briefings and other technical meetings.

Five Things to Look Out for in Bahrain