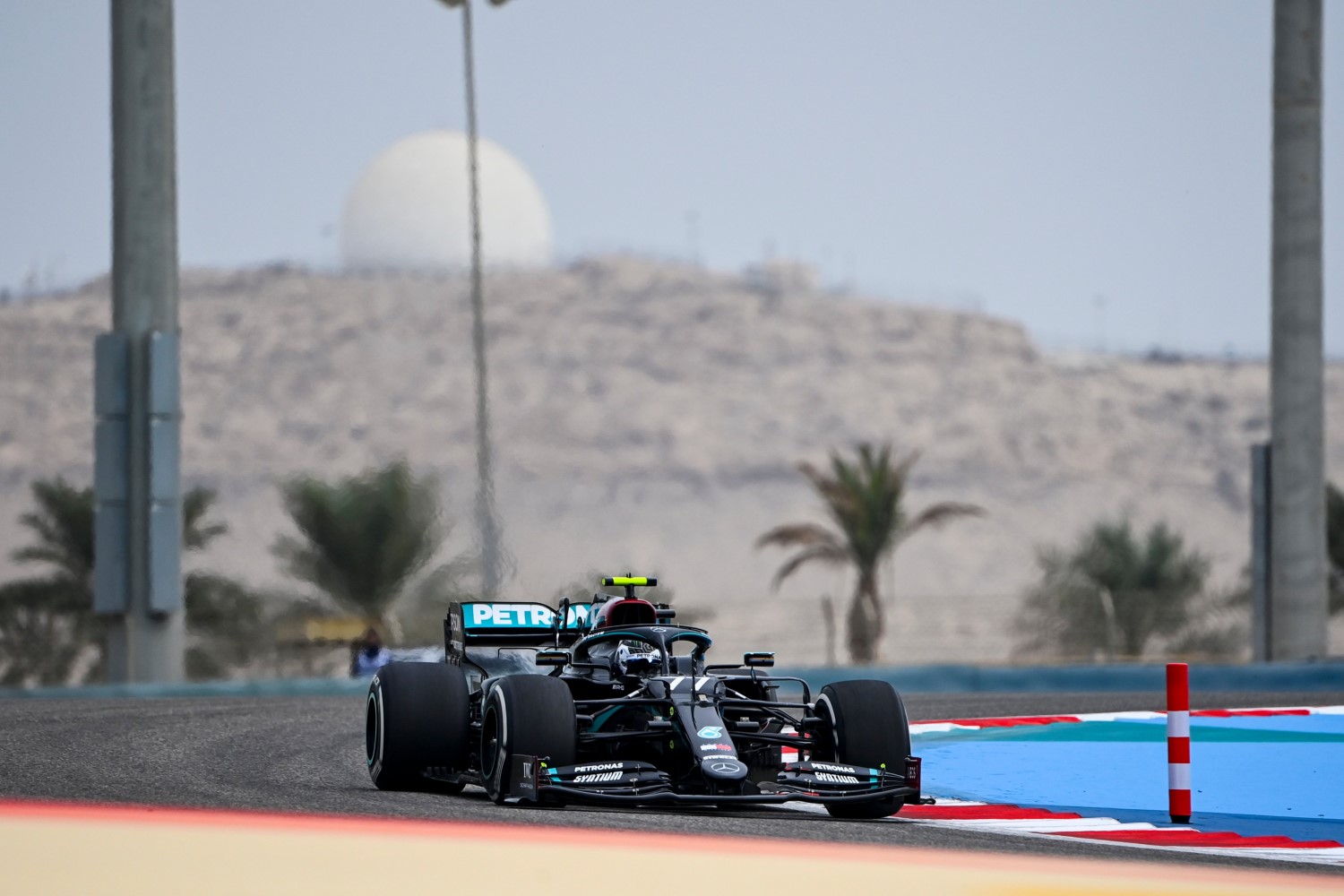 It was a Mercedes 1-2 in opening practice for the Bahrain GP, with Lewis Hamilton heading his teammate Valtteri Bottas by 0.449s, with Sergio Perez a solid third for Racing Point, but almost a full second back.

So confident were Hamilton and Bottas that he even completed nearly a full race distance in race trim – those two having managed 40 laps each, with the race on Sunday set to be 57.

Carlos Sainz Jr. was 4th for McLaren while Pierre Gasly rounded out the top-5 for AlphaTauri.

The Ferraris of Charles Leclerc and Sebastian Vettel were both 1.5s off the pace in 11th and 12th and out to lunch.

The F1 circus might have thought it had escaped the inclement weather when it left Europe and set sail for the sunny shores of Bahrain, but after a glorious Thursday in the paddock where shorts were the order of the day, Friday dawned overcast with a passing shower. Hopefully the rain holds off.