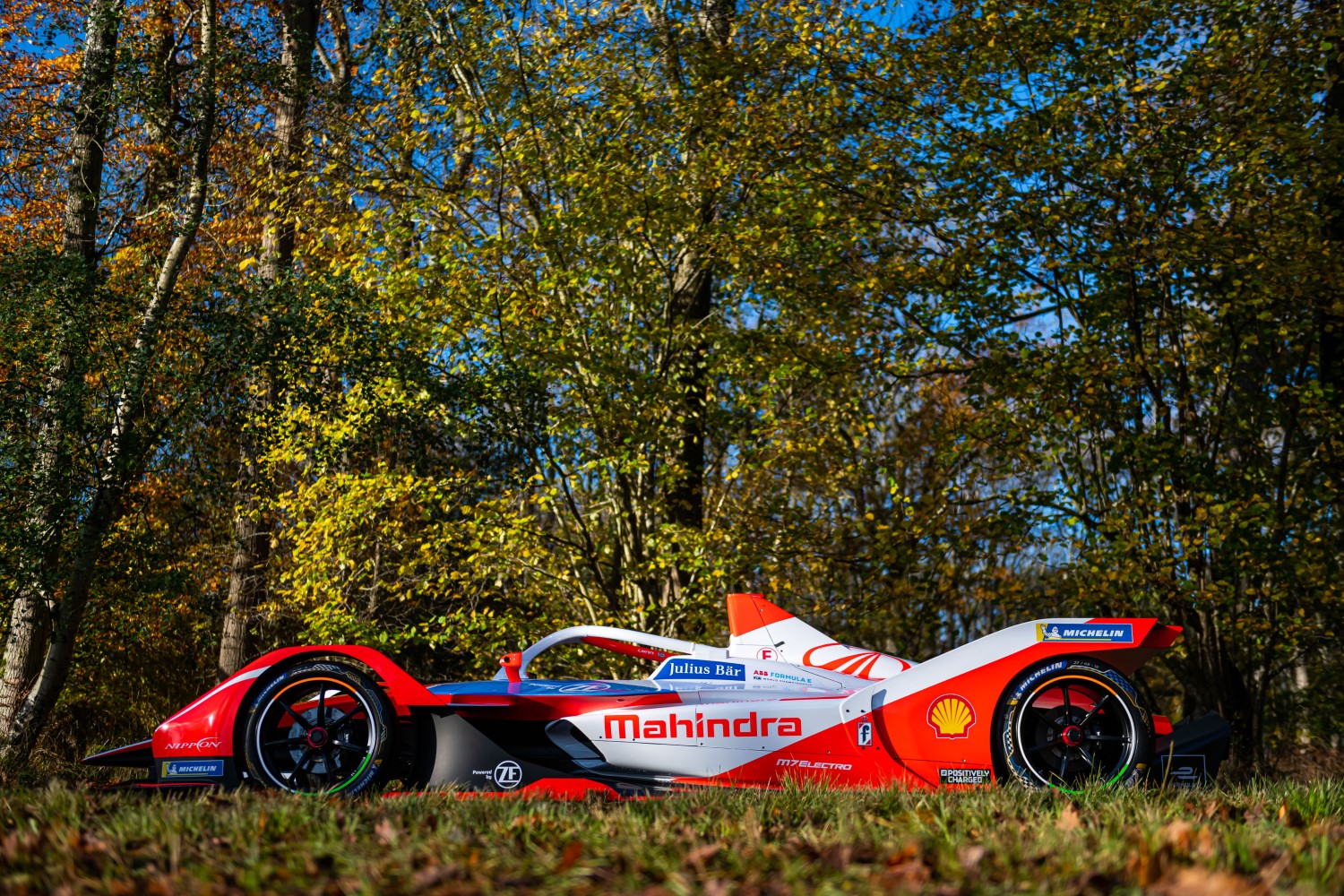 Mahindra Racing today announced its commitment to the Gen3 era of the ABB FIA Formula E World Championship, becoming the first automotive manufacturer and racing team to sign up for the generation that commences with the 2022/23 season.

As Formula E begins its first season as an FIA World Championship, Mahindra has reaffirmed its strong, long-term relationship by committing to the Formula E Gen3 era, starting in 2022. As a team that has so far claimed four E-Prix victories, 18 podiums, and 690 championship points, Mahindra Racing is one of the most consistent and respected outfits on the grid and it has now sealed its long-term future in the series.

Mahindra Racing is committed to pushing the limits of technology and innovation in the electric vehicle space and addressing the impact of climate change. The team recently became the first Formula E team to be awarded the FIA Environmental Accreditation Three-Star rating, demonstrating excellence in sustainability practices. The Mahindra Group aims to put half a million electric vehicles on Indian roads by 2025 and believes in Formula E’s ongoing role as an essential proving ground for future race-to-road electric vehicle and sustainable mobility technologies.

Gen3 marks a new era of performance and efficiency benefits including more powerful, lighter cars, faster charging and cost controls, all with the aim of increasing the intense and unpredictable racing Formula E has become known for.

The car will have a four-year cycle and several key components have already been confirmed by the FIA. After a tender process, Spark Racing Technology will continue to produce a spec chassis for all teams, including the front powertrain kit, Williams Advanced Engineering will create the battery system, which will allow for faster charging, and Hankook Tire and Technology will provide all-weather tires for the series.

The Gen3 Formula E car, which will come in from Season 9, is due to take another step up in power, while being nimble for street racing, all while keeping within agreed operating budgets. The power increase will go up to 350kW in qualifying and 300kW in the races (currently 250kW and 220kW respectively for Gen2), with maximum regenerative braking power between front and rear to 600kW, compared with current max rear regen of 250kW. These significant upgrades will help to deliver even more exciting and unpredictable racing.

The ABB FIA Formula E World Championship is currently testing in Valencia ahead of its Season 7 debut in Santiago, Chile in January with two races staged on 16 and 17 January 2021.

“Formula E represents the cutting edge of EV technology and plays a strategic role in realizing Mahindra’s vision of the Future of Mobility through our ‘Race to Road’ strategy. Our commitment to the Formula E Gen3 era attunes to our focus to play a strong role in the entire electric ecosystem, while we also aim to be among the most prominent manufacturers of EVs in India. We are confident that Mahindra Racing’s work on and off track with the Gen3 car will resonate and provide thrilling experiences to fans and consumers alike.”

“By committing early to Gen3, Mahindra Racing is continuing its journey, which it started by becoming the first OEM to sign up to the championship back in 2013. As the greenest team in motorsport, Formula E is the perfect home for us; a place where we can demonstrate our performance and sustainability credentials both on and off the track. Our future focus is on race winning performances that we can all be proud of and some exciting new projects in the engineering services space. In short, we’re here for the long run; we are not building something for today, we’re building something for tomorrow.”

“Ahead of another important technical milestone for the FIA Formula E World Championship, I salute Mahindra Racing as the first manufacturer to commit to the next era of the discipline. The Gen3 race car will indeed further establish the principles that have made the championship successful. It is positive to see a founding team continue with us on a shared mission to develop electric vehicle technology and promote sustainable mobility.”

“We see Mahindra Group as a key player in the future of mass-market electric vehicles. It’s a testament to the shared purpose of Formula E and its partners that we have one of our founding teams, Mahindra Racing, already committing to Gen3 in anticipation of the 2022/23 season. Gen3 brings with it an unparalleled opportunity for innovation from a sporting perspective on the track and technological advancement on our roads. We’re thrilled to have Mahindra Racing joining us on that journey.”

“It is an honor to announce our long-term partners Mahindra Racing as the first team and manufacturer to commit to the Gen3 era of Formula E. Our collaboration has only strengthened over the past 69 races together. With a competitive record of 4 E-Prix wins and 18 podiums, we are delighted to have India represented on our grid as a nation embracing the future of mobility and building on their incredible heritage in two and four-wheel motorsports.”