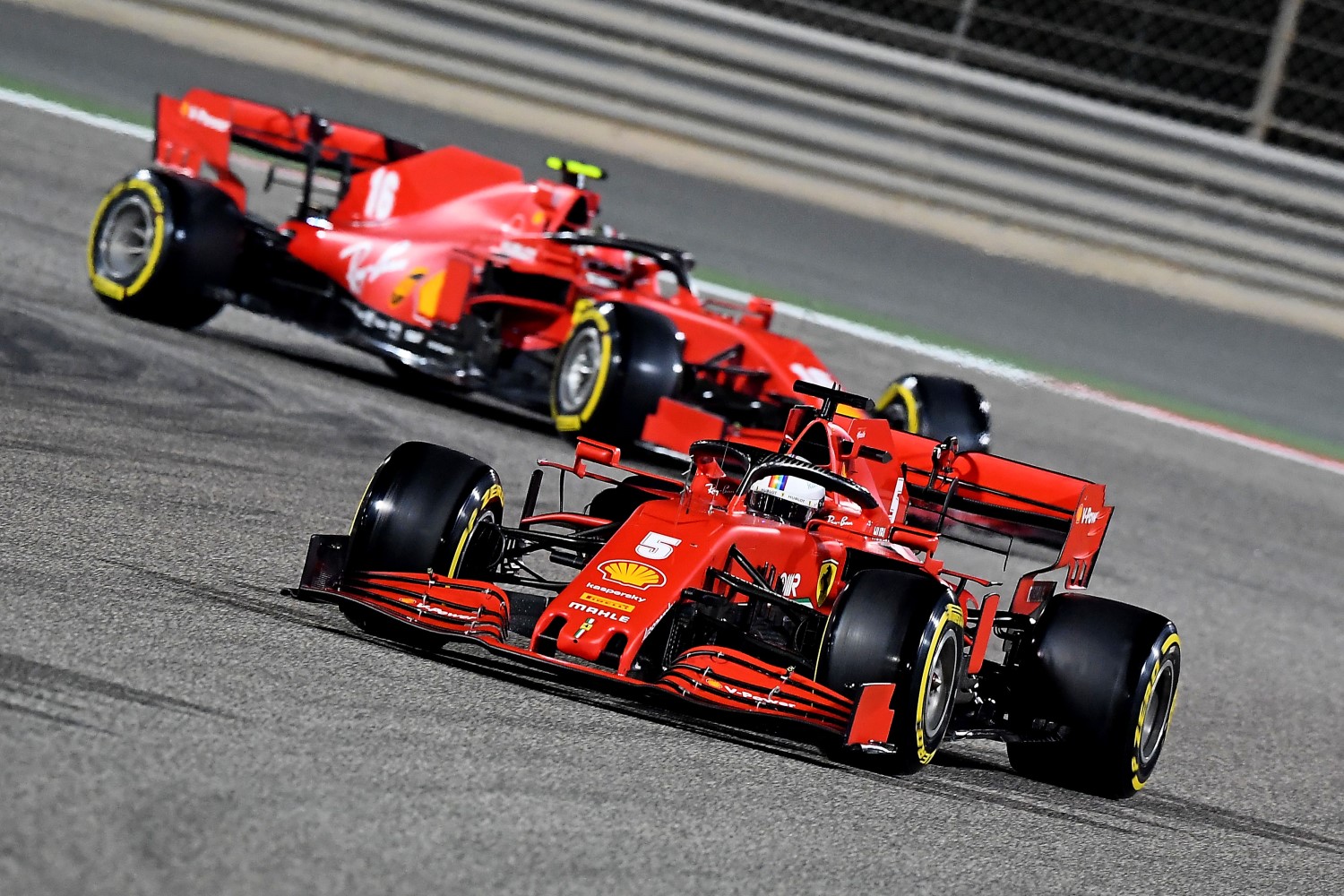 In Bahrain Vettel was P10 as the grid and had Leclerc directly behind him in P12 when the lights went out. The departing Ferrari driver was pretty tight to the apex of Turn 1 but an aggressive Leclerc squeezed his way past him.

The move left Vettel with little room to maneuver, and he backed out to avoid crashing both Ferraris out. As a result he lost 8 places in the race running order.

“Not again!” Vettel bemoaned on team radio. “You can’t just do that as if I wasn’t there.

“It is the same as Austria, seriously. I should have crashed, maybe it was the better option.”

Ngl I missed angry Sebastian Vettel, he’s not yet yelling in German level of angry but it was juicy nonetheless #BahrainGP https://t.co/o80VX6IZpt

Vettel was, of course, referring to the incident between himself and Leclerc at the Styrian Grand Prix where the latter went for another tight gap against his teammate and it resulted in a disastrous double DNF for Ferrari.

On that occasion, Leclerc apologized for his actions.

“The team doesn’t need that and I put all the hopes of the team in the bin. I’m very sorry, but it’s not enough, again.

He then issued a further apology on social media: “I am disappointed in myself. I’m sorry but being sorry is not enough.

“Sebastian hasn’t got any faults today. I’ve let the team down after them working a whole week to bring the updates early. Too eager to gain those places in the first lap. I will learn from it.”