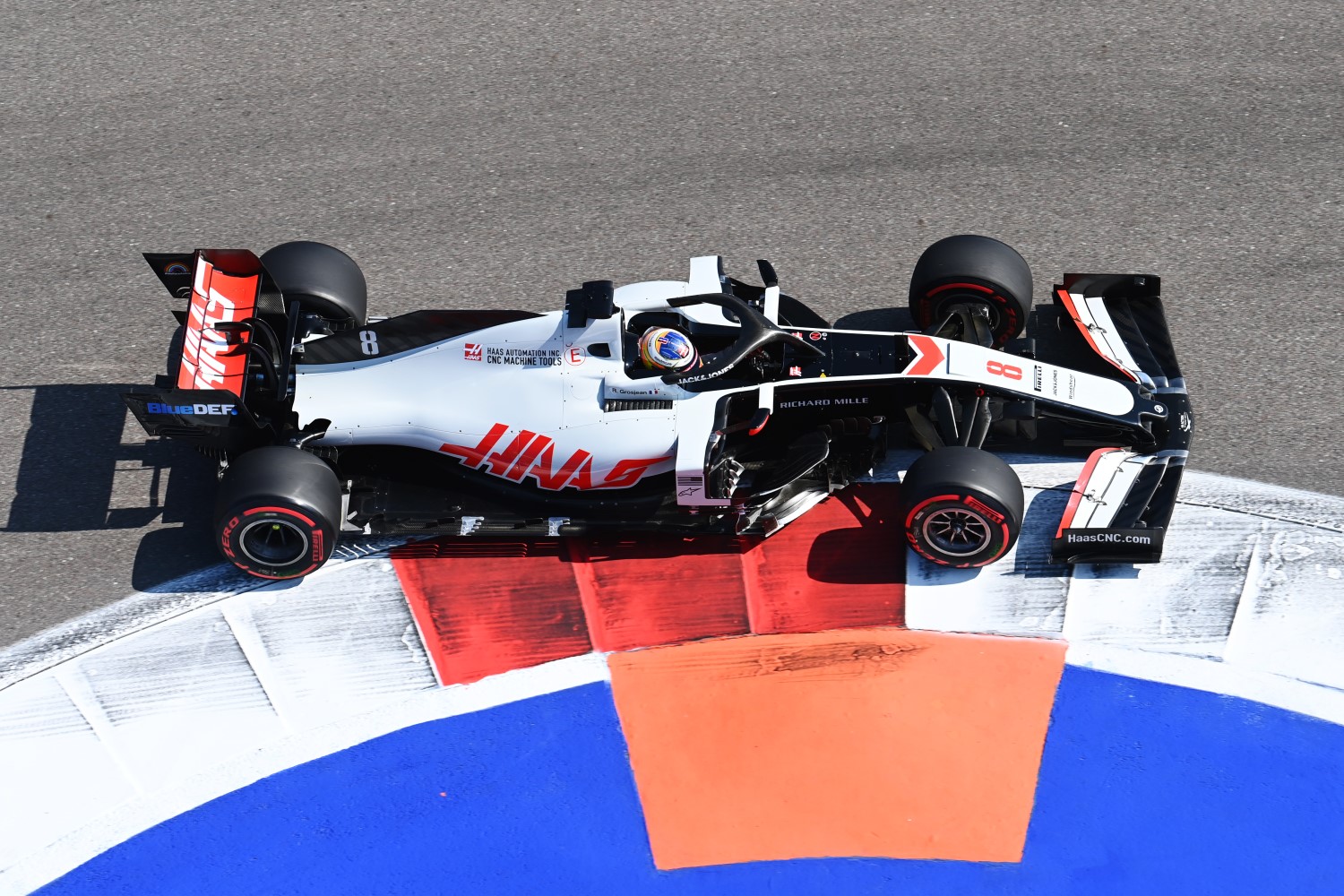 Romain Grosjean says he will never drive a racing car that doesn’t have a halo, and admits he is now a bit more reluctant about a move to IndyCar for this very reason.

“When you go through what I went through on Sunday, it’s not involvement that you have, it’s a duty to help,” he said. “So I’ve already spoken with FIA president Jean Todt at the hospital. He told me: ‘You remember when you say that it was a sad day for Formula 1 when we introduced the Halo?’

“I said, ‘yes, sure. I remember, and it’s only stupid people that don’t change their mind.’ The halo is the best thing. I wouldn’t race any car without a halo.”

“Obviously we were talking about IndyCar at one point, but I’m having the thought now that to add the risk of ovals, where you can have big shunts, and having my family far away and seeing on TV, it’s hard. And I don’t know if I could make it.

“But I’ve decided not to take any decision for now, until I maybe get either to race in Abu Dhabi or get some more time. Last week the priority was to sign a contract and find a way to go racing in 2021.

“The priority now is a bit different and, if I don’t race in 2021, I’ll be cycling, kite surfing, spending time with my kids, enjoying life and having time off which I didn’t have since I was 17.”

(GMM) Romain Grosjean on Sunday miraculously survived one of the scariest crashes in Formula 1 history.

The world of F1 held its collective breath when the French driver’s car penetrated the armco barriers, split in two, and burst into an inferno at the start of Sunday’s Bahrain GP.

Grosjean spent the night in hospital with burns to his hands and ankles, with early reports of potentially broken ribs and toes now ruled out by x-rays.

“I’m ok. Well, sort of ok,” he said in a video posted from hospital, in which he showed his totally bandaged hands and fingers, damaged by second degree burns.

Grosjean’s teammate Kevin Magnussen told TV3: “I had such a bad feeling in my stomach. It didn’t look like something that could possibly be survived.

“It doesn’t get much worse than that,” he added.

“Halo absolutely saved his life,” Magnussen continued. “Without it, he wouldn’t have had a chance on earth. I had my attitude to it (halo) in the beginning, but now I’m glad we have it.”

Their boss, Gunther Steiner, commented: “We were lucky today. A guardian angel was watching us.”

FIA doctor Ian Roberts, who is being hailed as a ‘hero’ of the day after helping Grosjean escape from the blaze, said Sunday was the best possible evidence that F1’s safety advances of the past decades have worked.

“Had we not had just one of those features, this accident could have turned out very differently,” he said, confirming that Grosjean’s helmet visor was “melted” in the fire.

Roberts also said he told Grosjean to immediately sit down “as he was shaking a lot”.

Red Bull boss Christian Horner hailed the FIA for pushing ahead with the safety advances amid often very convincing arguments that it was going too far.

“Hats off to the FIA for holding the line and not buckling,” he said. “This accident will be on the front pages and demonstrate that a Formula 1 driver can get himself out of a car after an incident like that.”