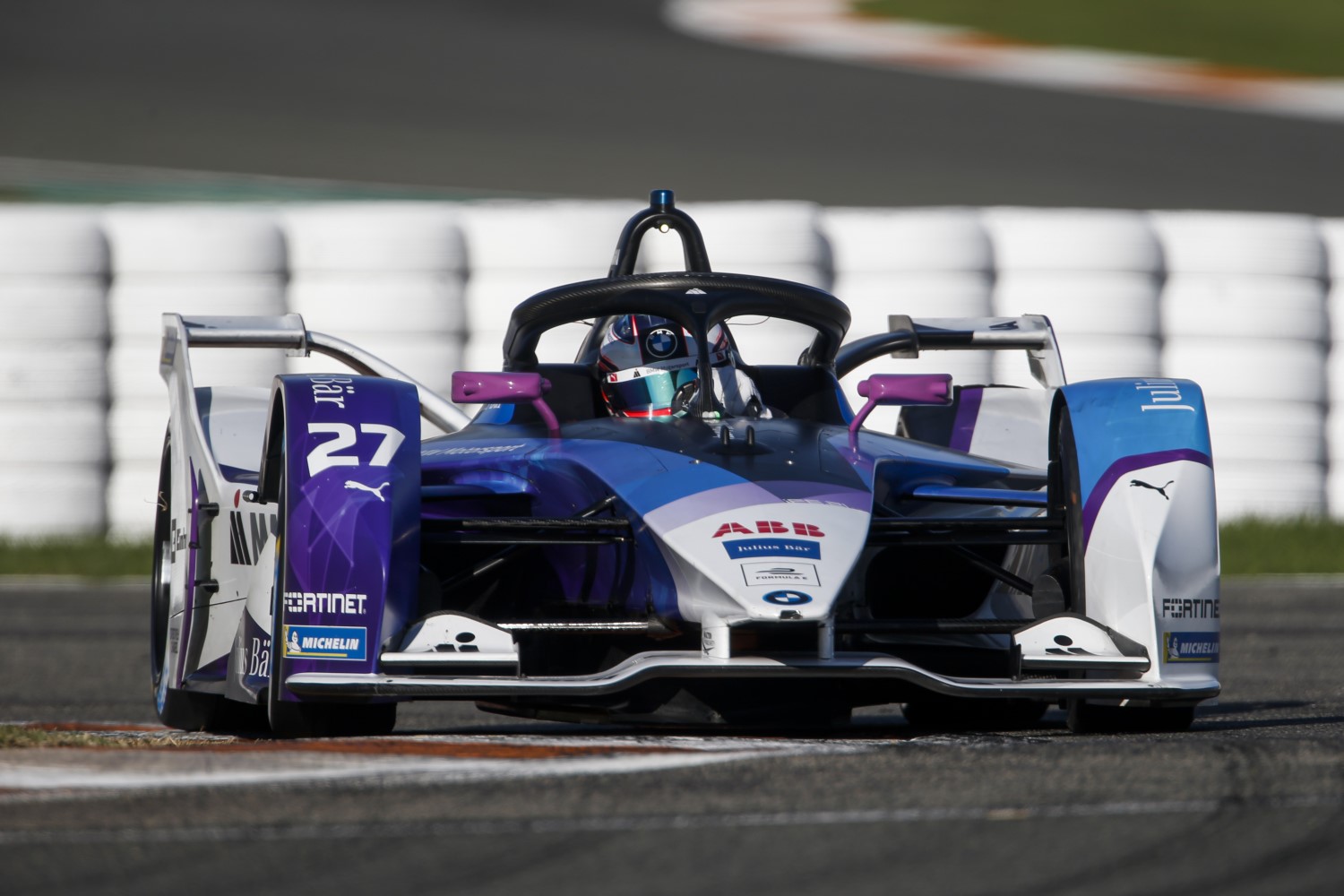 BMW Andretti driver Maximilian Guenther set the fastest time of the official 2020-21 pre-season Formula E test to lead the way in Valencia on the final day of action.

Guenther top lap of 1m11.760s  in the new BMW iFE.21 to lead Sergio Sette Camara by just 0.036s. Guenther’s time was 0.2s quicker than Alex Lynn’s Sunday effort which was the previous benchmark.

A brief stoppage at around the half-way point of the six-hour session was caused by a spin for Sette Camara in Sector 3. Aside from that, it was heads down from the drivers as they steered through their testing programs and 1,828 laps between them during a marathon six-hour stretch.

Audi Sport ABT Schaeffler’s new full-time signing Rene Rast chewed through more laps than anybody else, racking up 98 tours and 392 kilometers alone as he sought to familiarize himself with the e-tron FE07.

The only real quiet spells arrived during the half-hour interludes required to recharge the cars to their maximum usable energy capacity.

Rowland, Evans and Nyck de Vries (Mercedes-Benz EQ), to name a few, were all subject to 15-minute stop and go time penalties for exceeding track limits, as drivers rung out every last hundredth of a second from their cars and every inch of the race track in what was an ultra-close session.

All 24 runners lapped within just 0.761 seconds of one-another, and every driver except Lucas di Grassi (Audi Sport ABT Schaeffler) was, incredibly, covered by little over half-a-second.

Preparations and development will continue for teams, with drivers taking part in private test sessions and plenty of work in the simulator prior to Round 1 of the 2020/21 ABB FIA Formula E World Championship; the season-opening double-header from Santiago, Chile on 16-17 January. 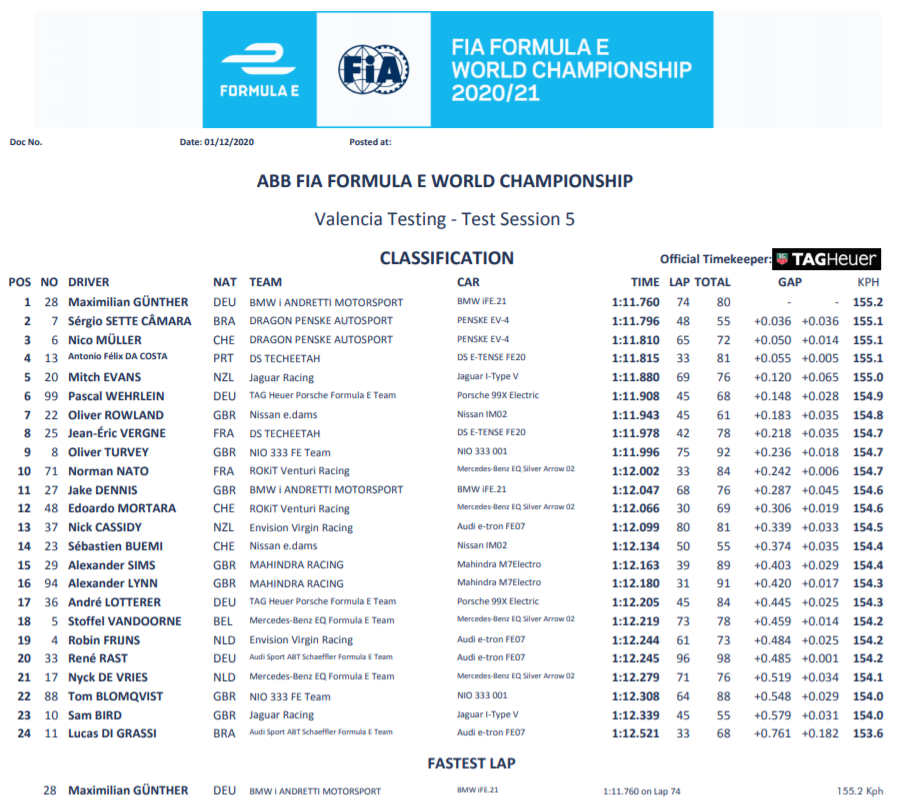