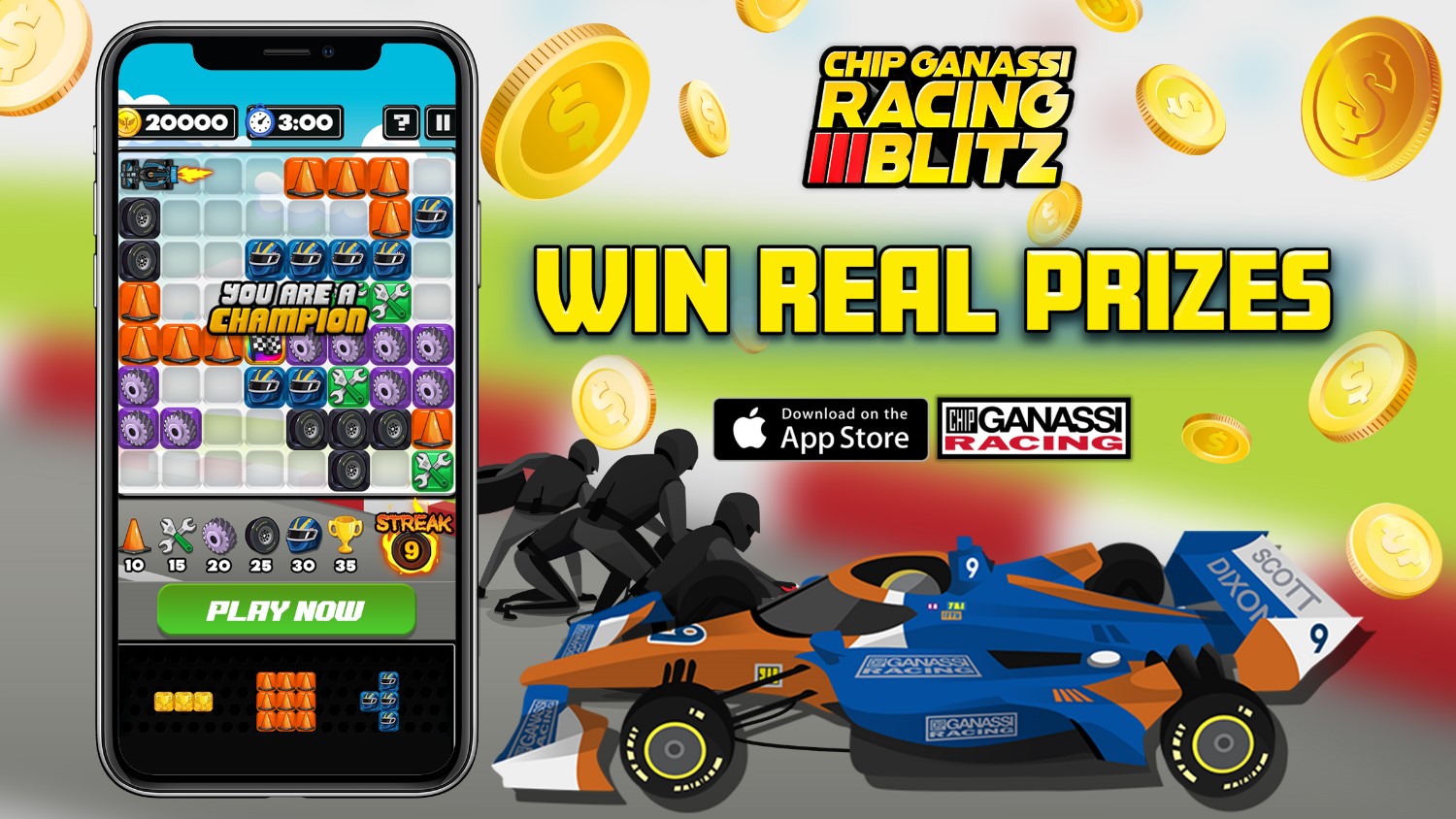 The game can be downloaded in the Apple app store and for Android devices HERE:

“Partnering with Skillz is an amazing opportunity to engage our fans with immersive digital experiences and share our passion for racing with a new generation of audiences both on and off the track,” said John Olguin, Senior Vice President of CGR.

CGR currently owns eight teams across four professional racing series, including a 13-time Champion INDYCAR team and 44 NASCAR wins. With over 225 total race victories and 20 championships, CGR is one of the most successful racing organizations in the world, drawing over 200 million annual viewers on networks like FOX and NBC.

This unique esports experience with Skillz connects racing fans through interactive digital entertainment. Chip Ganassi Racing Blitz brings together special in-game events, live promotions, and exclusive brand-sponsored prizes such as meeting a CGR driver, signed merchandise, and authentic car parts from past races – all of which are only accessible through Chip Ganassi Racing Blitz.

Featuring CGR-branded tournaments and the team’s championship-winning drivers, the game brings the sights and sounds of the track to mobile. The partnership also serves to inform CGR fans and players of upcoming digital and physical events, driving awareness and brand engagement. Additionally, Chip Ganassi Racing Blitz features branded events with CGR sponsors, creating new and innovative sources of value for the sponsors and the race team.

s one of the most popular sports in North America, and with Chip Ganassi Racing we are enabling the millions of racing fans to experience the thrill of the track in their own hands,” said Andrew Paradise, CEO and founder of Skillz. “Not only are fans now able to engage in fair, fun, and meaningful competition on their mobile devices, they can also win prizes sponsored by CGR, such as branded memorabilia and meet-and-greets with drivers.”

Through its industry-leading platform, Skillz has pioneered the casual esports space and is now bringing that groundbreaking technology to brands so they can more deeply engage with their fans. Fostering this social connection and healthy competition from anywhere is more relevant than ever before for both brands and consumers – especially as the pandemic has made it harder for people to connect in-person.

Skillz has previously leveraged its esports platform to work with leading brands and athletes such as T-Mobile, Bowlero, Marshawn Lynch, and Steve Young and Jerry Rice’s Forever Young Foundation. Together, Skillz and its partners are extending physical brand experiences into digital mobile games.

Skillz is the leading mobile games platform that connects players in fair, fun, and meaningful competition. The Skillz platform helps developers build multi-million dollar franchises by enabling social competition in their games. Leveraging its patented technology, Skillz hosts billions of casual esports tournaments for millions of mobile players worldwide and distributes millions in prizes each month. Skillz has earned recognition as one of Fast Company’s Most Innovative Companies, CNBC’s Disruptor 50, Forbes’ Next Billion-Dollar Startups, and the #1 fastest-growing company in America on the Inc. 5000. www.skillz.com