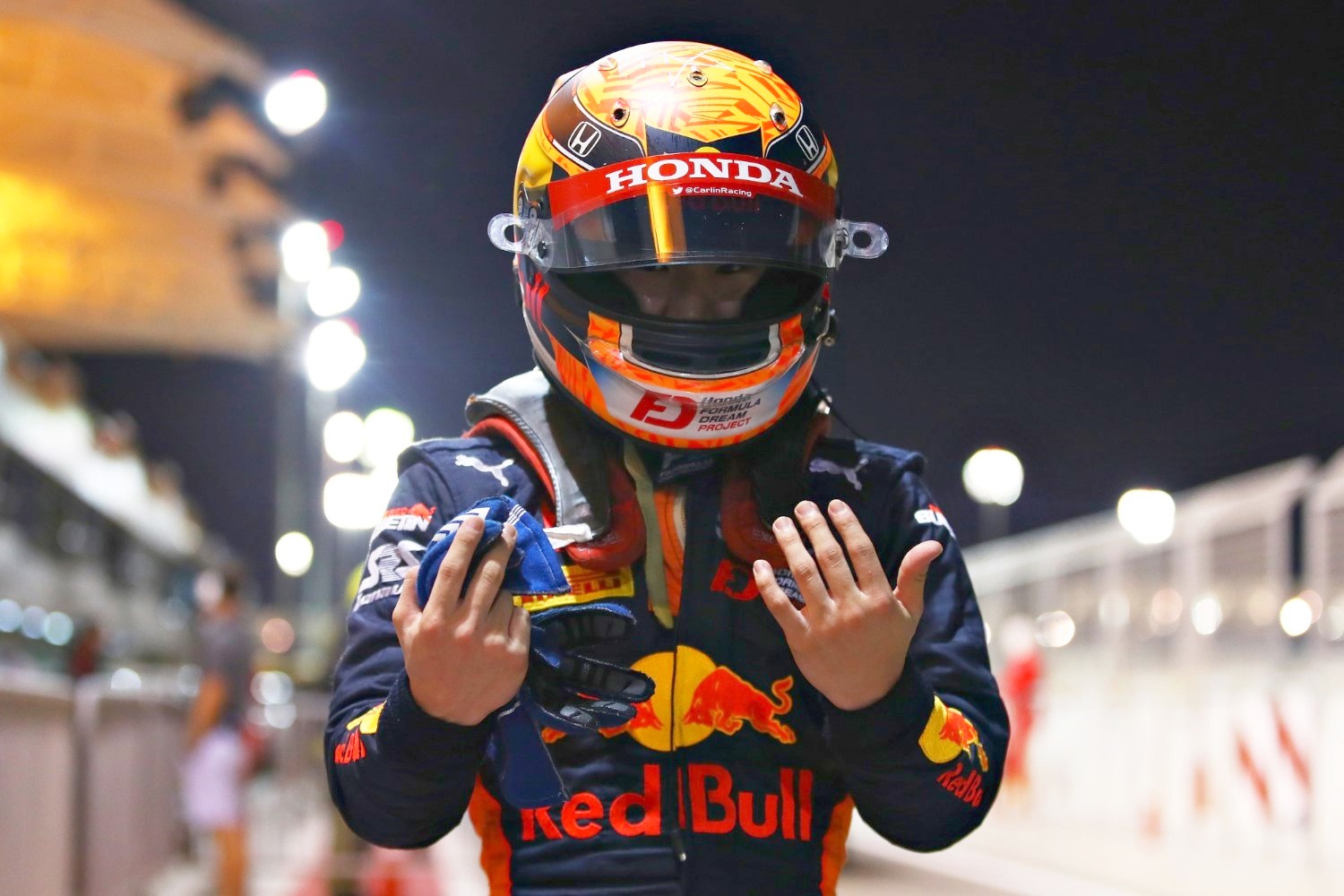 Yuki Tsunoda nabbed his fourth pole position in Formula 2, beating out Nikita Mazepin by a tenth of a second to keep his slim title chances alive heading into the final two races of the season. Tsunoda’s teammate Jehan Daruvala took third, with almost all of the top ten setting their best times early on.

Mick Schumacher’s chances of winning the title on Saturday took a battering, as the German racer collided with Roy Nissany at the end of the session, meaning that he will start from outside of the top ten for just the second time this season, all the way back in 18th. Things didn’t go much better for his main rival, Callum Ilott. The UNI-Virtuosi racer could only manage ninth, his second worst performance this year.

20 of the 22 cars were straight onto the Sakhir tarmac for Qualifying under the lights, with no one really knowing what to expect on the shortest lap on the 2020 F2 calendar. Christian Lundgaard leapt to P1 on the first set of flying laps, setting the standard at 1:03.798, before Tsunoda dived into second, with Mazepin third.

The Hitech Grand Prix man found more time on his next tour and stole provisional pole from the ART racer by breaking the 1m 3s barrier. Tsunoda, Daruvala and Felipe Drugovich all managed the same feat to go second, third and fourth.

PREMA had opted against sending their duo out straight away, but finally let them loose after the first set of flying laps, though neither of them was able to crack the top ten with their initial efforts.

Tsunoda had gone fastest in Free Practice and was impressing in the second session of the weekend as well. The Carlin driver needed the four points from pole to stand any chance of winning the Championship and managed to nick first from Mazepin by a tenth of a second.

The field dove into the pits for a fresh set of boots and returned in unison. Shwarztman enjoyed a much better time of things second time around, leaping to fourth, before a number of flying laps were spoiled as Luca Ghiotto spun off and came to a halt on the gravel trap, causing a red flag.

Action resumed with just four minutes on the clock and very little time to warm up the tires, with two laps of the Bahrain outer track needed to truly get them up to temperature. Traffic also played a huge role, with all 22 cars attempting a push lap at the exact same time. This caused chaos as Schumacher attempted to weave his way through the pack to find the racing line.

It all ended in disaster as the German collided with the side of Nissany, which sent them both spinning and resulted in Nissany running over the back of Schumacher’s rear wing. Qualifying was red flagged and both drivers were out of the cars, with Schumacher down in 18th. Only a minute was left on the clock and the decision was taken not to restart, confirming Tsunoda on pole.

Mazepin followed up the announcement of his promotion into Formula 1 at HAAS with his joint-best starting position in F2, qualifying second. Tsunoda’s teammate Daruvala took third ahead of Shwarztman and Drugovich.

Lundgaard was sixth ahead of Artem Markelov, who scored his best qualifying position of the year. Dan Ticktum sealed eighth, ahead of Ilott and Louis Deletraz.

Schumacher will need one of his trademark strong starts if he is to clinch the title on Saturday, while Ilott will fancy his chances of slashing the PREMA driver’s advantage at the top of the standings. At the front, Tsunoda and Mazepin will be battling toe-to-toe to add to their tally of wins when the Feature Race begins at 3.10pm (local time).