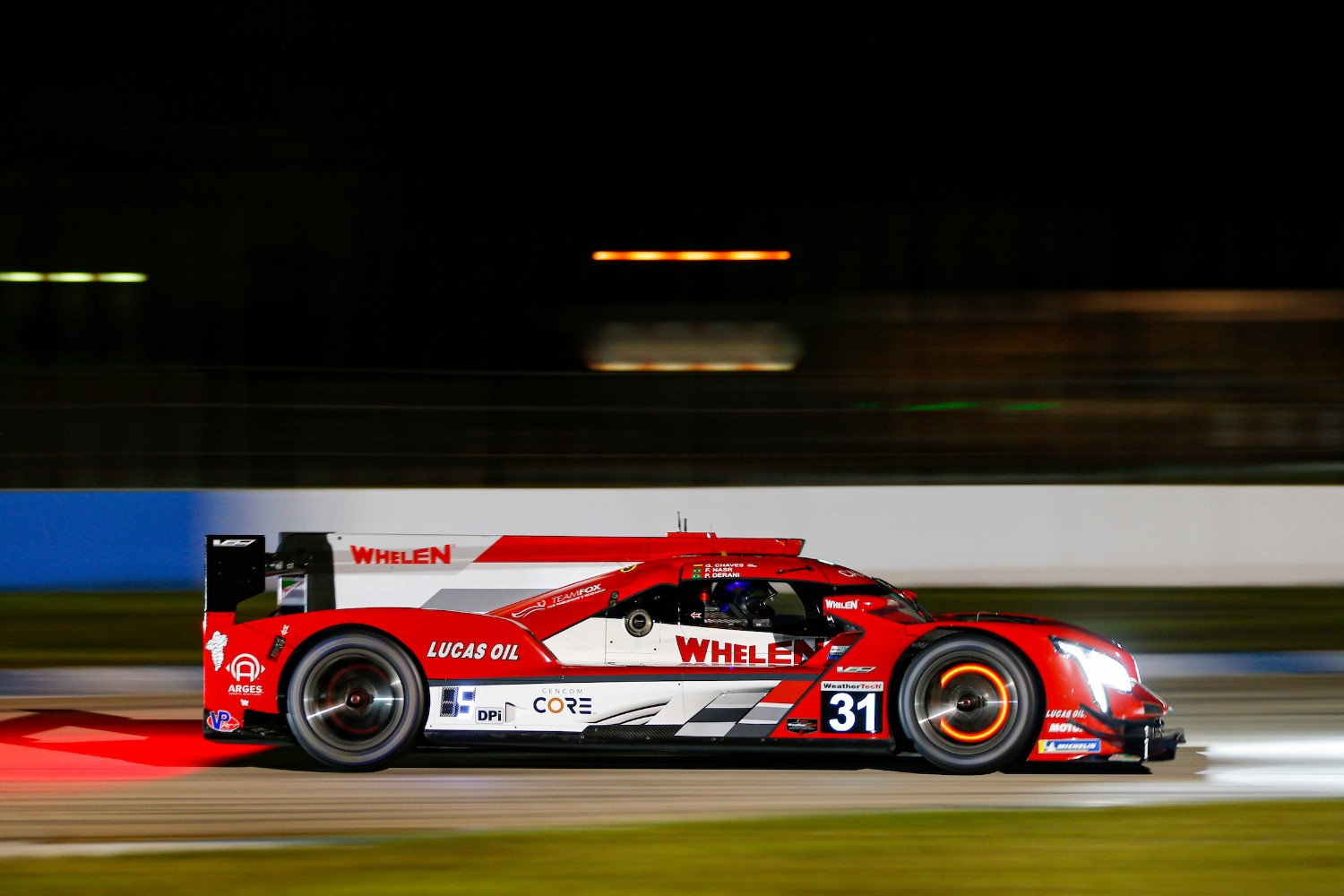 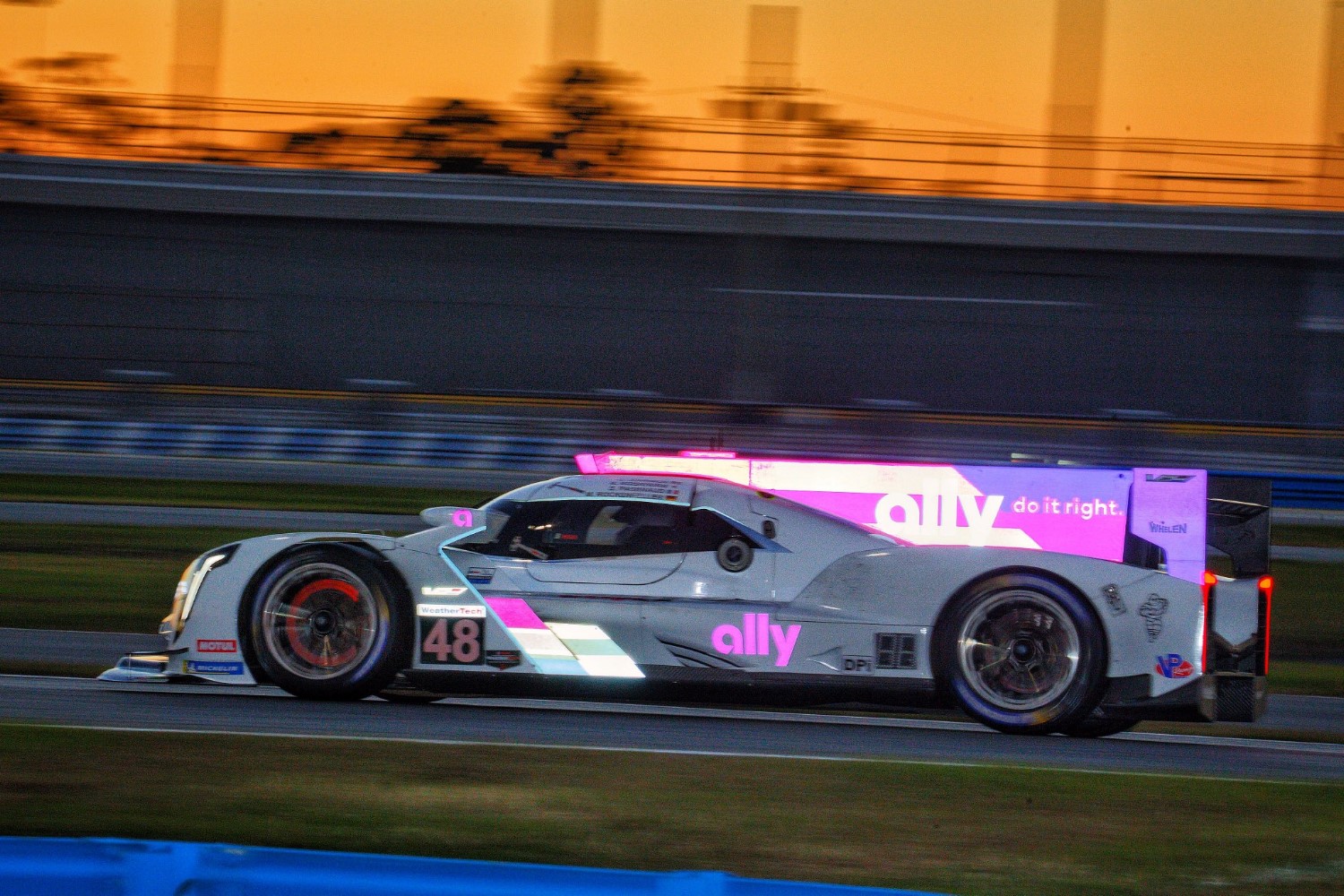 Seven-time NASCAR champion Johnson will make his eighth start in the Rolex 24 Hour. Pagenaud will make his seventh start, while Kobayashi looks to capture his third overall win in the Cadillac DPi-V.R next month. Rockenfeller, a Le Mans, Rolex 24, Sebring, and Spa 24 winner, brings his experience with the AXR team to anchor the driver line-up.

The No. 48 Ally Cadillac DPi-V.R is AXR’s second entry in the twice around the clock classic, as the team looks to add a fourth Rolex 24 victory to its resume.

“We’ve been talking to Jimmie about running with us for many months,” said Gary Nelson, Action Express Racing team manager. “It all came together in November with the support of Hendrick Motorsports and their tremendous partner, Ally. Jimmie has a lot of experience at Daytona, not only on the oval, but turning into the infield as well. Simon brings a lot of endurance experience and Kamui adds a wealth of car set-up knowledge and speed to the car. We won the Rolex 24 with Mike in 2010, so he is familiar with how we operate. I would like to thank fellow IMSA competitor Paul Miller for sharing the 48 number. We’re looking at having a great 10-days in Daytona starting with the Roar Before the 24.”

“The Rolex 24 at Daytona is one of the marquee races in the world”, Johnson said. “It’s such a challenging event for both team and driver and requires such a high level of concentration throughout. It’s just such a fun and unique race to compete in. This will be the first time I’ve raced with Action Express and have been very impressed with the team and its preparation. I’m also excited to have Ally on board and to be co-driving with Simon, Kamui, and Mike who are three world class drivers with experience in this race and the DPi Class. I’ve finished second in this event , so I’m looking forward to trying to get on the top step in 2021.”

“We can’t wait to see Jimmie and his teammates run the Daytona road course in the No. 48 Cadillac DPi-V.R,”’ said Andrea Brimmer, chief marketing and public relations officer, Ally. “We are happy to continue supporting him as he tries to conquer another legendary race at this legendary track.”

“The Daytona 24 hour is a classic endurance race,” Pagenaud said. “I love taking part in this race! It’s exciting to get to start the year in Daytona as it gets me ready for the season. Teaming up with Jimmie is an honor. He is a NASCAR legend. I’ve always looked up to him. His new adventures in racing are going to be great to watch. Kamui is a sportscar expert and has won Daytona two times. His experience and speed should be a great addition to our line-up. Mike has raced and won all of the big endurance races and is ultra-quick.

“I look forward to stepping in the Ally Cadillac DPi-V.R. It’s a proven winning machine. I am ready to discover the strength of this race car with Action Express. They are a tremendous race team and I look forward to bringing my ‘A’ game to the Daytona 24 hour and contend for the win!”

“I think we have a big chance to win,” Kobayashi said. “You have to stay on the lead lap and then the last couple of hours be ready to fight for the victory. I am confident with the Cadillac DPi-V.R, it is with a different team this year for me, but the same great car. Jimmie is a NASCAR legend. I am looking forward to racing with him. Simon has a lot of experience in the U.S. and he has endurance experience along with all of his IndyCar success. Mike has a lot of time in fast technical cars like LMP1 and DTM.”

Rockenfeller has raced and won with AXR and brings a wealth of endurance experience from his time in LMP1 and DTM. 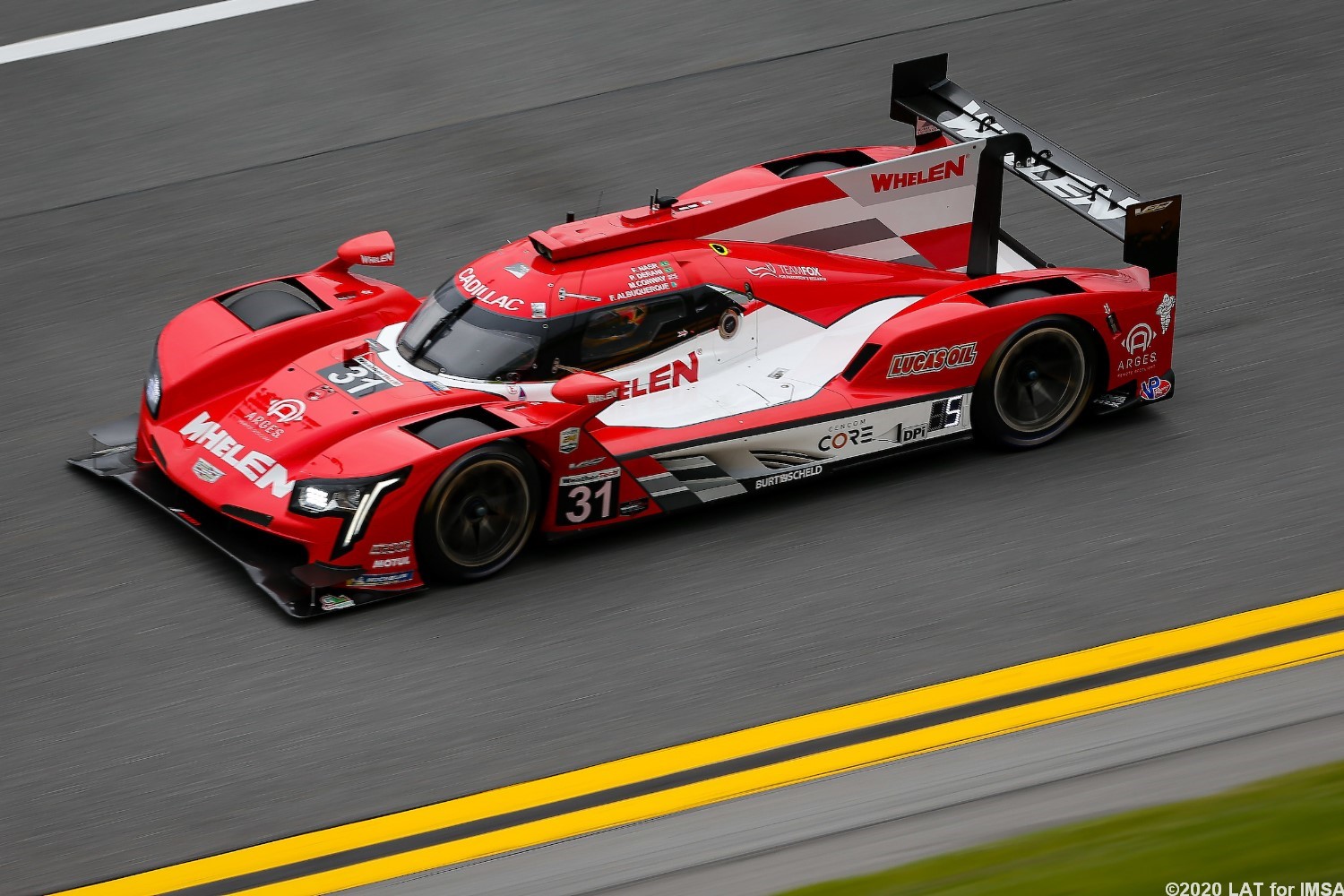 “Super excited to be back racing in Daytona in the top category and in the AXR Cadillac DPi-V.R,” Rockenfeller said. “It is the most successful car in IMSA and at Daytona. It is where I wanted to be again after racing in the GT category for a few years. I am looking forward to my first laps in the Cadillac. I don’t think it is that far from the LMP1 and the DTM cars I am used to driving. To be with Jimmie, Simon and Kamui is awesome. If you look at all of the titles and championships they have won it is very cool. It is great to be a part of such a strong team of drivers. There are so many elements that need to come together to win a 24-hour race. On paper we have all of the things to be successful.

“It will be nice to comeback to AXR with Ian Watt, Gary Nelson and Bob Johnson who are still with the team. It has been quite some time since I was in their car in 2010. I hope we will be fighting again for the watch at the end again this year.”

The team will take to the Daytona International Speedway road course next week, Dec. 8-9, to give the drivers a chance to turn some laps in the No. 48 Ally Cadillac DPi-V.R.

The 2021 IMSA WeatherTech SportsCar Championship season will kick-off with the traditional Roar Before the 24 at Daytona International Speedway Jan. 22-24 with the race weekend taking place Jan. 29-31.