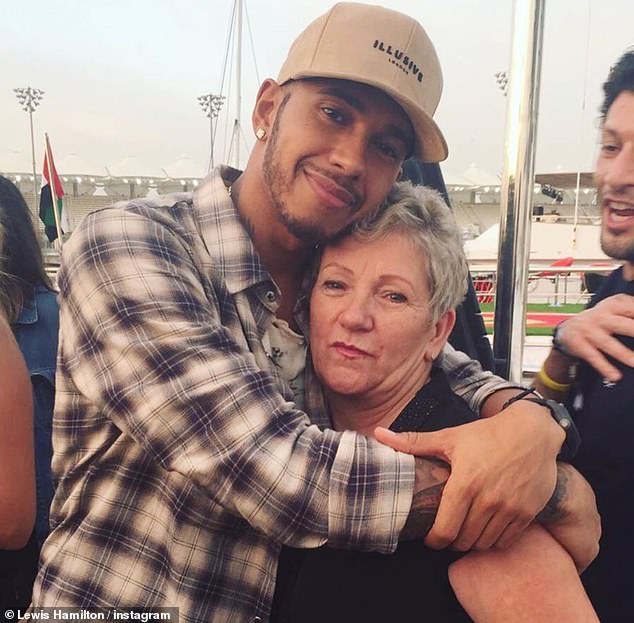 (GMM) Toto Wolff says Mercedes’ star driver is “on the right track” for returning to the cockpit this weekend in Abu Dhabi.

Seven time world champion Lewis Hamilton (shown above with his mother) broke his silence on Tuesday after sitting out last weekend’s second race in Bahrain with covid-19.

“I know I’ve not been in touch much this week but it’s definitely been one of the hardest weeks that I’ve had for some time,” he said.

“I’ve just been focusing on recovering and trying to get back in shape so I can get back in the car and race the final race in Abu Dhabi. I woke up today feeling great and I got my first workout in.”

“It’s pretty ugly what happened there,” he told Sky Deutschland. “And then when you’re not at home, but lying in a hotel room, that’s of course even more uncomfortable.”

Wolff also suggested that watching George Russell impress the F1 world with his near-win at the wheel of Hamilton’s car would also have been difficult for the Briton.

“If there is this upcoming young driver sitting in your car – the one you just won the world championship in – then of course these are all factors that do not contribute to Lewis jumping around the hotel cheering,” he said.

However, Wolff said it is possible that Hamilton will return to his car for this weekend’s 2020 finale.

“I think he’s on the right track. If the doctor’s prognosis is correct, he could manage to deliver a negative test on Thursday or Friday,” he revealed.