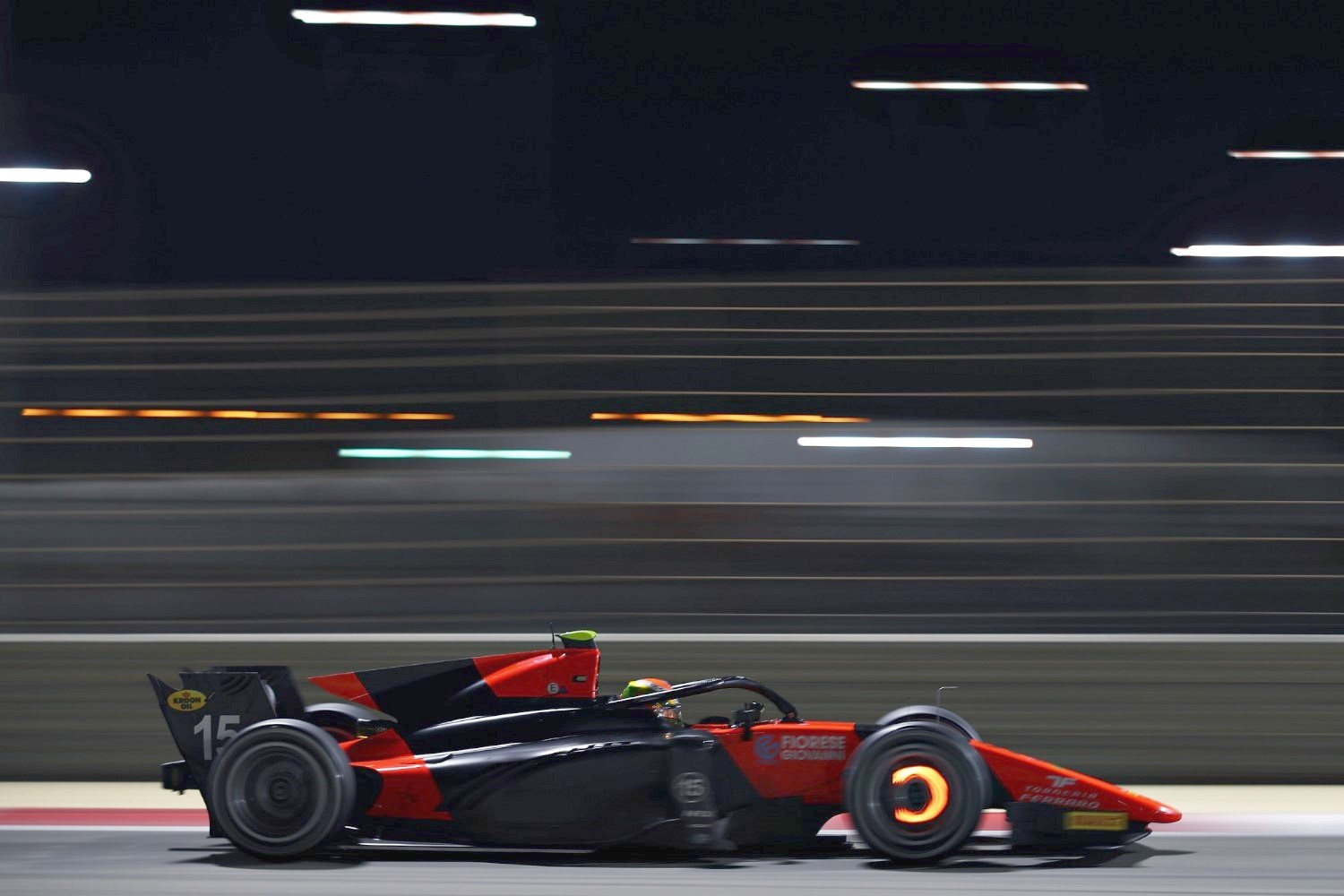 Louis Deletraz topped the third and final day of post-season testing in Sakhir, recording a time of 1:41.872 in the morning session, before switching his attention to longer runs in the afternoon.

The field focused their attention on getting plenty of laps under their belts on the final morning of post-season testing, though there were some competitive times set. Deletraz led for almost the entire session, setting the benchmark at 1:41.827 in the opening stages.

Ralph Boschung was second for a while, six tenths off, but had dropped down to seventh by the end of the morning after his car came to a halt on the main straight and forced him out of the session. Bent Viscaal was another to stop on the main straight, which also ended his day early.

Having dominated the first two days, Daruvala put his name back towards the top of the timesheets in the final 90 minutes, getting up to P2, 0.178s off the pace. The Indian two tenths faster than his teammate, Dan Ticktum, in fourth.

Samaia returned from the break and built on a positive morning’s worked, setting the fastest lap inside of the opening hour. Testing with Charouz, the Brazilian’s tour of 1:43.612 beat off competition from David Beckmann and Roberto Merhi. The trio would finish the session in sixth, eighth and ninth.

Logan Sargeant had put in an impressive 35 laps with Campos before Theo Pourchaire stopped on track and brought out a brief red flag. The American got straight back out there afterwards and finished the afternoon on 53.

Roy Nissany got stuck into some fast laps and punched in a time quick enough for second, less than a tenth off Samaia. The DAMS’ racer ended up dropping down to seventh. Nissany’s teammate, Marcus Armstrong, then chucked on a fresh pair of boots and broke the1m 43s barrier.

Felipe Drugovich and Oscar Piastri joined the Kiwi in swapping for a fresh set, going first and second in the final half an hour. The UNI-Virtuosi racer had spent most of the afternoon in the garage but returned to the track with a lap of 1:42.435.

Robert Shwartzman popped up in fourth in the final half an hour, with Clement Novalak taking P5 in the second Virtuosi. Matteo Nannini completed the top ten with HWA RACELAB.