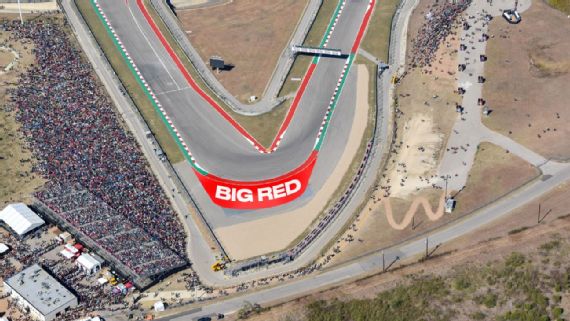 The Circuit of the Americas (COTA) has named the Corner 1 of its track ‘Big Red’ honoring the circuit’s co-founder Red McCombs.

The Texas-based businessman was the circuit’s largest investor when construction got underway in 2010 ahead of COTA’s first Formula One race in 2012.

A naming ceremony took place at the circuit on Thursday, with the unveiling of the words ‘Big Red’ painted large in the run-off area.

Previously Turn 18 at the Circuit was renamed “Hayden Hill” in honor of the late  American MotoGP champion Nicky Hayden who was hit by a car and killed while biking in Italy.