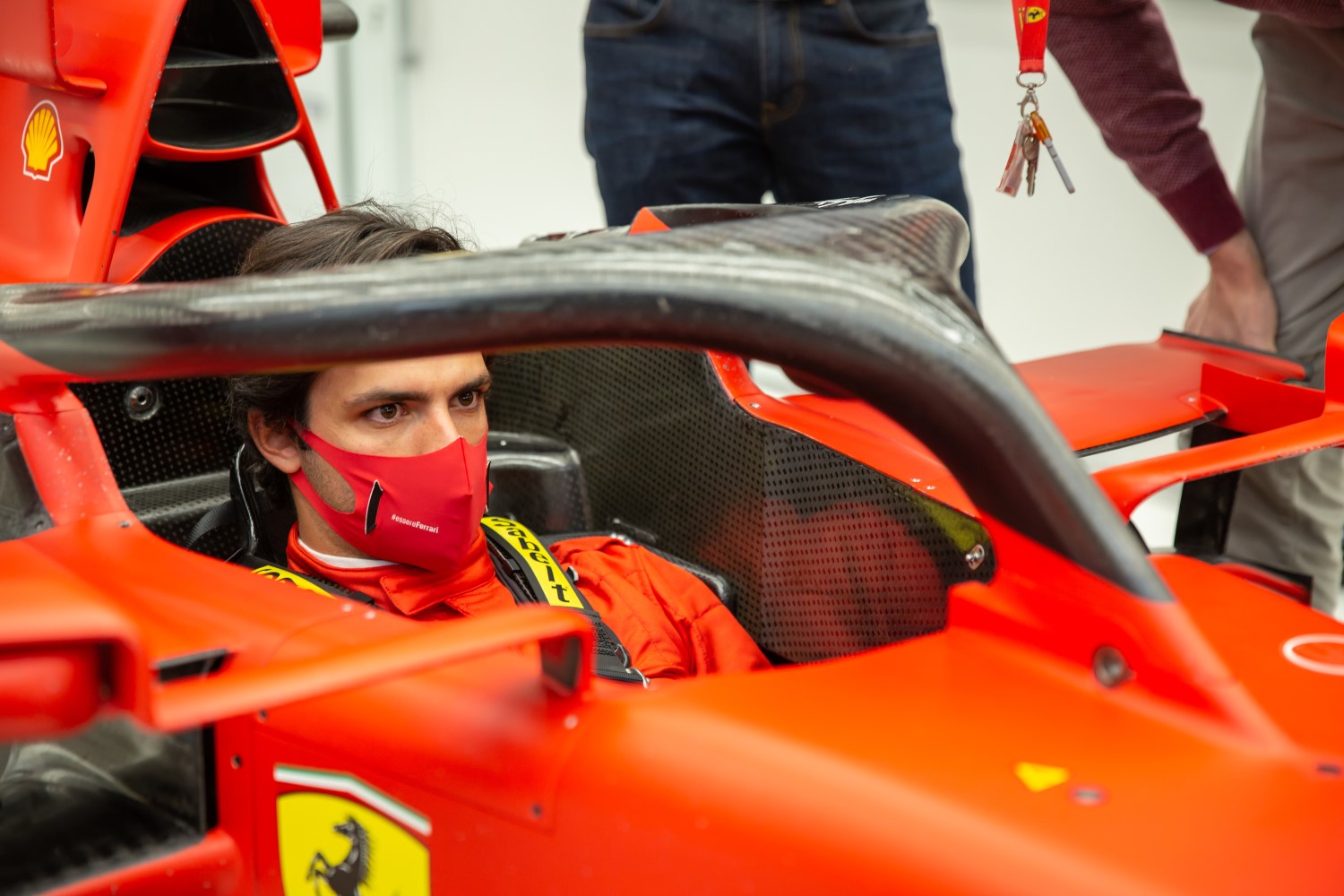 Yesterday, Friday, Carlos Sainz Jr. paid his first visit to Maranello. Next year, his seventh in Formula 1, the 26-year-old will join Charles Leclerc at Scuderia Ferrari Mission Winnow to form the youngest pairing for the Prancing Horse since 1968. The Spaniard arrived early in the day to have a first seat fitting to prepare for the 2021 season.

In the factory. Carlos met some of the engineers and mechanics with whom he will be working and at the end of the morning, he was joined by Charles Leclerc, also in Maranello for some end-of-season meetings. The 2021 drivers also put in an appearance in a virtual lunch meeting for journalists, with the Scuderia Team Principal and Managing Director, Mattia Binotto.

Third Spaniard. In March, when Sainz is due to take part in his first Grand Prix at the wheel of the SF21, as next year’s car will be called, he will become the third Spaniard to have raced for the Scuderia, the other two being Fernando Alonso (96 Grands Prix with the team from 2010 to 2014) and the Marquis Alfonso de Portago, who raced five times in Formula 1 for the Prancing Horse in 1956 and 1957. The Maranello company has also employed two Spanish test drivers: Pedro de la Rosa and Marc Gene, the latter still having links to the marque as an ambassador and a tutor for drivers in the exclusive XX and F1 Clienti Programs.