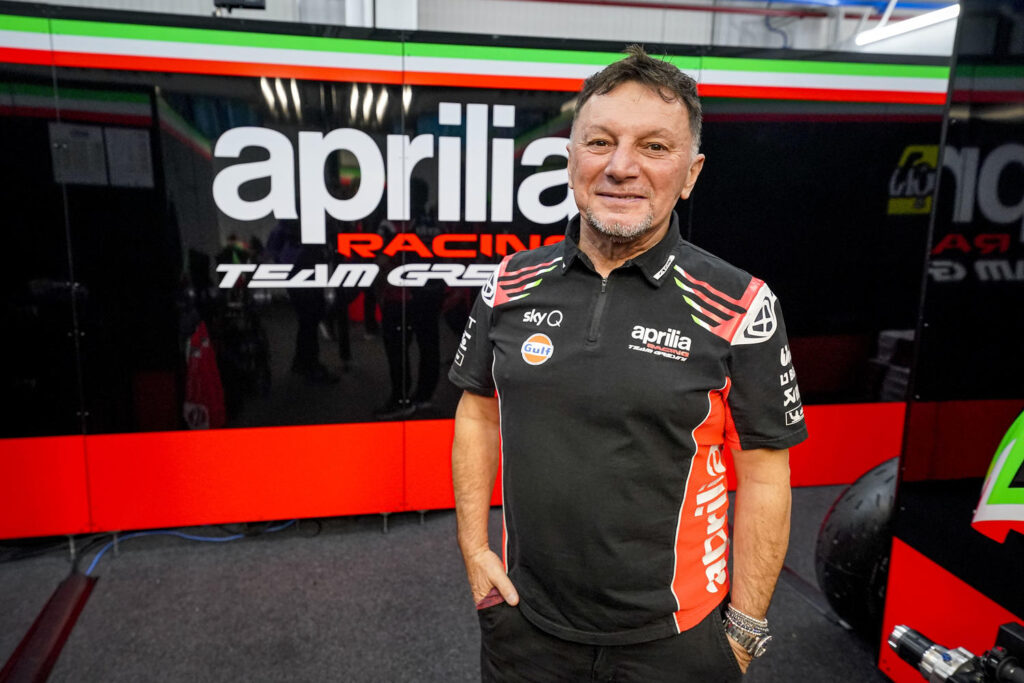 The former grand prix racer was hospitalized since December 27 and his condition had fluctuated in the past weeks, but worsened earlier this week.

The news we would have never wanted to give, and that unfortunately we are forced to share with all of you. After nearly two months battling against Covid, Fausto Gresini has sadly passed away, few days after turning 60. #CiaoFausto❤️ pic.twitter.com/mHMsDgunmb

MotoGP team boss Fausto Gresini is in a medically induced coma in hospital for the second time.

The 60-year-old Italian needed hospital treatment after contracting Covid-19 in December and was brought out of a medically-induced coma last month.

The Gresini Racing boss has been placed in a coma again following further complications.

“The hospital staff are continuing the treatment with the highest-possible intensity,” said a team statement.

“Unfortunately, complications have occurred which made the current clinical picture critical.”

“We need to do our best for ourselves and Fausto,” the team’s Italian Moto2 rider Fabio di Giannantonio said. “He won’t give up and he’ll be back stronger than ever.”

“For more than a week now without fever, rehabilitation is making progress every day, even if the path ahead is still long.

“He is still helped by the breathing machine, but he is also working on it, trying to recover the strength to do it alone.

“He manages to make video calls and to be seen by Nadia [his wife].

“The next steps will be the functional recovery of breathing and nutrition.”

Fausto Gresini has been brought out of his medically induced coma amidst his continuing battle with Covid-19, though he remains on a ventilator in hospital in a sedated state.

His Gresini team shared the news on Thursday morning in its latest update on its figurehead’s condition since contracting the illness shortly before Christmas, the Italian now having been in hospital for 12 days.

MotoGP team owner Fausto Gresini is in hospital with COVID-19, his Gresini Racing outfit has communicated.

The Italian outfit released a short Twitter statement on Wednesday morning revealing Gresini had to be hospitalized on Sunday following a short self-isolation period at his home in Imola, though he has subsequently had to be moved to a specialist Covid-19 ward at the Maggiore Carlo Alberto Pizzardi hospital in Bologna on Wednesday as his condition worsened.

The team stated that further updates will follow regarding Gresini’s condition in due course.

The 59-year-old was diagnosed with the novel coronavirus “shortly before the Christmas break”, according to the team, and was hospitalized on December 27.

No reference was made to Gresini’s condition, other than that it is being “constantly monitored” and that “further updates will follow”.