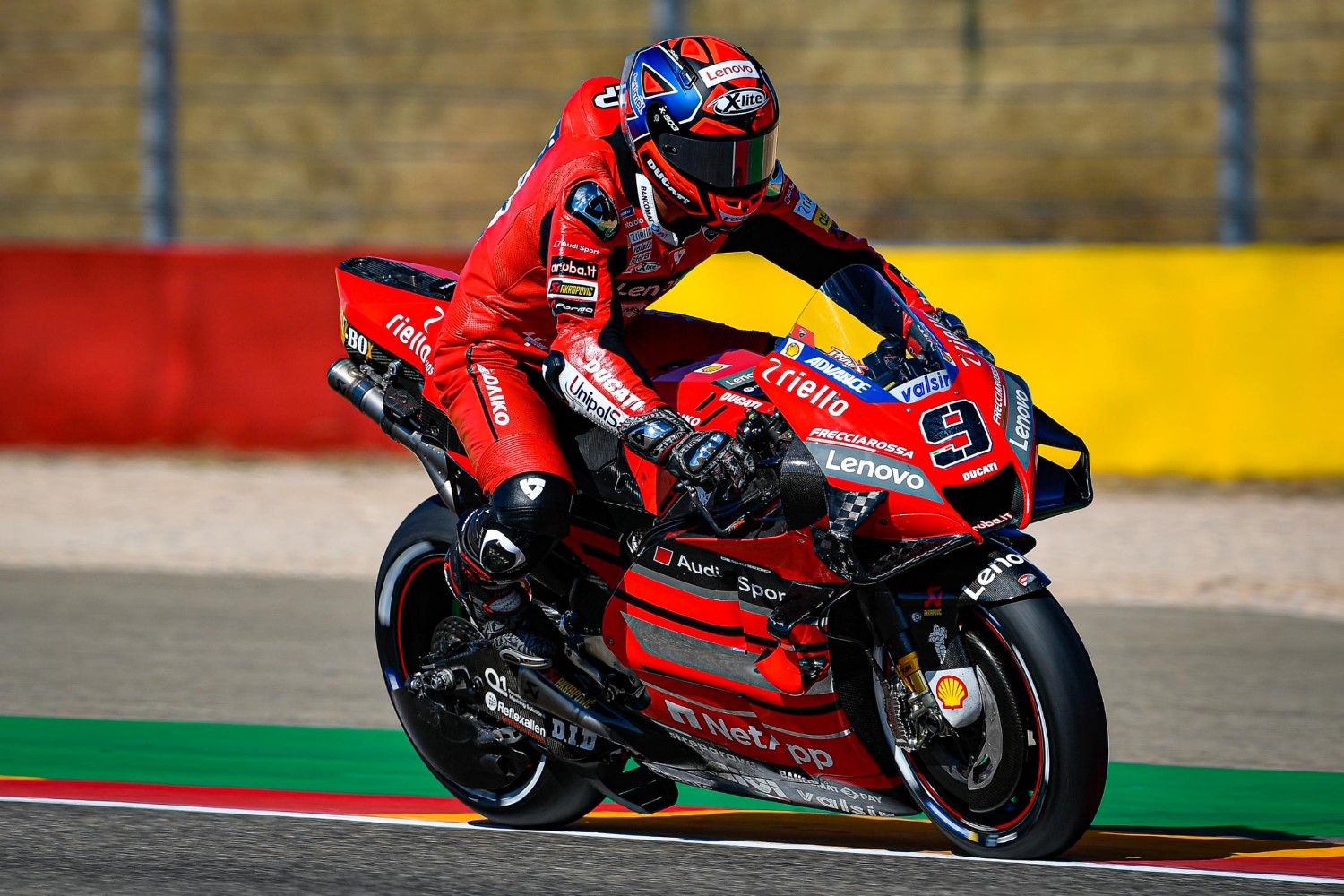 The 31-year-old New Albany, Ohio native posted a covered picture on Twitter, with part of that cover torn off revealing part of what appears to be part of a Ducati logo.

By the way…. this would fit the image. 😉 #MsportXtra pic.twitter.com/xIa4uNnThV

As to what this “exciting news” actually is, presumably relating to the Italian motorcycle manufacturing company, we will have to wait and see what Rahal has in store for next Monday.

Unknown to many, including self-proclaimed die-hard Ducatistas, Ducati once made a go at creating a car in 1946. Until that time, Ducati was into the production of electric components, engines, and motorized bicycles (called “Cucciolos”).

However, the harsh economic conditions of the postwar years forced company executives to examine other prospects that could increase profits. This was why Ducati ventured into automobile production.

The result was a four-wheel two-seater sedan named the DU4. The prototype had a 90° L-twin cylinder four-speed 250cc motor along with a trellis tube frame.

Many of these features, such as the L-Twin engine and the trellis tube frame, would later become signature elements on future Ducati motorcycles.

What Happened To The Ducati Car?

Ducati created a prototype of the original DU4 concept car at its Milan factory, but the automobile never saw the light of day. Instead, the concept car was abandoned in Turin for years and later sold to a private collector.

Some suggest that the success of Ducati’s motorized bicycle, the Cucciolo, had removed the need to create new products. Therefore, executives who had been keen on the production of the DU4 considered the new product risky and unnecessary.

Besides the DU4, Ducati has made subsequent efforts in the automobile manufacturing sector. However, most of these efforts have been limited to partnerships with established carmakers.

The earliest of these efforts was a partnership with British carmaker Leyland, maker of the Triumph Herald and Spitfire models.

That collaboration, brokered by Giuseppe Montano (then Ducati director), saw Ducati build Herald and Spitfire models at its Milan factory.

Those cars perhaps represent the closest thing the world has ever had to a Ducati automobile.

So what’s the big News?

Choice 1: Rahal is getting a new Ducati bike

Choice 2: Ducati will sponsor his car at some races in 2021

Choice 3: Ducati wants to get back into the car business and will become IndyCar’s 3rd engine manufacturer ahead of a car launch in 2025. Ducati is owned by Italian luxury car brand Lamborghini…..who is owned by Audi……who is owned by VW.