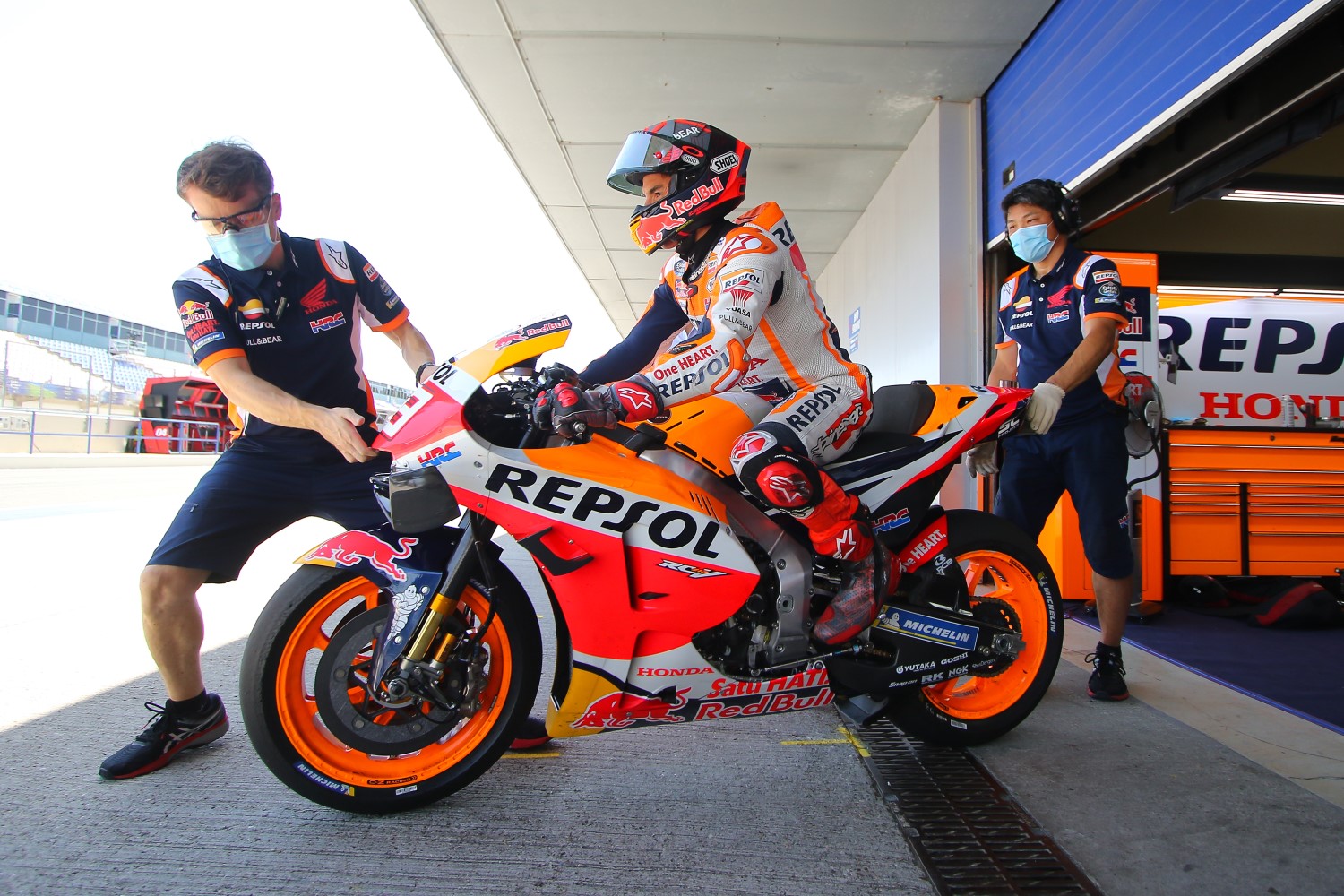 Honda has a Marc Marquez problem. Having undergone a third operation on his right arm in December Marquez is expected to miss pre-season testing, the opener race,  but if the arm heels slow, he could miss as many as the first six races of 2021.

That raises the question as to who would ride the other Repsol Honda alongside Pol Espargaro, who replaces Alex Marquez has been moved across to Castrol LCR Honda ‘B’ team.

That led to a suggestion in Italy’s media that Dorna might bend the rules and allow Honda to field three factory entries.

“Exceptions are out of the question,” he told Italian outlet Motorionline.

“It will not be possible to have more than two bikes per team.

“Honda has two available for the Repsol team and another two for Lucio Cecchinello’s [LCR].”