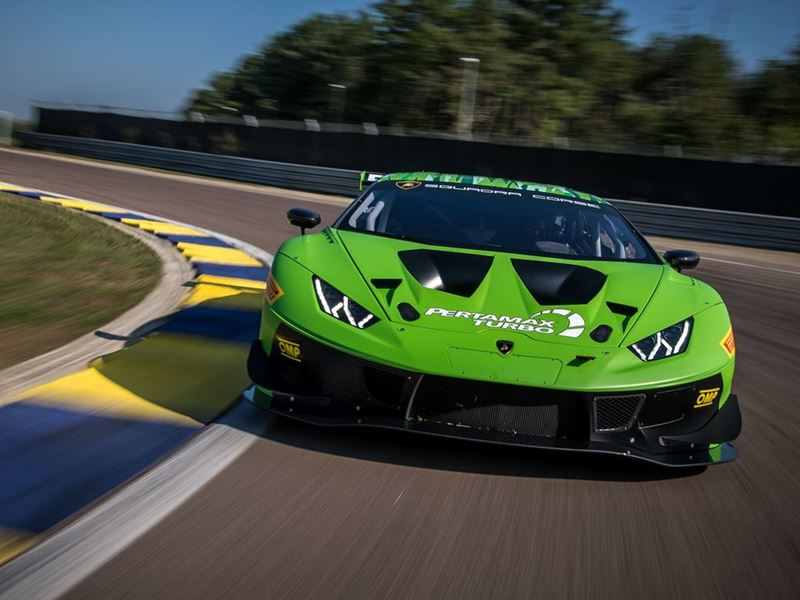 Lamborghini Squadra Corse has unveiled its roster of Factory Drivers for the 2021 season, which will see the return of long-time Lamborghini servant #mirkobortolotti and the graduation of recently crowned British GT champion #sandymitchell into the ranks. Also stepping up is the Lamborghini Young Driver of the year #raulguzman, who will become the development test driver of the Huracán #gt3 Evo.

A number of the existing Factory Driver contingent retains their places as official drivers for 2021. Five Italians feature in the program: 2019 GT World Challenge Europe champions #andreacaldarelli, (who also won the 24 Hours of Daytona in 2020), and #marcomapelli continue, as do #giacomoaltoe and #giovanniventurini. After a season #racing with Audi Sport in 2020, #mirkobortolotti makes a welcome return to Sant’Agata Bolognese as a Factory Driver for 2021. Bortolotti has been a key figure in the success of Lamborghini’s #gt3 ventures in the past, having helped Grasser #racing take victory in the GTD class of the 24 Hours of Daytona in 2018 and 2019.

Albert Costa and Franck Perera have also retained their places in the program, while Scottish Lamborghini #gt3 Junior driver #sandymitchell is rewarded for his standout 2020 season during which he added another class victory in the 24 Hours of Spa, in the Pro-Am category, to his British GT title. The 20-year-old has proven to be one of the most gifted drivers in the Lamborghini Youngster Program, much like #raulguzman, who enjoyed an excellent season in the Lamborghini Super Trofeo Europe championship. The Mexican driver impressed during the end-of-year Young Driver Program assessment tests and will carry out development tests in the Huracán #gt3 Evo next year.