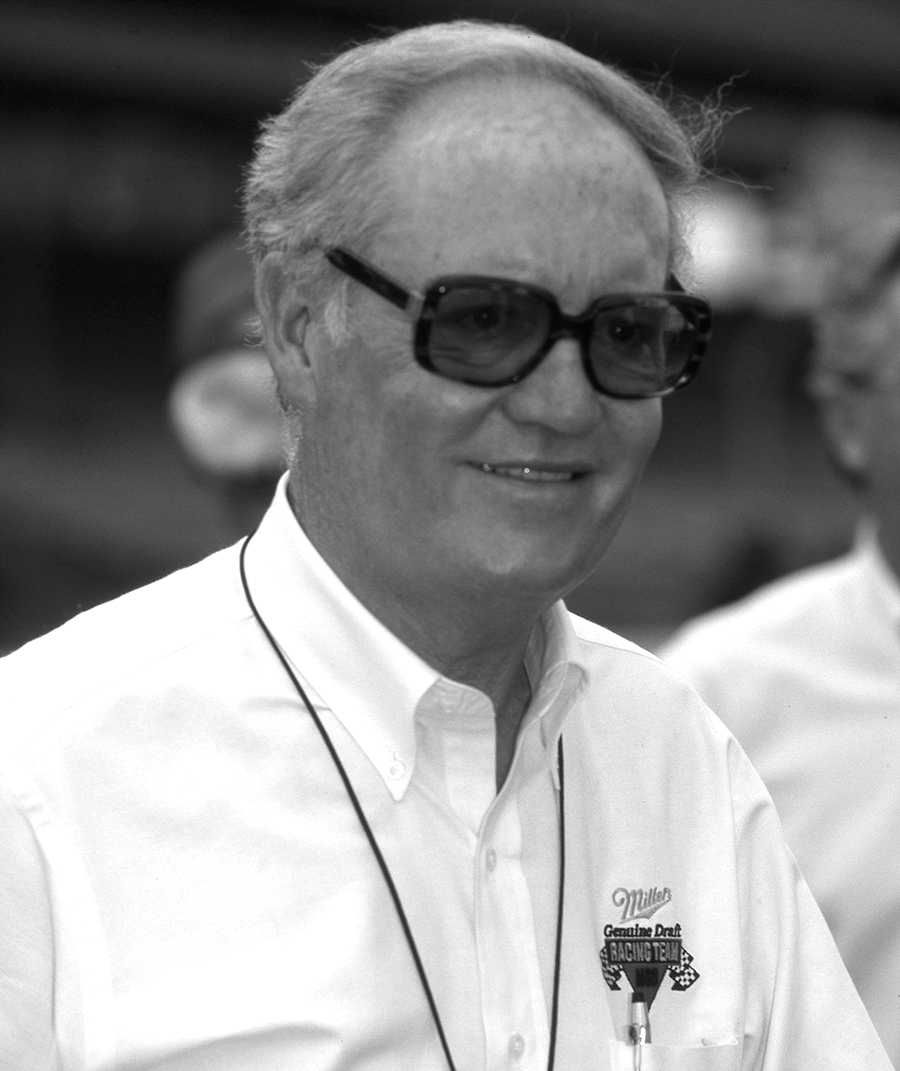 Patrick’s team, Patrick Racing, fielded race-winning Indianapolis 500 entries for Gordon Johncock in 1973 and 1982 and Emerson Fittipaldi in 1989. Patrick entered cars regularly in “The Greatest Spectacle in Racing” from 1970-95, with one final entry in 2004. He is one of just seven team owners with three or more Indianapolis 500 victories.

Kentucky native Patrick was inducted into the Indianapolis Motor Speedway Hall of Fame in 2016 and the Motorsports Hall of Fame of America in 2018.

Patrick began his professional career in accounting but then formed an independent oil company, Patrick Petroleum Co., in 1963 in Michigan after successful drilling efforts in the area. His “wildcatter” efforts to strike oil later were reflected in the name of the chassis his team built, Wildcat.

Patrick’s entry into Indy car racing came through sponsorship of fellow oilman Walt Michner’s team in the late 1960s. Patrick formed his team in 1970, and Johnny Rutherford qualified second in the No. 18 Patrick Petroleum Eagle/Offy in the team’s Indianapolis 500 debut.

The team’s first Indy victory came three years later when Johncock captured the rain-shortened 1973 Indianapolis 500 in the No. 20 STP Double Oil Filter Eagle/Offy. Johncock put Patrick Racing back into Victory Lane at Indianapolis in 1982 after winning a breathtaking duel over the closing laps with Rick Mears, edging Mears at the finish by a then-race record margin of just .16 of a second in the No. 20 STP Oil Treatment Wildcat/Cosworth.

Patrick’s third victory came in 1989, when two-time Formula One World Champion Fittipaldi earned the first of his two “500” victories, this time driving the No. 20 Marlboro Penske/Chevrolet Indy that was co-owned by Chip Ganassi.

Patrick’s team also was the home of two of open-wheel racing’s most legendary crew chiefs. George Bignotti ran Patrick Racing during the mid- and late 1970s, with Jim McGee taking the reins in the 1980s.

Patrick is survived by three sons and one daughter

Ueal Eugene “Pat” Patrick (U. E. Pat Patrick),  founder and owner of Patrick Racing, a team that raced in Champ Cars and the Indy Racing League, has died tonight.

Born in March 1929, Pat was one of the founding members of the CART IndyCar Series in 1978 and the Indy Lights series in 1986. In addition, he and LeRoy Scott were founders of Patrick Petroleum in 1962.

Patrick started his Indy Car racing career as a sponsor of the team fielded by fellow Jackson oilman Walt Michner in 1967. He became a co-owner of the team in 1970 and established Patrick Racing with LeRoy Scott, his partner in the oil business.

The Patrick Racing team won the 1973, 1982 and 1989 Indianapolis 500. Emerson Fittipaldi won the IndyCar title for Pat in 1989. Drivers Adrian Fernandez and Roberto Moreno finished second and third in the 2000 series, which was the last time his cars were front-runners.

He ran a car for Al Unser Jr. in the Indy Racing League in 2004, but after Unser’s retirement, Patrick placed the team up for sale at the end of the year.