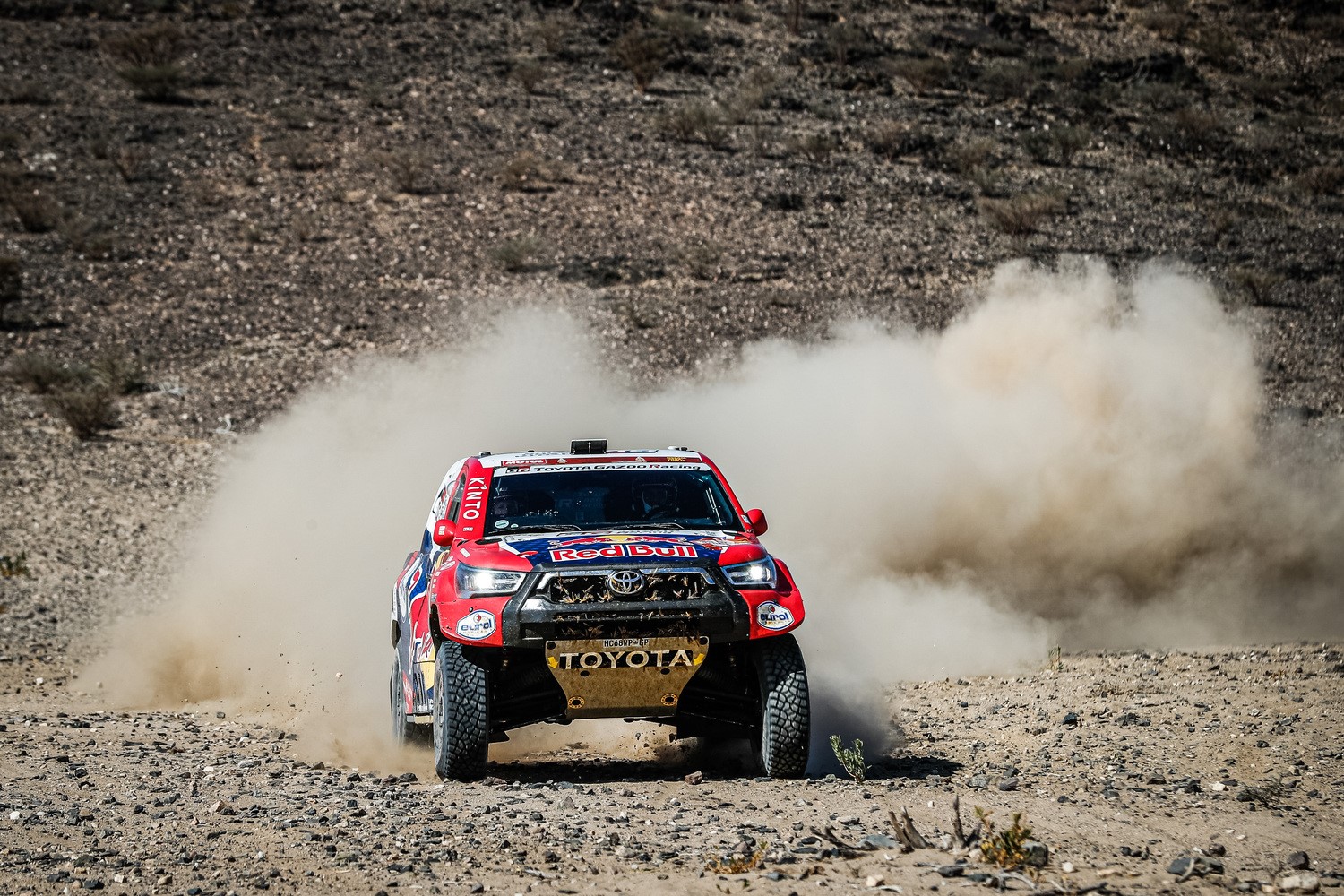 Somewhat counterintuitively, Dakar stages can sometimes be long and fast at the same time, especially when it comes to transition stages in which the link section makes up much of the course without detracting from the excitement of the race. A big part of the stage took place on tracks, not tarmacs —a thoughtful detail that no doubt reminded veterans of the winding tracks of the Ténéré, not least because they were also instructed to change course after reaching a lone tree that evoked memories of a different one. An icon of sorts. The fast special gave competitors the chance to test their top speeds and a taste of the sense of freedom that can only be found in some desert areas of the world. In the second link sector, these dream-like moments in sparsely populated landscapes successively gave way to hamlets, villages and suburban neighborhoods as the race drew closer to the capital Riyadh.

As expected, the competitors who faltered in yesterday’s stage did their best to try and place themselves back into contention. Joan Barreda is a specialist in such scenarios, especially on fast courses on which his scorching pace over great distances enables him to dish out some serious damage. The Honda rider’s 26th career Dakar stage win also catapulted him to second place overall, fifteen seconds behind Xavier De Soultrait.

The car special was just as closely fought, as Al-Attiyah took his fourth win since the start in Jeddah, but by such a slim margin (11 seconds) over Stéphane Peterhansel that their duel at the top of the general standings remained essentially unchanged. Sébastien Loeb also made capital out of the road to Riyadh by claiming fourth place in both the special and the overall, while Mathieu Serradori ran into trouble and finished seventh, 51 minutes back, and Yazeed Al-Rajhi plummeted down the general standings.

In the quad category, Manuel Andújar claimed his maiden Dakar stage win as fellow Argentinian and 2019 champion Nicolás Cavigliasso took command of the general standings. Aron Domżała won stage 4 in the lightweight vehicle category without threatening the overall leader of his teammate at Can-Am, Francisco “Chaleco” López. Finally, the Dmitry Sotnikov festival continued in the truck category while Czech Martin Macík capitalized on Siarhei Viazovich’s setback to move up to second place, 26 minutes behind the leading Kamaz.

KTM announced the signing of Daniel Sanders in late September, just before he entered the Andalucía Rally. The Australian went on to start the 43rd Dakar on the right foot with a podium place in the prologue. Fast-forward a few days and even an eleventh-hour crash and a small time loss in the final kilometers could not stop him from posting the third fastest time in today’s 337 km special to Riyadh. It is a remarkable performance for a biker who learned the ropes in the world of enduro and is only taking part in his second rally raid. The KTM rider, sitting 14 minutes behind Xavier De Soultrait in the general standings as the best rookie so far, is inching closer to his maiden stage win. Fellow Aussie Toby Price came in third in his first Dakar in 2015… Six years later, we could be about to witness the rise of a new Australian prodigy uncovered by the team from Mattighofen.

The Dakar has been a mixed bag for Yazeed Al-Rajhi since the start of the second edition of the Dakar in his country. The Toyota driver, who came in 44th on Tuesday after finishing third in the prologue, suffered a mechanical at km 30 and had to wait for his support crew. Although he eventually managed to resume the journey towards Riyadh after almost three hours, the driver who finished fourth in 2020 will end the day almost 5 hours behind Peterhansel in the general standings, postponing his dreams of a Dakar victory on home turf for at least a year.

At the average speed of 129.63 km/h set by Nasser Al-Attiyah, the winner of the car stage to Riyadh, his 11-second margin over Stéphane Peterhansel is tantamount to 395 m —just under the length of a running track— after 337 kilometers of racing.

The 4×4 Toyota HDJ 80 is a true Dakar classic. The Merino Bros bought one that took part in the 1993 edition. The younger of the two brothers, Julián José, had taken part in the previous five editions on a motorbike, finishing three of them. This time round, he has gone for a more “old-timey” challenge.

Stéphane Peterhansel: “It’s just one relentless attack after another“

The overall leader is having to dig really deep to defend his lead over Nasser Al-Attiyah.

“We’re not marking one another, it’s just one relentless attack after another, and in the end we finished in the same time! Apart from a small navigation error near the finish, I don’t think I can push much harder. To stay in contention, we need to go all out. So far, so good, as we aren’t making too many mistakes. In the old times, 50% of all contenders would be knocked out of the race by driving mistakes or technical issues, but it’s become far less common, so you just have to hold on.“